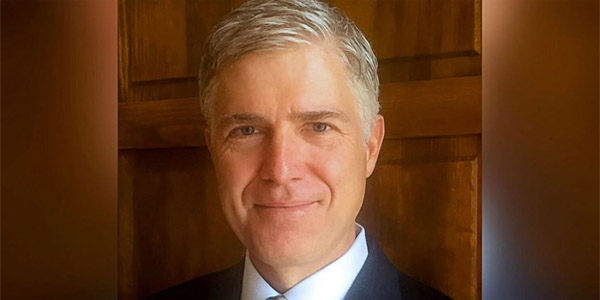 Millions of Americans are not fans of President Donald J. Trump and that’s alright; the United States was founded and built on a political system that encourages debate over competing ideas, and may the best of them win favor among the people.

But our founders also believed that America should exist, and would thrive, upon the rule of law. In that vein, even Trump detractors should be glad that his Democratic rival, Hillary Clinton, is not now sitting in the Oval Office.

Why? Because throughout her political career — love her or hate her — Hillary Clinton and her husband, former President Bill Clinton, have demonstrated time and again they have no respect for the rule of law, only the rule of Left-wing politics. Hillary well demonstrated that during her stint as Barack Obama’s secretary of state, conducting official business on a personal email server she kept hidden to avoid federal records and archiving mandates. And in the process, she trafficked in, and very likely exposed, some of our country’s most sensitive intelligence secrets.

What’s also true is that had Clinton won, she would not have nominated Justice Neil Gorsuch to the U.S. Supreme Court, an eminently qualified constitutional originalist who has already made history by ensuring the nation’s highest judicial body upheld a statutory president’s power and responsibility to keep Americans safe (including those who don’t care for him).

Gorsuch sided with the majority in Monday’s ruling that lifted a stay on one of Trump’s earlier executive orders implementing a 90- and 120-day travel ban to the U.S. from six terrorism-infested countries — Iran, Libya, Somalia, Syria, Yemen and Sudan — that had been imposed by lower courts that based their decision not on what statutory law says, but on what the president said on the campaign trail last year. (RELATED: Flashback: Why the claim that Russia wanted to help Trump and not Clinton NEVER made any sense)

Trump repeatedly said he would ban travel to the U.S. from Muslim-dominated countries where terrorism and terrorist organizations proliferated; the dishonest “mainstream” media and Democrats conflated that into a “Muslim ban” based solely on “religion,” and that’s the reasoning given by the lower courts for halting Trump’s executive orders.

But Congress has long granted presidents the power to ban travel to the U.S. by anyone he deems a threat to the country, as noted clearly in Section 212(f) of the Immigration and Nationality Act of 1952.

Had she become president, Clinton no doubt would have either re-nominated Obama’s third SCOTUS pick, Merrick Garland — whom the GOP-controlled Senate refused to hold confirmation hearings — or some other far-Left activist-in-disguise who would have likely ruled to uphold Trump’s travel bans on the fallacious “religious discrimination” grounds that the Left-leaning lower courts cited.

And that would have been a grave blow to the rule of law.

Mind you, when Obama was president, he issued some of the very same executive orders, which were also based on his constitutional authority as the final arbiter of national security policy and his statutory authority — and no one challenged them as “unconstitutional violations of religious liberty” in federal court. Had they, there’s no question that federal courts would have ruled against the plaintiffs, just as SCOTUS has ruled against lower courts that were cherry-picked by Left-wing activists who sought a favorable ruling from friendly federal judges.

Just like Trump, Obama was fulfilling his sworn duty to protect the country as he saw fit. That’s a principle responsibility of our presidents, and the lower federal courts ruling against Trump’s attempts to protect Americans put them at risk, and for nothing more than pure partisan politics.

Gorsuch has helped reinstate the rule of law. A Clinton Supreme Court pick would have ruled that the law is whatever politically-motivated Marxist federal judges say it is.