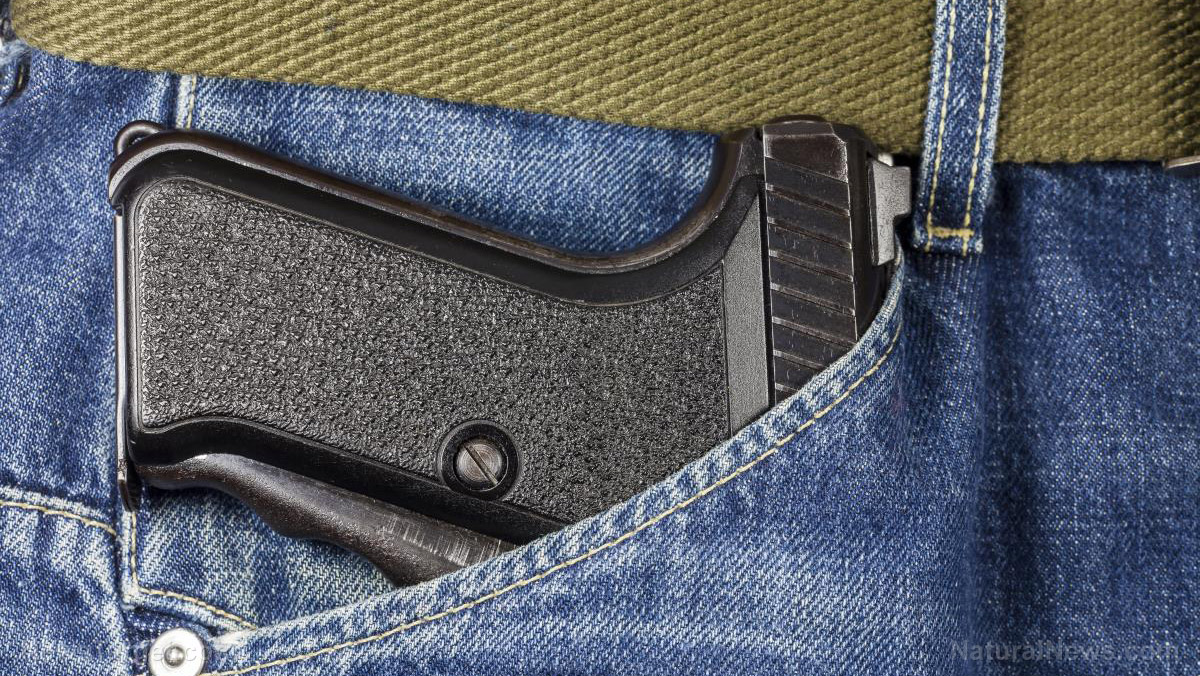 Anyone who follows politics and current events knows that there has been an ongoing debate between the pro-gun conservatives and the anti-gun liberals for quite some time now. But one debate that doesn’t get nearly as much attention is the debate over whether its more effective to conceal carry or to open carry. Indeed, an argument can be made that open carry has the potential to deter crime before it even happens. However, a gun owner by the name of Terry Nelson recently published an article on OffTheGridNews.com arguing that concealed carry is better than open carry for a number of different reasons.

First, Nelson argues that not letting everyone know that you are carrying a firearm can potentially give you a tactical advantage. He argues that its best to simply blend in and keep quiet, and to have consideration for those who may not be comfortable being in the same vicinity as someone who has a gun visibly attached to his or her hip. This is a fair argument, especially considering the fact that’s its never a good idea to draw unwanted attention to yourself. However, when it comes to your right to keep and bear arms, it’s important to do what is best for you and your own personal self-defense. Considering how others feel is nice, but it shouldn’t necessarily be enough to persuade a gun owner to conceal carry.

Nelson later goes on to elaborate on his argument that concealed carry gives the gun owner a tactical advantage. He makes the case that “If you are carrying open, you may unfortunately be the criminals’ or terrorists’ first target.” Even though Nelson acknowledges that open carry may also dissuade the attacker to begin with, he would rather have the element of surprise than spend time focusing on the bad guys’ ill intent.

The next point that Nelson makes is one of his best. He argues that if you open carry in public, you increase the chances that someone will become uncomfortable and get the police involved. When someone calls about a “man with a gun,” law enforcement must respond. Nelson makes the point that if you were to conceal your firearm, you would not only avoid unnecessary contact with law enforcement, but you would also allow the police to spend their time going after real criminals who are really breaking the law.

“Consider the view of the general public,” Neslon goes on to say. “More and more of the general public today get downright upset when they see a gun carried openly. Being frightened or offended are common responses. Should you care? I believe so.” With all due respect to Mr. Nelson, this point has a lot of room for debate. Others would argue that the Second Amendment doesn’t say “you have the right to bear arms, so long as it doesn’t offend anyone.” It says what it says, and frankly, how others feel about you carrying a gun out in the open is irrelevant, given that it is legal in your state.

The fifth and final point that Neslon makes in support of concealed carry over open carry is another valid one. In so many words, Nelson says that open carry only encourages businesses, restaurants and schools to post “gun free zone” signs, which, as a side point, don’t do anything whatsoever to deter criminals. Having a visible firearm by your side will only encourage more restrictions, whereas concealing the firearm will keep the issue of guns off the grid and under the radar.

Whether you choose to conceal your gun or whether you choose to open carry, the fact of the matter is that our country needs as many armed citizens as possible. Because as history has taught us time and time again, the most powerful force against a bad guy with a gun is a good guy who is ready to pull the trigger at a moment’s notice. (Related: Follow more news on firearms at Guns.news.)