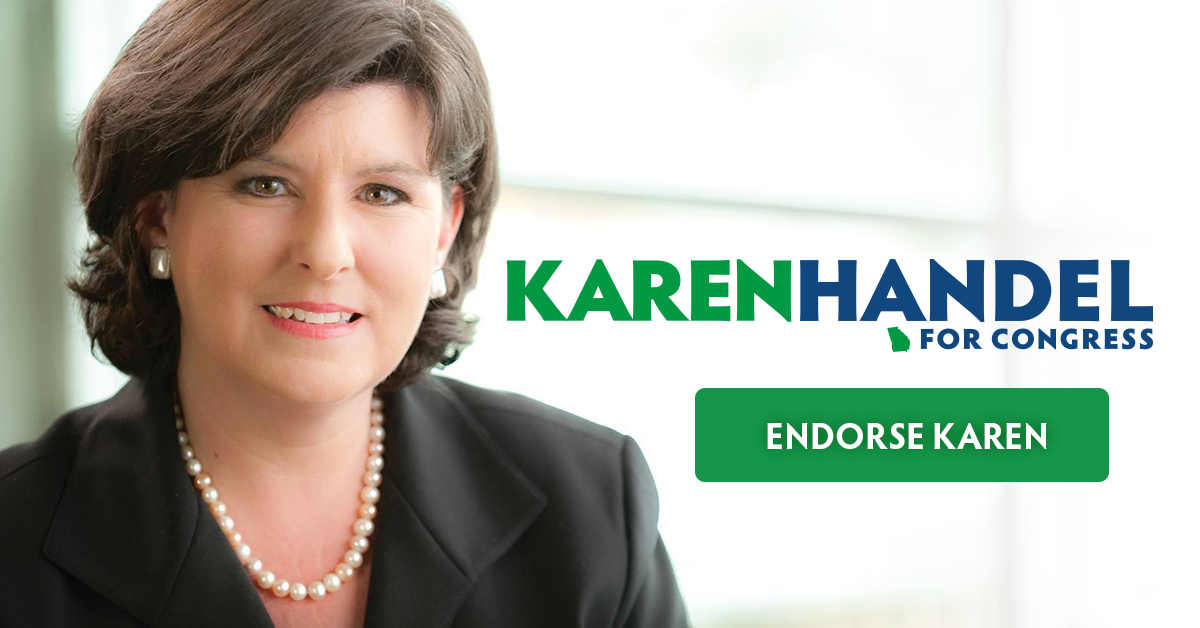 Democrats and their sycophantic bots in Hollywood can’t catch an electoral break these days, having lost yet another special election after hyping it once more as a supposed ‘referendum’ on President Donald J. Trump.

Republican Karen Handel defeated Democratic challenger Jon Ossoff for a seat in Georgia vacated by Tom Price, who gave it up to serve as Trump’s Health and Human Services secretary. And while the results were much closer than Republicans would have liked — 51.8 percent to 48.2 percent — the loss for Democrats was more than just heartbreaking, it was expensive.

As reported by Lifezette, Democrats and Democratic allies, many of them from far-Left districts outside of Georgia, spent a whopping $26 million-plus on Ossoff’s failed campaign, putting Democrats’ record of special elections in 2017 at 0-4 (Republican Ralph Norman bested Democrat Archie Parnell in a race to replace Mick Mulvaney, who surrendered his South Carolina seat to become Trump’s director of the Office of Management and Budget).

In addition to the money spent, Hollywood Leftists went all-in for Ossoff, a guy none of them had even heard of a couple months ago. As reported by Breitbart News:

Ossoff, a 30-year-old documentary filmmaker-turned-Democratic politician, had received a steady stream of support from some of Hollywood’s biggest stars. Some of the most vocal celebrity critics of President Donald Trump, including Rosie O’Donnell, Jane Fonda, and Samuel L. Jackson, donated time and money to help Ossoff’s campaign.

Jackson made a 45-second radio ad for Ossoff and in it directly urged Georgia voters to “stop Donald Trump, a man who encourages racial and religious discrimination and sexism” — though he doesn’t.

Also, actor John Leguizamo asserted that if Ossoff were to lose, the very concept of American democracy (we’re a republic, actually) would fade to black, showing just how unhinged, and desperate, the Hollywood Left was for victory.

As before in previous special elections, Democrats and their media allies were positioning the Ossoff-Handel contest as a referendum on Trump, with their hope that a GOP loss could be spun into a narrative that Republicans were having ‘buyer’s remorse’ for having voted for him in November. (RELATED: Prediction: Special counsel Mueller will investigate Team Trump until SOME “crime” is either found or manufactured)

And no doubt that Democrats will still attempt to convince Americans of that falsehood, since the race was very close and since Price won the seat by a 20-point margin in November. But Price was an incumbent and a known quantity to the district; also, the sheer amount of money spent by Democrats, combined with a massive get-out-the-vote campaign, guaranteed that the party would make the race more of a contest this time around.

But the end result is all that matters: The seat remains in GOP hands, as Trump’s popularity continues to rise and Americans, in general, express the highest confidence in the president’s ability to deliver on his promises of economic growth, as CNBC reported this week.

The network’s “All America Survey” found that 30 percent of the public is optimistic about the economy now and in the future — the second straight quarter that present-future optimism has been so high. In fact, it’s the highest its been in the survey’s 10-year history (and certainly far higher than at any point during the economically dismal Obama years).

As for Democrats, in regards to what the party will do next in terms of messaging for future political races and 2018 in general, there will no doubt be lots of second-guessing, hand-wringing and blame beforehand. But one thing is apparent: The party’s non-stop “resistance” and Trump hate is not winning converts and may actually be hurting it.

“It’s not going to work for us just to have an anti-Trump message,” Rep. Cheri Bustos, D-Ill., told CNN Tuesday night after the Georgia election results came in.

“Donald Trump frankly, had a message that resonated with people who haven’t got a raise in the last five years, who saw their jobs, like a plant in my district, Maytag, ship every last one of the jobs over to Mexico,” she said. “We’ve seen so many of those stories, and when he talked about making America great again in very simple terms, that resonated with people who wanted hope. What we didn’t talk about enough, consistently, was about jobs, the economy, and fighting for people who want better times ahead.”