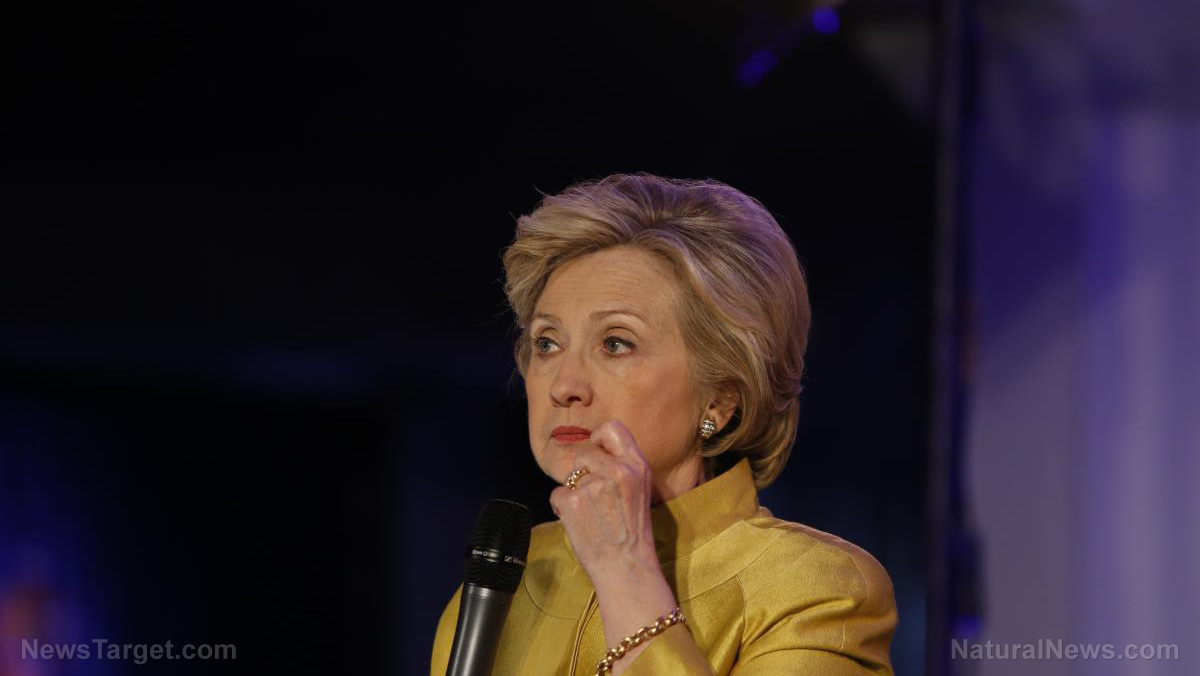 Throughout her political career Hillary Clinton, like her president husband, fancied herself a champion of minorities. Because they are Democrats, you see, no one cares more about minorities than they do. Heck, Bill was even nicknamed “the first black president” and was even honored as such by the Congressional Black Caucus in 2008 (an ‘honor’ that likely infuriated the country’s first real black president, Barack Obama).

But as is often the case, the reality for the Clintons — and Democratic politicians in general — is much different than the hype: Hillary, for certain, is no champion of minorities. And in fact, in her own words, she may very well have exploited black prisoners during her time as first lady of Arkansas.

In recent weeks Twitter exploded (as it often does) over the release of two pages of Clinton’s 1996 book, “It Takes A Village,” in which she writes about prisoners who worked in the Arkansas governor’s mansion she shared when her husband was then head of state, from 1979-1981 and 1983-1991.

“When we moved in, I was told that using prison labor at the governor’s mansion was a longstanding tradition, which kept down costs,” she wrote, adding that most of the laborers were convicted killers. She said she became friendly with “a few of them, African-American men in their thirties who had already served 12 to 18 years of their sentences.”

And even though she was friendly with a few, Clinton nevertheless noted: “We enforced rules strictly and sent back to prison any inmate who broke a rule.” Though she has no special training or education in psychiatry, Clinton nevertheless asserted that the men did not have “inferior IQs or an inability to apply moral reasoning.” Rather, they were probably just “emotional illiterates.”

Clinton never discussed whether the prisoners working at the mansion were compensated in any way, though a 2016 article published by Mother Jones reported that “some states, including Texas, Arkansas, and Georgia, do not pay inmates at all.”

That prompted Jing to tweet: “Hillary Clinton was a direct participant in what @samswey correctly described as modern slavery.”

In her tome, Clinton attempted to soft-pedal the reality of black men not being paid to serve wealthy white women. However, she gave a speech in 1996 — the same year her book was published — in support of her husband’s very controversial (among the Left) Violent Crime Control and Law Enforcement Act of 1994, which critics say streamlined mass incarceration that disproportionately affected black men and especially young black men. (RELATED: Wing Nut: Hillary NOW Claiming Trump’s “Shoestring” Campaign Operations Were Vital To “The Russians” So They Could Meddle In Election)

“We also have to have an organized effort against the gangs,” Clinton said during her New Hampshire speech, according to Disobedient Media. “They are often the kinds of kids that are called super predators — no conscience, no empathy. We can talk about why they ended up that way, but first, we have to bring them to heel.”

Of course, Clinton has since apologized for the politically expedient speech, which was full of inflammatory language. And she has also said portions of her husband’s 1994 legislation were “a mistake.” But that’s Clinton, isn’t it? She’s all about being politically expedient, which means she has zero credibility and even less integrity.

She reached out to the black community in 2008 (when she lost the nomination to Obama) and again in 2016 (when she lost the general election to Trump). But what she cannot hide is that she did support her husband’s crime bill, and during his tenure the sentencing disparity of blacks for crack cocaine possession far surpassed that of powdered cocaine possession, which more often was a crime committed by whites.