If you’re looking for an example of a left wing, government run “utopia,” look no further than the state of California, where illegal aliens run rampant and nearly everything is regulated by a vast army of bureaucrats. In California, the only thing that is attacked more than the job-creating businessman is the United States Constitution, the words of which are constantly being distorted or ignored entirely. As of late, the part of the Constitution that is under assault by the golden state government is that part that reads “the right of the people to keep and bear arms shall not be infringed.”

A bill sponsored by State Senator Anthony Portantino and labeled “firearms rationing” by the Firearms Policy Coalition would prevent Californians from purchasing more than one firearm every 30 days. SB 497, which applies to not only pistols by also to rifles and shotguns, states, “A person shall not make an application to purchase more than one firearm within any 30-day period.” The proposed law would exempt law enforcement agencies, correctional facilities, licensed firearms dealers, production companies and licensed collectors.

“The bill would make the 30-day prohibition and the dealer delivery prohibition described above applicable to all types of firearms,” states the legislative counsel’s digest of SB 497. Should this piece of proposed legislation become law, those who violate it can be prosecuted as criminals.

In 2014, Chris Cox, the executive director of the NRA’s Institute for Legislative Action, weighed in on the debate over gun rationing laws. “Gun rationing laws set a bad and unconstitutional precedent that government can limit the frequency with which a law-abiding citizen may exercise a constitutionally protected right,” he said. “If governments can limit law-abiding citizens to one gun a month, they can extend it to one gun a year, one gun a lifetime, or no guns at all.”

To fully understand the rationale behind SB 497, you have to have a basic understanding of the modern day Democrat Party. Although most Democrats refer to themselves as “progressives,” a more appropriate term is “statist” – that is, one who believes in complete governmental control over all aspects of society. The statist resists the idea that man has the ability to govern himself, and instead believes that human beings can only achieve happiness if the federal government is there to help. A classic example of this was when former President Barack Obama famously declared that if you have a business, “You didn’t build that. Someone else made that happen.” In this way, Obama was not only perpetuating the myth that success can only come with help from a centralized authoritarian state, but he was also talking down to those who achieved success on their own without government assistance.

This same philosophy can be applied to the left’s position on firearms. Statists, or in this case lawmakers from the state of California, believe that people are incapable of figuring out how to properly defend themselves. Furthermore, they seem to think that the people of California will be safer overall if individuals are only allowed to purchase one firearm per month. But what happens if someone feels that they need to buy more than one gun in the same month in order to properly defend himself, his family and his property? What if John Smith buys a handgun on the third day of the month, but then there are a series of home robberies that occur over the next few weeks? Would Mr. Smith not be allowed to go out and purchase a shotgun for home defense, even though he legitimately needs one?

Put simply, SB 497 takes more decision-making authority away from the individual and puts it into the hands of a few dozen politicians. This runs contrary to everything America was founded on, and at the end of the day, the Second Amendment still says what it says: The right to keep and bear arms shall not be infringed upon. 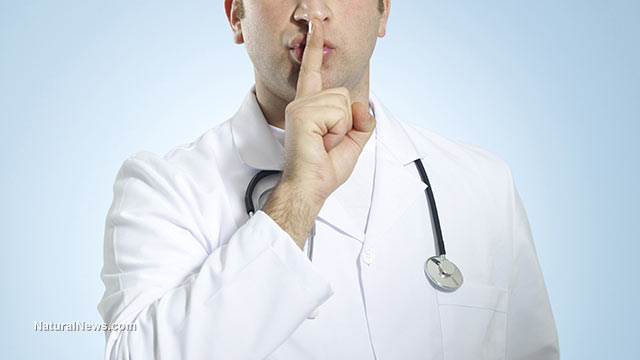 The dystopian vision of the health information police
By News Editors