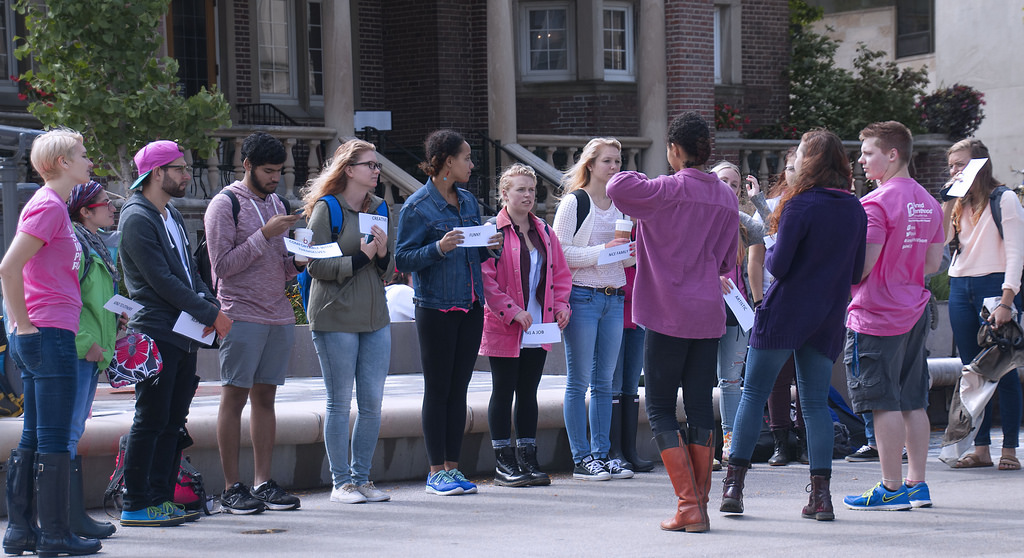 Taxpayers in California will soon be forced to sponsor so-called “Social Justice Activists” (SJAs) who will be tasked with patrolling college campuses and “educating” their fellow students about the systematic oppression supposedly being instigated upon them by white, straight males.

The University of California, Los Angeles (UCLA) has agreed to start paying between 8-10 SJAs to walk around campus and indoctrinate whomever they come across about the perils of whiteness, patriarchy, and heteronormativity. UCLA plans to pay these SJAs quarterly for their services, beginning this fall when students come back for the 2017-2018 school year.

Any student wanting to participate in the program will presumably have to be non-white, female, and/or a member of the LGBTQ community in order to qualify, as anyone else is considered to be part of the system of oppression. Only those willing to advance the agenda that being white, male, and not sexually interested in the same sex is an evil to be eradicated, along with freedom of speech, are considered to be viable candidates.

Applicants for the program are reportedly required to explain why they’re interested in social justice, and more importantly which gender pronouns they prefer to be called. Identifying the “zis” and the “hirs” from among potential applicants is one way that the school can easily weed out the non-desirable “he” and “her” candidates who are being targeted for extinction on campus.

“Social Justice Advocates will systems [of] oppression and how they intersect and build upon each other to maintain the status quo,” a description of the program reads. “Most importantly individuals and the collective will be empowered through liberatory scholarship and practices and strengthening their emotional intelligence to create change within their spheres of influence.”

Truth Revolt‘s James Allsup addresses the issue in a new video he posted to YouTube that you can watch here.

It’s a situation so absurd that it almost sounds like satire – the idea that an alleged institution of higher learning would pay students to incite racism, sexism, and heterophobia in the name of “social justice.” But it’s happening as we speak, and not just at UCLA.

There are many so-called “Bias Response Teams” popping up all across the country, according to HeatSt.com. A report conducted by the Foundation for Individual Rights in Education (FIRE) identified some 232 public and private American colleges and universities where the anti-white male narrative is being perpetrated on campus.

As many as 2.8 million students are potentially being exposed to this toxic message, which also seeks to silence all forms of speech and expression that counter it. Any student who is heard saying something that might be perceived as “offensive” could become the subject of a Bias Response Team investigation. Any student found to be “guilty” of a thought or speech crime is invited to participate in a “hearing.”

“Examples of Bias Response Teams exercising their power include a student humor publication at the University of California, San Diego (UCSD) that lost its funding after making fun of ‘safe spaces’ on campus,” writes Lukas Mikelionis for HeatSt.com. “At Ohio State University, students had to attend a ‘mandatory floor meeting about triggering events’ after a group of students was reported for sharing memes comparing Hillary Clinton to Adolf Hitler.”

FIRE Senior Program Officer Adam Steinbaugh says incidents like this send the destructive message to students that free speech is off limits in college. It also encourages people to whine and scream whenever they hear something they don’t like, rather than engage in an intelligent debate or conversation like a normal person would.