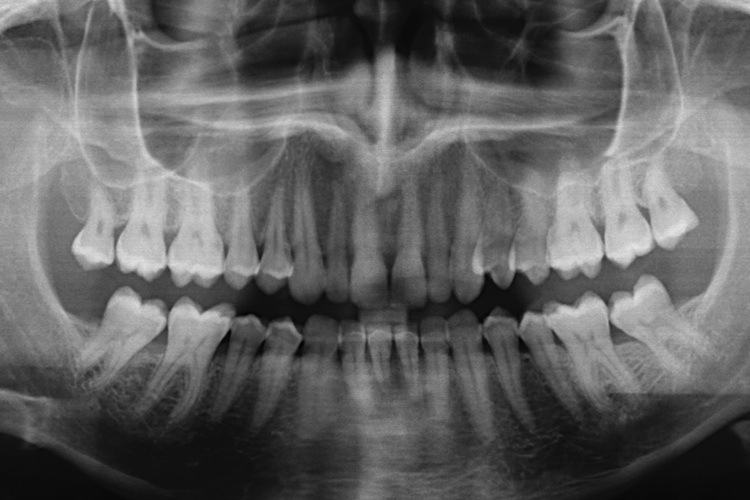 Dental amalgam is made up of 50 percent mercury – a toxic heavy metal linked scientifically to neurological problems, kidney problems and infertility. In 1991, the World Health Organization reported that mercury fillings are the predominant cause of mercury exposure. So, the question remains: is YOUR dentist telling you the whole truth about your health?

The American Dental Association (ADA) continues to deny the dangers of mercury-based, silver fillings – insisting that dental amalgam is a “safe, affordable and durable” material used to restore the teeth of over 100 million Americans.

It’s time to expose the real health threats posed by modern dentistry. On the next NaturalHealth365 Talk Hour, Jonathan Landsman and David Kennedy, DDS, a biological dentist and noted authority on the dangers of modern dentistry, reveal the shocking hazards of mercury-based silver fillings, fluoride treatments, root canals plus much more! If you would like to discover the best ways to avoid being harmed by these toxic dental practices, join us for an important program that the ADA would wish you to miss.

If mercury stayed inside teeth, as intended, the danger might not be so severe. But the fact is: silver fillings leak mercury daily in the form of invisible and odorless vapors – which are released with such common, everyday activities as chewing food, drinking hot beverages, grinding teeth and undergoing routine dental procedures.

In a video produced by the International Academy of Oral Medicine and Toxicology, an extracted tooth displayed against a phosphorescent screen clearly shows streams of vapor issuing forth. According to the IAOMT, the vapor is being released in amounts 1,000 times higher than the EPA limit for the air we breathe.

Animal studies have shown that mercury fillings cause accumulations of the heavy metal in the jaw, stomach, liver and kidneys – and can spread to every organ in the body. Researchers also found decreases in kidney function – and noted, alarmingly, that mercury migrates to the placenta and fetus as well.

In addition, an often-fatal heart condition, idiopathic dilated cardiomyopathy, has been linked to mercury. The hearts of patients with IDCM have been shown to contain 22,000 times more mercury than hearts that are affected by ordinary cardiovascular disease.

Harold Loe, former director of the National Institute of Dental Research, reports that using mercury requires removing large amounts of healthy tooth substance along with the diseased areas, resulting in a weakened tooth. The tooth may eventually break off, necessitating a crown – which also may break down, leading to costly repairs and, eventually, total failure and extraction.

Join us, for the next NaturalHealth365 Talk Hour, to find out how to minimize the harm from these dental dangers including, how to find a biological dentist, tips on safe mercury filling removal, and more.

Another threat to health supported by conventional (‘modern’) dentistry is the fluoride that exists in dental fluoride treatments, tap water and toothpaste.

Many toothpaste brands feature brightly-colored, cartoonish packaging and candy flavors, and are obviously designed to target children. However, these fluoride-laden products are anything but safe, with an FDA-required poison warning directing users to seek medical attention if they swallow more toothpaste than would ordinarily be used for brushing teeth – a clear indication of the dangers inherent in the product.

Risks from fluoride ingestion include stomach problems, skin rashes and the danger of acute toxicity – which features a constellation of symptoms including stomach pain, nausea, headache and dizziness.

Excess fluoride can also cause impairments in glucose metabolism, with studies showing that even the dose routinely ingested by children from their toothpaste – 95 ppb – can cause higher blood sugar levels, along with decreased levels of insulin. Dr. Kennedy plus many other healthcare professionals would like to see fluoride removed from all consumer products.

Astonishingly, a single tube of bubble-gum flavored Colgate-for-Kids toothpaste contains 143 mgs of fluoride, potentially fatal to a child weighing less than 66 pounds. Fluoridealert.org reports there are over 23,000 reports of fluoride poisoning from toothpaste a year – and it is believed that many more go undiagnosed and unreported.

Don’t miss the next NaturalHealth365 Talk Hour – details below.

Discover the best ways to AVOID being harmed by modern dentistry and improve your health – Sun. Jun. 18

David Kennedy received his Doctor of Dental Surgery degree from the University of Missouri at Kansas City, and his degree in Comparative Biochemistry and Physiology from the University of Kansas. A past president of the International Academy of Oral Medicine and Toxicology, Dr. Kennedy practiced biological dentistry for over 30 years in San Diego, CA, and is the creator of “FluorideGate,” a film detailing the dangers of fluoride.

Now retired from active practice, Dr. Kennedy is passionate about educating the public about the need to use the science of toxicology in making health-centered dental decisions.