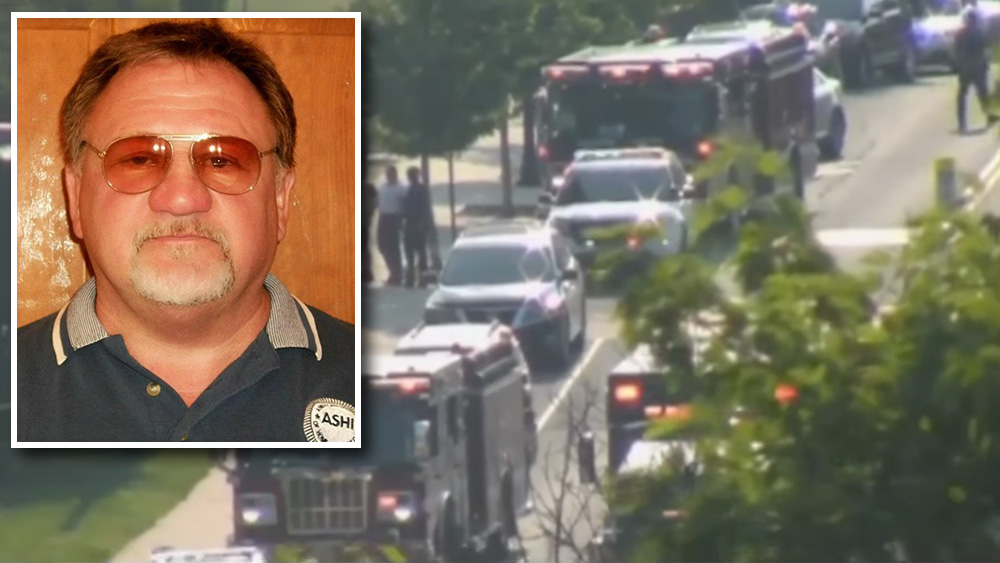 The perpetually angry Left — which has been cultivated and nurtured by the Democratic Party and its allies in the “mainstream” media since before President Donald J. Trump was inaugurated — has now elevated its political violence to a new level, as evidenced by an attack involving a gunman in Virginia who reportedly said he was specifically targeting Republican congressmen.

House Majority Whip Steve Scalise of Louisiana was shot and wounded in the hip as he and several other GOP lawmakers were practicing for a charity softball game at a field in northern Virginia, just outside of Washington, D.C., Wednesday evening. Two Capitol Police officers and another GOP staffer were also wounded in the attack, reports noted. (Related: Follow more breaking news on violent shootings at Shootings.news.)

As noted by CNN and other outlets, Scalise — the third-ranking member of the House leadership — and the others were shot in what authorities are calling a “deliberate attack.” Scalise was wounded in the hip, said various reports, quoting Rep. Mo Brooks of Alabama, who said he was on deck preparing to take his turn at bat when the shooting started.

According to a statement from Scalise’s office, he was in stable condition before going into surgery.

“Prior to entering surgery, the whip was in good spirits and spoke to his wife by phone,” the statement said. “He is grateful for the brave actions of U.S. Capitol Police, first responders and colleagues.”

The Washington Post identified the shooter as James T. Hodgkinson, of Belleville, Ill., 66, who owns his own home inspection business. The paper noted further:

Hodgkinson was charged in April 2006 with battery and aiding damage to a motor vehicle, according to online records in St. Clair County, Illinois. The charges were dismissed, records show.

According to his Facebook page, Hodgkinson is a supporter of one-time Democratic presidential contender and avowed socialist Sen. Bernie Sanders. His profile ‘picture’ features the words, “Democratic Socialism explained in 3 words: We the people,” with an American flag backdrop [here’s a tip, genius: The founders were capitalists, not socialists].

So in other words, while the disgustingly dishonest Left-wing pundit class focuses on the “high-powered assault rifle” the shooter utilized (and not the fact that a gun actually saved congressmens’ lives), they are ignoring the fact that a committed Democrat supporter is the [alleged] shooter.

This is important because according to witnesses at the scene, including Rep. Ron DeSantis, R-Fla, who was at the practice, the shooter asked if the lawmakers on the ball field were “Republicans or Democrats.”

“There was a guy that walked up to us that was asking whether it was Republicans or Democrats out there, and it was just a little odd,” DeSantis said.

Rep. Mark Walker, R-N.C., added that it seemed as though the “gunman was there to kill as many Republican members as possible.” (RELATED: Seething hatred of left-wing media drives shooter to target congressional Republicans in attempted mass shooting)

And Left-wing Americans have taken their party’s silence to heart in advocating more violence — like Prof. John Griffin of the Art Institute of Washington, who posted on his Facebook page that Republicans “should be lined up and shot.”

One GOP congressman, Rep. Chris Collins of New York, was brave enough to point this out earlier today during an interview on WBEN.

“I can only hope that the Democrats do tone down the rhetoric,” Collins said, as reported by The Week. “The rhetoric has been outrageous — the finger-pointing, just the tone and the angst and the anger directed at Donald Trump, his supporters. Really, then, you know, some people react to things like that. They get angry as well. And then you fuel the fires.”