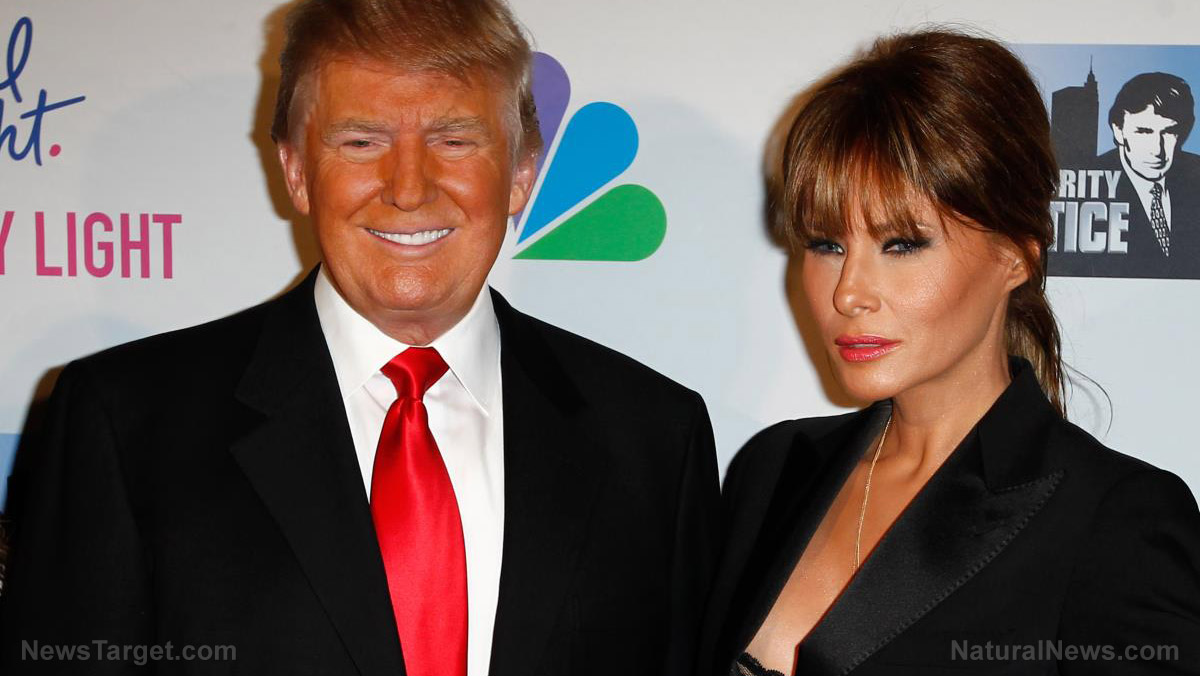 The fact that a growing number of lunatics within the entertainment industry are bedeviled with Trump Derangement Syndrome can no longer be denied.

In recent days you may have heard that the traditional annual “Shakespeare in the Park” production that local artists and producers put on in New York City’s Central Park has a new twist this year: The production of classic “Julius Caesar” features contemporary political figures.

As in, lookalikes for President Donald J. Trump and first lady Melania Trump.

You may also recall that the plot of Julius Caesar involves turncoats close to the ancient leader plotting, and then carrying out, his murder in the Roman Senate.

Reviews of the outrageous ‘play’ have been far less than supportive or stellar by many who have seen it, though far too many Americans, no doubt Left-wing extremists who are still bitter that Queen Hillary was not automatically coronated last November to replace Barack Obama, are lapping up the heinous depiction as though it could be real…perhaps…someday.

But while the entertainment industry’s sycophantic media churn out their multitude of raving reviews, at least some advertisers are letting the production team know they’re not okay with direct references to killing duly-elected U.S. presidents, no matter who happens to occupy the Oval Office presently. As reported by CBSNewYork, Delta Airlines and Bank of America have pulled their funding of Shakespeare in the Park, for this season anyway, claiming the production majorly crosses the line of decency, morality and good taste. In fact, Delta has dropped the theater altogether.

“No matter what your political stance may be, the graphic staging of Julius Caesar at this summer’s Free Shakespeare in the Park does not reflect Delta Air Lines’ values. Their artistic and creative direction crossed the line on the standards of good taste. We have notified them of our decision to end our sponsorship as the official airline of The Public Theater effective immediately,” Delta said.

Bank of America, meanwhile, added that its decision to withhold financial support stems from the company’s belief that the production was intentionally meant to offend people of a particular political viewpoint or even just Americans who are really uncomfortable with depictions of presidential assassination (serial degenerate Alec Baldwin not being one of them).

Not all advertisers, though, have those kinds of morals and good judgment, so allow us to call them out: American Express and Time-Warner, which owns the Trump-hating CNN, both continue their support of the Public Theater. However, American Express tried to have it both ways, as The American Mirror reported. In a statement, the financial company said:

We would like to clarify that our sponsorship of the Public Theater does not fund the production of Shakespeare in the Park nor do we condone the interpretation of the Julius Caesar play.

Oh. So, we’re supposed to be too stupid to realize that once a donor’s funds go to the theater they are mixed together with all of the other funding and used to fund any production. Got it.

What you have to understand here is that the Left has been so successful over the past several decades at coarsening and debasing our culture that ‘productions’ like this — where a sitting U.S. president is not merely lampooned but killed to satisfy some sick political fantasy — are actually hailed as “masterpieces” of genuine “art” by far too many Americans.

Now for the really bad news: It only gets worse from here. If you think Trump’s supporters on the right are going to simply forget about these outrages should a Democrat win the presidency someday, think again.

And where our society ends up from here is pretty easy to figure out.