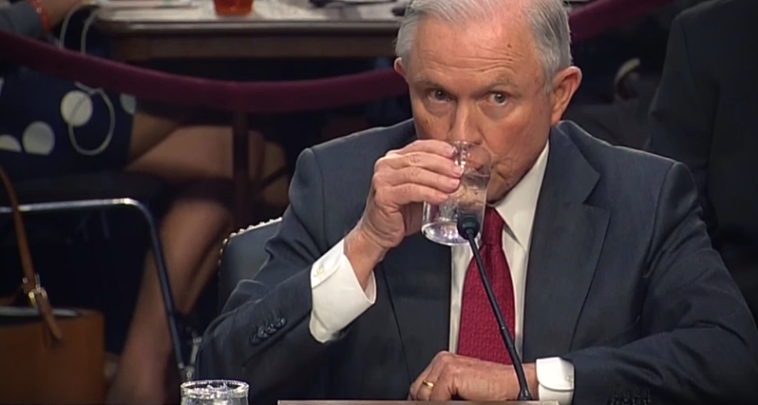 Last week, United States Attorney General Jeff Sessions announced that he was officially putting an end to a corrupt “slush fund” operation that was used by Democrats all throughout the Obama administration. As Breitbart News notes, for decades, the Justice Department has encouraged their defendants to donate to third parties as part of the settlements. But since Barack Obama took office, the practice essentially turned into a slush fund, and corporate money started to be funneled into the hands of non-government organizations.

Such organizations include the National Council of La Raza, which is a Latino racial advocacy group that supports illegal immigration, the National Urban League, the National Community Reinvestment Coalition, and NeighborWorks America.

According to Heritage Foundation legal scholar Paul Larkin, the practice, which requires no direct authorization from Congress, may be illegal for a number of reasons, including the fact that “it allows the Justice Department to pick and choose among organizations that should receive federal funds without any guidance from Congress or any oversight by the Judiciary of Appropriations Committees in either chamber.”

In a memo released on Wednesday, Jeff Sessions wrote, “Effective immediately, Department attorneys may not enter into any agreement on behalf of the United States in settlement of federal claims of charges… that directs or provides for a payment or loan to any non-governmental person or entity that is not a party to the dispute.”

Judicial Watch president Tom Fitton recently praised the move. “The Justice Department should be in the business of upholding the rule of law, not misusing its powers to extort monies for favored interest groups,” he explained to Breitbart News. Judicial Watch has been heavily involved in the legal battle against this slush fund for quite some time now.

The slush fund is just the latest Obama-era practice that the Trump administration has done away with. Indeed, President Trump and his team are doing an outstanding job working to dismantle the disastrous laws, restrictions and policies put in place by the previous administration.

One of President Trump’s best decisions he has made thus far was his decision to put Scott Pruitt in charge of the Environmental Protection Agency. Pruitt is a skeptic of the left wing narrative that man is the primary contributor to the warming of the earth, and more importantly, he is committed to undoing hundreds of the burdensome environmental regulations that were put in place during Barack Obama’s time in office. He is focused more on economic growth and breathing life back into the free market system by, among other things, ending the “regulatory assault” on the coal industry.

President Trump himself has spent a significant amount time rolling back some of the more harmful Obama-era regulations. One such regulation, called the Fair Play and Safe Workspaces Rule, prohibited companies from receiving federal contracts if they have violated existing labor or workplace safety laws. Obama pushed the rule through in 2014 via an executive order, but President Trump revoked it and ordered agencies to rescind any policies implementing it.

The president has also done away with a Bureau of Land Management rule called “Planning 2.0,” which essentially gave the federal government more authority when it came to land use decisions. Two additional regulations that Trump has put an end to had to do with measuring school performance and teacher training under the Every Student Succeeds Act.

Indeed, it is a new day in America. Patriots like Attorney General Jeff Sessions, EPA head Scott Pruitt and the president himself are working night and day to make our country great again by effectively erasing the egregious errors that have been made during the past eight years.