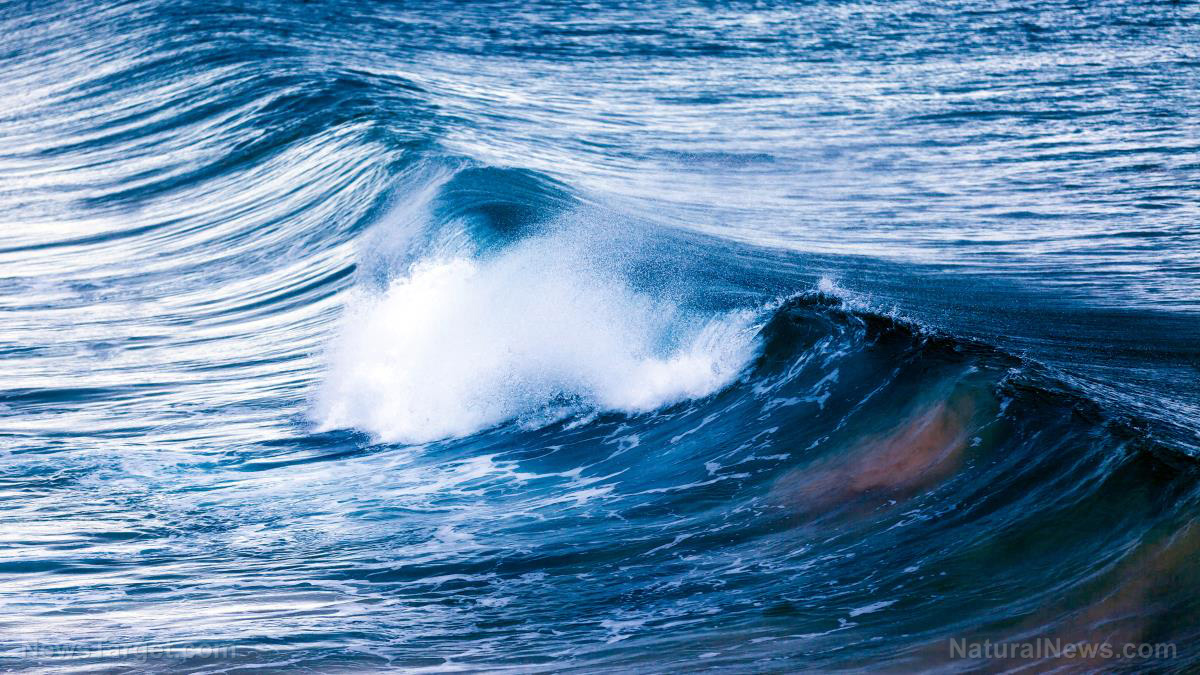 The sheer idiocy of Al Gore and the climate change cultists never ceases to amaze me. Now, according to Al Gore, every time the moon’s gravity causes tides to roll in, it’s a “global warming” apocalypse and proof that the oceans are catastrophically rising at the rate of nearly one foot per hour.

Seriously, this is the science bunk Al Gore is now pushing in the media.

In an interview with Fox News on the subject of climate change, Al Gore said, “I went down to Miami and saw fish from the ocean swimming in the streets on a sunny day… the same thing was true in Honolulu just two days [ago], just from high tides because of the sea level rise now. We are going to suffer some of these consequences…”

HUH? In the twisted mind of Al Gore, tides are proof that the sea level is rising. Gosh, does that also mean that every time the tide rolls out and the water level drops, climate change is solved? Does Al Gore really think global warming causes sea levels to rise by almost a foot every hour?

Watch the astonishing idiocy of Al Gore in this mind blowing video clip (at least, until Youtube bans it)…

Tidal flooding was the real reason

What was the real explanation for fish “swimming in the streets” of Miami? WSVN.com in South Florida originally reported, “South Florida has been under a coastal flood advisory since Monday because of ‘high astronomical tides due to the lunar cycle,’ according to the National Weather Service, and neighborhoods have been dealing with rising and falling waters ever since.” But that link was memory holed from the internet because the facts contradicted Al Gore’s climate change lunacy. You can still read the quotes, however, at TheRightScoop.com which also reports:

The National Weather Service issued a coastal hazard message early Monday morning for areas from Palm Beach County to Miami Dade, and in Collier County on the southwest coast.

Brad Diehl, a meteorologist with the NWS in Miami, said high tides could cause minor flooding through Thursday and then slowly withdraw as the moon enters its waning gibbous phase.

But it’s not just the moon causing streets to turn runny, Diehl said.

“There are all kinds of subtle things that contribute to the higher tides,” Diehl said. “This kind of thing can be hard to predict.”

When ocean waters are rolling in due to tidal forces, Al Gore doesn’t see tides or wind or moon gravity effects. Instead, just like all the other climate change cultists who mass hallucinate everything, he sees “climate change” causing waters to rise several FEET in just a few hours.

For the record, even the most alarmist climate change advocates only claim oceans will rise a few feet in a hundred years or so. Yet Al Gore stupidly thinks it all happened Saturday night in Miami, right before his very eyes. As TheRightScoop.com points out, “Of course Al Gore would lie about this, taking the result of a natural phenomenon of wind and lunar cycles and blaming it on Climate Change, all to keep up the myth by which he has become filthy rich.”

You really have to stand back in awe at the ability of these climate change hustlers to spin total science bunk with a straight face. If the incoming tide on Saturday is proof of sea levels are suddenly rising several FEET from global warming, then the sun rising in the morning must also be proof that we’re all going to fry in a solar apocalypse by Friday. It takes a true lunatic to observe every weather event and leap to the outrageous conclusion that it’s all caused by “climate change.”

Al Gore is either a complete moron, or a devious liar who peddles junk science to the gullible masses. Or maybe, just maybe, he’s somehow both.