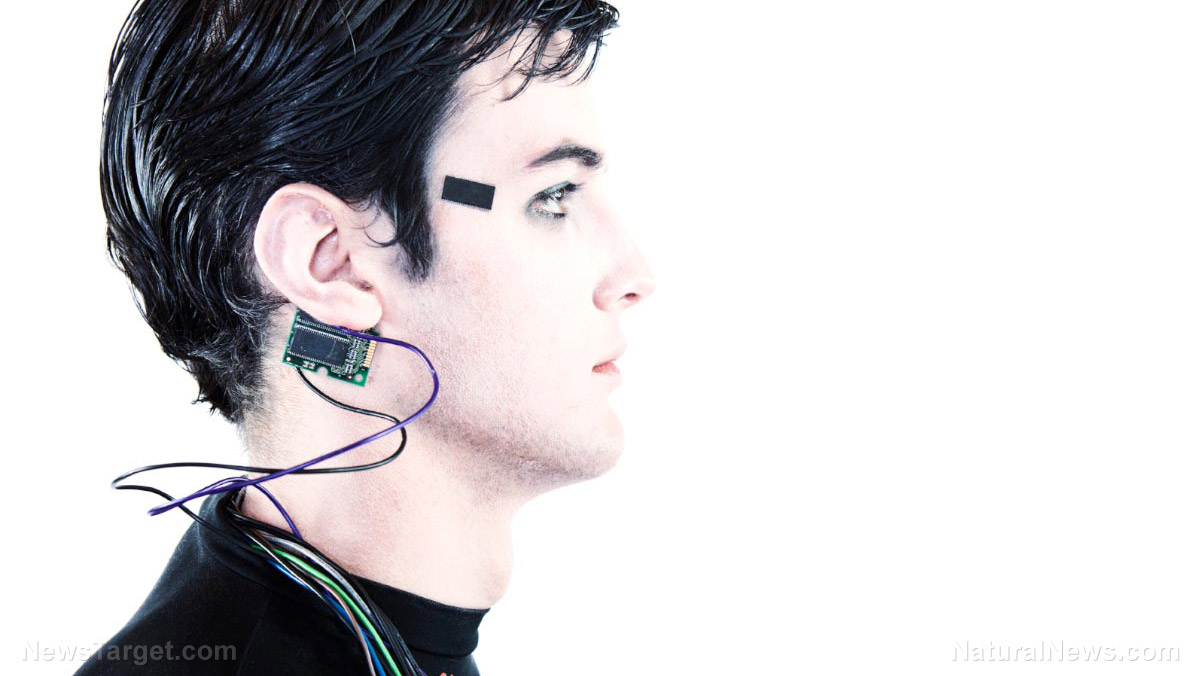 The possibility of man becoming one with machines is terrifying to some, but not to Daniil Lyktin. The 26-year old programmer from Novosibirsk firmly believes that electronic modifications will become a sixth sense in humans someday. Rather than waiting for that day to come, however, Lyktin has moved towards it himself, as demonstrated by the compass implanted into his chest. Thanks to the device, the body-hacker always knows when he’s facing north.

The rechargeable device is called “North Sense” and is the brainchild of Cyborg Nest, a collective of technologists and activists united by one goal: to help people become cyborgs. Liviu Babitz and Scott Cohen, Cyborg Nest co-founders, were the first people in the world to have North Sense installed in their bodies. For the price of 26,000 rubles or $458.186, Lyktin has happily joined them as Russia’s first cyborg.

According to Lyktin, having the device implanted onto him was relatively simple. “Two rods were pushed under the skin, with another gadget being attached to it,” he told the DailyMail.co.uk. Eugene Dyakov, a piercing artist, carried out the procedure for Lyktin on May 11 of this year.

Whenever Lyktin looks towards the north, the device vibrates. The duration and intensity of the vibrations can be adjusted through an app. Waterproof and detachable, North Sense does little else except tell direction. No extra bells or whistles, just as was intended.

“Technologically, North Sense is a very straightforward device,” Babitz told DigitalTrends.com. “There are no buttons or lights. Its complexity doesn’t come from the device itself, but rather what it does to your brain. Today our memories are built from the sum total of all our other senses: what you see, smell, hear or whatever else. Suddenly you’ll have a new layer to add to that reality and you’ll start remembering things based on your orientation with Earth.” (Related: Company works to use ‘computer vision’ to help the visually impaired see)

Of North Sense, Lyktin stated that it by itself wasn’t what drew him to the device. “I just thought it was cool. If you think about it, the idea is associated with concepts like transhumanism and cyborgs. It wasn’t its practical purpose (navigation) that interested me, but I have always been fascinated by the idea of expanding one’s natural features. Devices like this allow a person to experience a fraction of the things going on around them,” Lyktin explained.

Although Russia’s first Cyborg, Lyktin isn’t the first one outside of Cyborg Nest to have North Sense installed in him. Victor Perez Rul, a Mexican body-hacker, had his unit implanted in April. By September, thousands more will be receiving their units in the mail and become cyborgs in their own right.

What are body hackers?

In essence, body hackers are people who aim to improve their own bodies with cybernetic devices. The first and perhaps one of the most famous faces of this movement is Kevin Warwick. The professor of cybernetics gained widespread recognition when, in 1998, he had an RFID tag implanted into his arm. With this, he was able to open doors without touching them and made it easy to track him around the University of Reading.

Others have since followed suit. Colorblind artist Neil Harbisson had an antenna installed into his skull that would allow him to hear colors, including infrared and ultraviolet. Sander Pleij has a neurosimulator inside his body helps him keep his headaches under check, although with the unintended side effect of severe panic attacks.

Is this a preview of things to come?

Visit Robotics.news for other stories similar to this one.