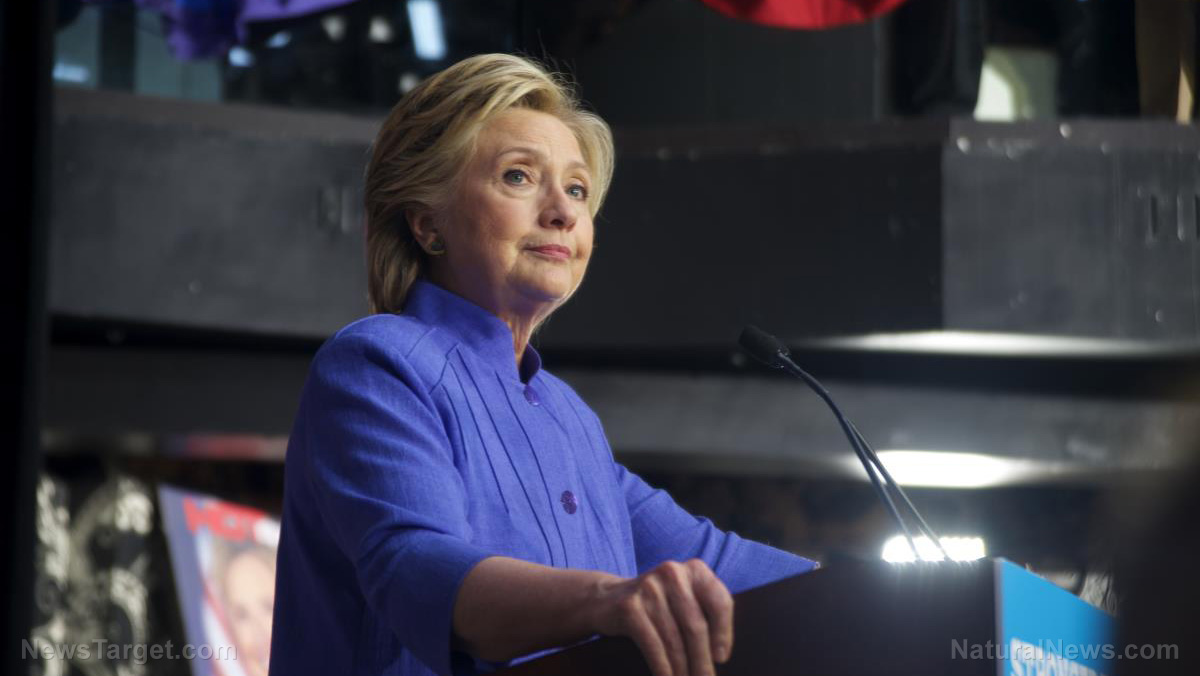 When the excuse put forth by Hillary Clinton and her Democratic Party that the “Russians hacked the election” in favor of Donald J. Trump didn’t pan out and gain much traction with the public, they changed the narrative to, “Russia and Trump colluded to ‘steal the election’” from Hillary.

Now that the current narrative is also falling apart (because it’s bogus), the two-time presidential loser is offering yet another variation of the “Russia” theme: That the Trump campaign’s data operations were so important to the Russians they used it to, you know, “steal the election” and “help” Trump win.

This kind of lunacy can’t even be scripted.

As reported by Lifezette, Clinton leveled the allegations during her “blame tour” this week, and of course, far-Left Democratic operatives are now running with it. Problem is, not only is this allegation also untrue, those familiar with the Trump campaign’s bare-bones data operations are laughing hysterically.

Speaking to Recode founders Walt Mossberg and Sara Swisher on Wednesday at the organization’s annual coding conference in California, Clinton said she took “responsibility for every decision” she made during her campaign, but added, “that’s not why I lost.” She then went on to blame Russia, “weaponized information,” and a number of other players. (RELATED: Bogus “Trump-Russia collusion” story nothing but a political hatchet job cooked up by Obama loyalist John Brennan)

She specifically blamed propaganda “content” use by Trump’s campaign to influence voters in some covert manner, while claiming the Trump team also spread “lies” about her while she and her campaign — which shafted rival Bernie Sanders with help from the Democratic National Committee — was a virtue of honesty.

Clinton blamed “1,000 Russian agents” who worked daily to distort “content” that was being published online, but because she was in the company of fellow Left-wing travelers, her claims were never challenged. And then she made this bizarre claim — that the Russians could never have successfully blocked her victory unless the effort were “guided by Americans,” and for that effort, she said she was “leaning toward Trump” as the prime suspect.

That narrative was then echoed by Nick Ackerman, an assistant Watergate prosecutor, during an interview with Trump-hating fake news network CNN.

“The allegation that we’re looking at here is whether there was collusion between the Trump campaign and the Russian government with this data-mining and micro-targeting to voters across the country,” he said. “I mean there are a lot of experts who are saying that there is no way that this could have been done by the Russians alone without some cooperation from within the Trump campaign.”

Of course, Ackerman and Clinton could offer no explanation for how this sophisticated, coordinated operation took shape that the Russians “managed to hack into Clinton campaign Chairman John Podesta’s iPhone and the Democratic National Committee’s computers but could not figure out on their own how to give what they took to WikiLeaks,” Lifezette noted.

Vets of Trump’s actual campaign operations just shook their heads in amazement, laughing off such a ridiculous conspiracy theory.

“With the exception of our online operations and Facebook operations, there was very little sophistication in any part of the Trump campaign at any time,” a former campaign staffer told LifeZette. “Our campaign had trouble putting the correct addresses and phone numbers on mailings, let alone running some Tom Clancy-style espionage ring.”

In fact, during the actual campaign, the Clinton camp regularly dissed the Trump team’s campaign approach as amateurish, low-tech and decidedly unsophisticated.

Now, suddenly, because Clinton is grasping for yet another excuse (other than to really blame her loss on the fact that she was a lousy candidate) to explain away her loss, the Trump campaign was really hyper-complex and well-coordinated, thanks to “The Russians.” (RELATED: Schweizer: There’s More Evidence Of Podesta-Clinton Collusion With Russia Than There Ever Was With Trump)

Well, the poor excuses and blaming everyone else is wearing thin — even to those on the Left. CNN correspondent John King lambasted her excuses during a reporter’s roundtable in DC Thursday, saying, “You don’t understand: The Russian’s cloaked Wisconsin,” referring to Clinton’s taking the battleground state for granted and not campaigning there until very late in the game.

Sen. Al Franken, D-Minn., admits he ‘loves Hillary,’ but that it’s time she and everyone else moved on.