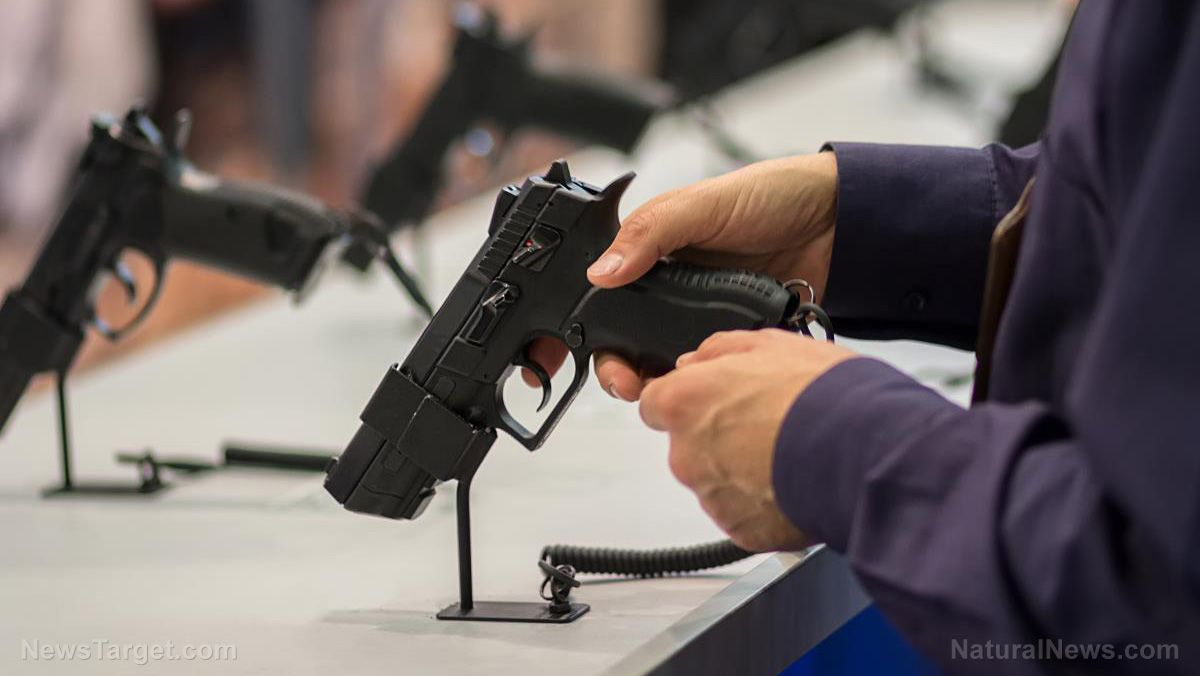 Next to nutritious food and clean water, one of the most essential items that you don’t want to be caught without in the event of a societal collapse is a firearm. Aside from hunting, having a gun by your side in a world without law and order could literally mean the difference between life and death. Below is a list of the top firearms you should look for in preparation for the day when SHTF, as provided by OffGridSurvival.com. (RELATED: Here are ten good reasons to prepare even if SHTF never happens)

The. 22 long rifle would make a great addition to your arsenal because of the fact that they are one of the most abundant cartridges in the United States. Owning one of these rifles will make it much easier for you to stockpile ammunition, and although it is not necessarily made for taking down big game, it is highly efficient when it comes to hunting small game like rabbits and turkey.

The Ruger 10/22 is one of the most popular rifles in the United States because of how accurate and easy to shoot it is. It’s rather inexpensive, making it easy to stockpile more than one if it’s necessary. The Ruger 10/22 is also a great firearm to use when teaching young children how to shoot, which would be essential in a prolonged survival situation.

Like the Ruger 10/22, this lever action firearm is perfect for teaching young ones how to shoot. It is definitely a weapon that all preppers should strongly consider getting their hands on.

With an 8-round capacity, these revolvers can be used to take down small game, and yet again are an excellent choice when it comes to teaching children how to shoot.

When it comes to prepping for the collapse of society, for most people, the Kel Tec is most likely not the first gun that comes to mind. However, with a 30-round capacity and minimal recoil, the Kel Tec PMR 30 is a must-have weapon for those who may be newer to shooting but are still looking to defend themselves.

The main thing that makes the 9 mm so appealing to preppers is simply the abundance of the cartridge. The 9 mm is used by the police, the military, and just recently, the FBI began using it as well. It is also inexpensive and easy to stock up on.

The Beretta CX4 Storm is great when it comes to home defense and can be used for hunting up to medium sized game with a well-placed shot. It makes a great tactical weapon, and its longer barrel makes the speed and impact of the bullet all the more deadly.

Despite the fact that the progressive left insists that the AR-15 is nothing but a “weapon of war” and a “killing machine,” it is actually incredibly easy to shoot and is used by millions of law-abiding gun owners across the country. The AR-15 is one of the most versatile weapons in existence, as it can be used for patrols, self-defense, home-defense and even hunting.

The AK, or Automatic Kalashnikov, is abundant, easy to hunt with, and easy to fix should it ever break. The Ak-47 is also very durable – even if it is dropped in the mud, it can still be picked up and used without any issues.

12 Gauge shotgun is extremely popular because of how effective and versatile it is. It can shoot many different kinds of ammunition, from bird and target shot to buck and slug. This makes it an extremely wise choice for any prepper who is serious about surviving when SHTF.