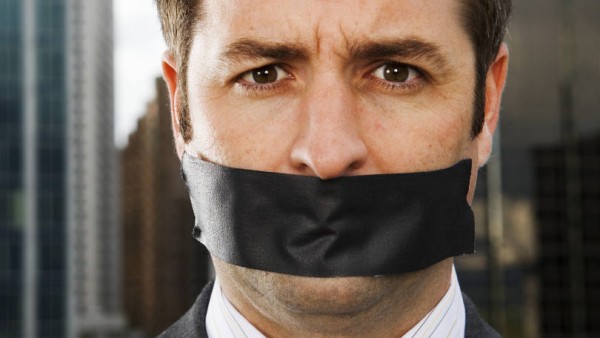 To the Alt-Left authoritarian Nazis who run most of the country’s larger cities, the Founding Fathers, the U.S. Supreme Court and every American who truly believes the Constitution applies to everyone equally have a message for you: Please leave America. You don’t belong here anymore, if you ever did.

That includes the toadie mayor of Portland, Oregon, Democrat Ted Wheeler. He’s got this idea that he and his Left-wing sycophant citizens get to redefine the First Amendment’s free speech guarantee to apply only to them.

As reported by CNN and other outlets, Wheeler wants to stop two pro-Trump (he labeled them “Alt-Right”) demonstrations that are coming up in the city after ridiculously trying to link both events to an alleged “hate crime” that occurred in the city recently. (RELATED: Free Speech Is Dying Under The Obama Administration)

According to reports, two men were killed and a third seriously wounded when they tried to intervene during an incident on a Portland commuter train Friday. Cops say they were attempting to stop a man who was apparently yelling anti-Muslim slurs at two young women, one of whom was wearing a hijab, riding on the train.

Portland Police, who are being assisted by the FBI, are leading the investigation into the motive behind the alleged attacks and murders by Jeremy Joseph Christian, 35.

Wheeler is attempting to link the murders and the potential hate crime to two groups who are planning Trump free speech rallies — on June 4 and June 10 — though clearly, they have nothing to do with each other.

“My main concern is that they are coming to peddle a message of hatred and bigotry,” Wheeler told reporters, referring to the rally organizers. “They have a First Amendment right to speak, by my pushback on that is that hate speech is not protected by the First Amendment to the United States Constitution.”

Actually, genius, it is. And even the Washington Post and ACLU admit that, with the former noting the various times the U.S. Supreme Court has upheld that speech, no matter how offensive or bigoted, is protected:

— In 1969, when the court “found that a state law banning public speech that advocates for illegal activities violated the constitutional rights of a Ku Klux Klan leader;”

— In 1992, when the court noted that hateful acts like burning a cross on a black family’s lawn are protected by the First Amendment;

— In 2011, “when the court ruled in favor of church members who picketed and carried signs with homophobic slurs at a soldier’s funeral.”

“Hateful ideas (whatever exactly that might mean) are just as protected under the First Amendment as other ideas,” Eugene Volokh, a law professor and free speech expert, wrote in April. If it is to be banned, then such speech must meet the standards of being threatening or harassing, he added.

“One is as free to condemn, for instance, Islam — or Muslims, or Jews, or blacks, or whites, or illegal immigrants, or native-born citizens — as one is to condemn capitalism or socialism or Democrats or Republicans,” he wrote.

But there is much more to Wheeler’s protestations than whether or not “hate speech” is legal. He’s attempting to redefine political speech that competes with his far-Left views as hateful and, therefore, not deserving of the same protections as speech he concurs with. (RELATED: The Anti-Free Speech Left Claims Another Victim – Or Not – As Ann Coulter Vows To Speak At Berkeley Despite Event Cancellation)

In an interview with CNN affiliate KATU, the organizer for the June 4 “Trump Free Speech Rally Portland,” Joey Gibson, wrote on his Facebook page that the event is “about fighting corruption and big government with the strength of love and power.”

And he frankly resents Wheeler’s typical Left-wing assertion that just because he’s a Trump supporter he’s a ‘bigot,’ a ‘homophobe’, a ‘Nazi’ and so forth.

Asked if his group was “Alt-Right,” as Wheeler stated, Gibson responded: “When someone can explain to me what alt-right means, I’ll answer it. I’m a libertarian. I’m not right-wing. I’m for gay marriage and against the drug wars.”

And for free speech.

But it doesn’t matter to the real haters, Left-wing Democrats like Wheeler. When it comes to those who voice opposing political views, their answer is always the same: Ban that speech.