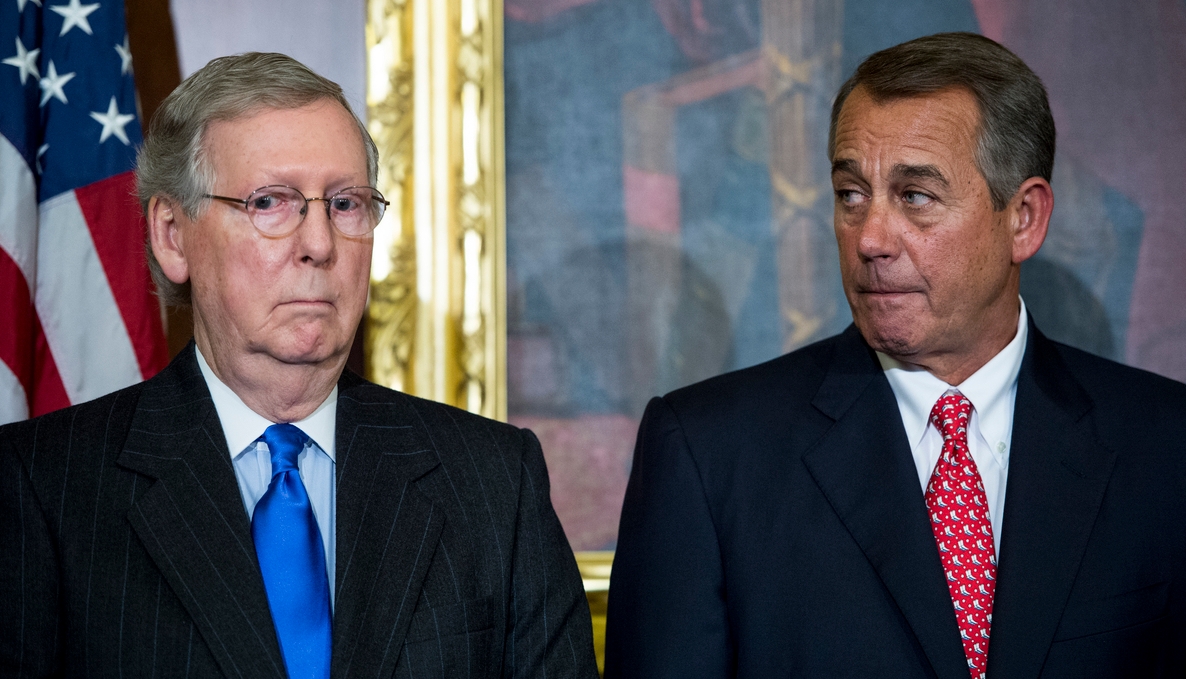 Former House Speaker John Boehner was no hero of the conservative Right, despite the fact that the so-called Tea Party movement’s elected representatives handed him the speakership in 2010.

But since his retirement from Congress in the fall of 2015, he has given voters all over the country who have regularly supported Republican candidates some rare insight into the party’s real priorities — and they aren’t what those same voters have been told.

For instance, after the GOP continued its trend of picking up ever more congressional seats in November while also winning the White House, voters were encouraged that finally — finally — Americans would get relief from Obamacare, the “health care reform” law that has never delivered as promised and has caused monthly premiums and out-of-pocket deductibles to skyrocket. Why? Because Republicans had pledged for seven years to “repeal and replace” the Affordable Care Act, voting several times to do so while the law’s namesake, President Obama, was in office, and because nearly every Republican candidate for election and reelection last fall pledged to do so. (RELATED: Deep State and Alt-Left have successfully thwarted Trump’s agenda, meaning your health care will collapse, taxes will go up and job prospects dim)

But in February, Boehner threw cold water on any repeal effort. During an Orlando health care conference, the former speaker said he “started laughing” when his former GOP colleagues pledged a rapid repeal-and-replace effort in January, when the new Congress was seated and President Donald J. Trump was inaugurated.

Predicting that full repeal was “not going to happen,” Boehner added, “They’re basically going to fix the flaws and put a more conservative box around it.

“In the 25 years that I served in the United States Congress, Republicans never, ever, one time agreed on what a health care proposal should look like. Not once,” he said.

Turns out he was prophetic. The Obamacare “repeal” bill got through the GOP Congress by one vote, with 20 Republicans voting against it.

Boehner predicts it’s not going to happen, either.

And why not? Hasn’t the Republican Party historically been the party of lower taxes and smaller, less intrusive government? Why yes…yes, it has. At least on the campaign trail. But despite the fact that the party has a solid majority in both chambers of Congress and a president who is calling for substantial tax reductions, especially in corporate rates — so U.S. companies will repatriate the trillions of dollars they are holding overseas, thus leading to an explosion of investment, growth and jobs — the former House speaker says, essentially, we should not hold our breath.

Tax reform, he says, “is just a bunch of happy talk,” The Hill reported Friday, quoting comments Boehner made during a speech at KPMG’s annual Global Energy Conference.

He said initially he was fairly confident that tax reform would happen, but “now my odds are 60/40” against passage.

“The border adjustment tax is deader than a doornail… Tax reform is just a bunch of happy talk,” he said, as reported by energy-industry publication RigZone.

For GOP supporters, none of this is good news. For GOP voters, this amounts to what news aggregator king Matt Drudge once characterized as political “fraud.”

Frankly, Americans who gave Trump the White House and Republicans control of Congress are not interested in the back-room dealings, the political brinksmanship, the policy minutia, or hearing the phrase, “We can’t.” They’re sick of lobbyists and special interests writing self-serving legislation while their politicians pass those bills while ignoring measures that would absolutely address the plight of ordinary folk.

Taxes are just too high on the most productive of our society — the faction that creates jobs and opportunities.

Health care premiums are simply unaffordable for tens of millions of Americans, while deductibles are so high health insurance “coverage” is essentially in name only — and so getting rid of Obamacare ought to be a slam-dunk.

Government rules and regulations are strangling small businesses, but because corporations are rich enough to afford and absorb them, they don’t back efforts to reduce rules that would level the playing field and increase competition.

But as the former speaker informs us regularly, and with profound honesty, we should not expect any of these issues to be resolved in ways favorable to the masses anytime soon.

And that’s the real political tragedy of our times.