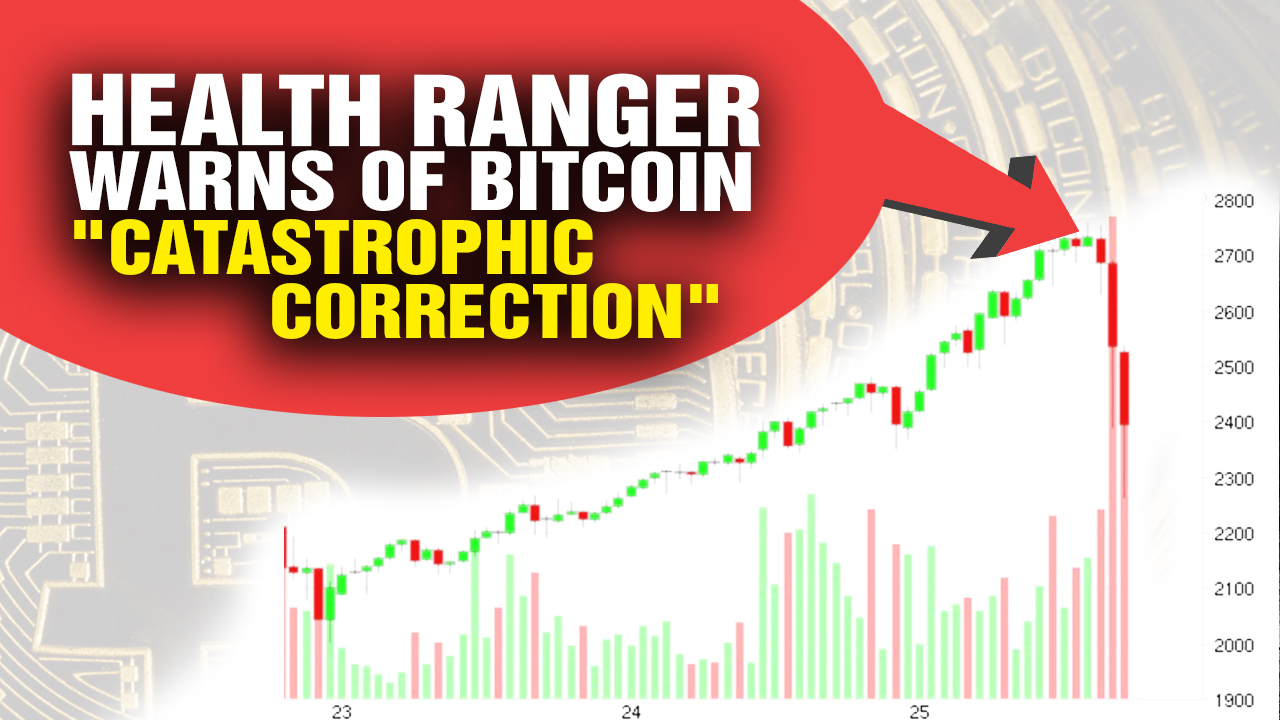 File this under the “I told you so” category: Earlier today, I posted a detailed mathematical analysis and warning that spoke of a “catastrophic collapse” that will occur in Bitcoin. I was immediately called an “idiot” by Bitcoin cultists who have become delusional in their faith that Bitcoin can only go up forever. Yet in less than two hours, Bitcoin crashed by almost $400, plummeting from almost $2750 to nearly $2350 (see chart below).

Meanwhile, Coinbase has become a total joke, seizing up private accounts and denying people access to their Bitcoins for days on end (possibly WEEKS, for all we know). The blockchain is being overrun with unprecedented trading volume, and the confirmation transaction premium keeps rising. It now costs an average of nearly $17 just to send any amount of Bitcoin to anyone, and many transactions are taking DAYS to get confirmed. In a panic selloff, it will easily cost you $100 just to sell any amount of Bitcoin.

Oblivious to risk, the zombie speculator class of newbie fools is buying into Bitcoin under the absurd impression that they can all wait for it to rise to incredible valuations, then sell at the top and convert Bitcoin into their local fiat currency.

As I explained in my analysis, 99% of them are wrong. These newbies have no clue what crypto currency is, and they have no idea how hard it is to sell Bitcoin during a panic selloff. I’ve mined Bitcoin for years and I understand the blockchain, peer-to-peer crypto currency and transactional bottlenecks, yet the average Bitcoin newbie just entering the market right now has ZERO understanding of any of those key concepts. (They think Bitcoin is like a corporate stock that can be easily bought and sold with high fluidity.)

People never learn. Right now, the “winners” in all this are the very early Bitcoin adopters who have held Bitcoin for five years or more and are now unloading them at premium prices to “greater fools” who don’t realize they’re on track to buy HIGH and sell LOW.

In case you haven’t yet figured this out, Bitcoin is not a “save haven” for storing assets. If you currently own Bitcoin, you may wish to buy gold with Bitcoin and exit the Bitcoin frenzy by converting your crypto currency into physical precious metals (which, amazingly, don’t disappear in a panic).

For those who are buying in at $2000 or more, Bitcoin has now become the domain of clueless, newbie speculators and tulip bulb morons. While they may yet drive the price to incredible new highs, almost all of them have no clue what they’re doing… and most will lose the majority of their “investments” in Bitcoin. The smart people are the early Bitcoin adopters who are now SELLING to the newbs and banking real profits.