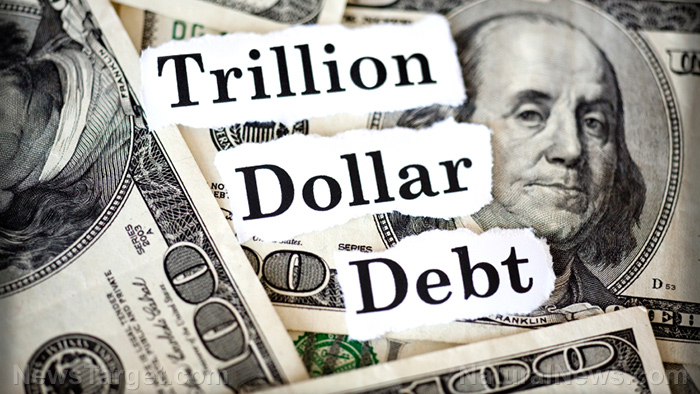 While the mainstream media tries to paint a positive picture of economic recovery taking place in our country right now, there are some disturbing signs that a 2008-like economic meltdown is on the horizon. The U.S. GDP grew at its worst rate in three years during 2017’s first quarter, with a seasonally adjusted annual rate increase of just 0.7 percent, but that’s just the beginning of the story. Here are seven signs that an economic meltdown is looming in a list inspired by OffGrid Survival.

Experts say that fiscal collapse is essentially inevitable if Congress and Trump do not act to stem the ballooning national debt. As government spending continues to spiral out of control, our country remains $20 trillion in debt with no signs of letting up. Meanwhile, government projections indicate we have $127 trillion in unfunded liabilities, which means the government won’t be able to put its money where its mouth is when it’s time to deliver on promises to the public. Social Security, anyone?

December 2016 and January 2017 marked the first time bankruptcies have risen from a year earlier back-to-back in seven years. When March saw a further four percent year-over-year rise in bankruptcy filings, it became clear that the economy is in trouble.

If it feels like you’ve been seeing a lot of “going out of business” signs lately, it’s because record numbers of stores are closing their doors. According to Zero Hedge, experts estimate that more than 8,000 stores will close by the end of this year, eclipsing the 2008 record of 6,163 retail closures. Bankruptcies are also on the rise, with 14 retail chains filing for bankruptcy protection or liquidation in the first three months of 2017 alone. Contrast this with 2016, when only 18 bankruptcy filings were noted all year.

In the last 13 years, household income has grown by 28 percent, but the cost of living has risen by 30 percent in the same period. Some of the biggest expenses consumers face have also outpaced income growth dramatically, with medical expenses rising 57 percent since 2003, food expenses growing 36 percent and housing costs rising by 32 percent in the same time period.

The student loan industry has engaged in questionable behavior for some time now, but debt on student loans soared from $260 million in 2004 to $1.31 trillion in 2016. The default rate is almost 11.2 percent. It’s hard to believe that 18-year-olds are given tens or even hundreds of thousands of dollars in loans with no collateral. They also have little hope of paying it back, with statistics showing that more than a quarter of college grads’ salaries are roughly equal to those with just a high school diploma.

In December, six million Americans were delinquent when it came to car loan payments as record numbers of people took out car loans that they simply could not afford, often over increasingly long periods of time. In fact, auto loan default rates are now approaching the mortgage default rates noted prior to the 2008 crash.

Six out of every 10 Americans do not have $500 in savings to cover emergencies or surprise bills. People just don’t have as much spare cash left over after covering their expenses every month – if any at all – and this can set millions of people up for financial derailment if an unexpected expense comes up, even if it’s small.

After reading this list, if you still think you don’t need to prepare to survive some hard financial times, you could be in for a rude awakening very soon.