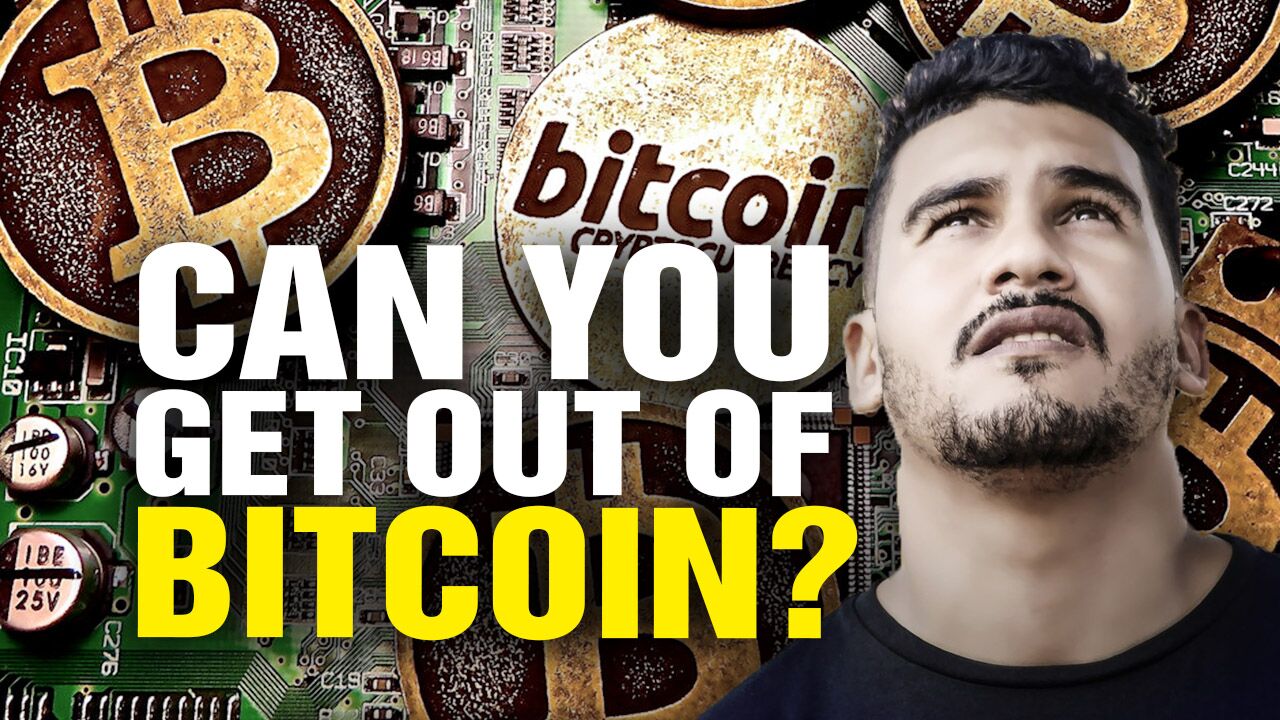 Disclaimer: I am pro-Bitcoin and pro crypto-currency. For 15 years, I have publicly and repeatedly criticized the central banks, fiat currency systems and the systematic theft of purchasing power from the People by corrupt banking cartels. This is not a hit piece on Bitcoin but rather a rational analysis of why the current Bitcoin BUBBLE is dangerous for novice investors as well as the long-term reputation of the Bitcoin crypto currency. I have mined a few Bitcoins over the last two years. I now hold just 0.25 Bitcoins in total, having just traded almost my entire Bitcoin wallet for physical gold. (Yes, somebody gave me GOLD in exchange for a virtual wallet. Seriously.) Why did I do that? Because I can do math. Here’s what I discovered:

1,000 bitcoins represents roughly 0.006% of the total number of Bitcoins that exist

Value of Bitcoin if just 1% of current Bitcoin owners try to sell all their Bitcoins: Approaching $ZERO

What percentage of current Bitcoin owners think ALL their Bitcoins are worth the current high price: 100%

Actual percentage of current Bitcoin owners who can unload Bitcoins without crashing Bitcoin values toward zero: Perhaps 1% – 2%
(and that’s generous)

Percentage of current Bitcoin owners who are going to learn a very expensive lesson in “tulip bulb mania”: Perhaps 98% – 99%

Bitcoin would be far better off experiencing slow, steady growth in value that reflects stability. Instead, Bitcoin has become, once again, a speculative bubble rooted in irrational exuberance. Now, the only way to prevent Bitcoin from plunging in price is to find new people to keep buying into Bitcoin, thereby increasing demand for the limited supply of Bitcoins currently in circulation. When ONE person buys one Bitcoin at a new high price, ALL Bitcoin holders immediately believe that all their existing Bitcoins are automatically worth the “new high” price.

This is illusion. The very fact that Bitcoin needs new people buying into the system in order to support its rapidly advancing prices is almost the classic definition of a Ponzi framework. The simultaneous fact that even very tiny selloffs cause the price of Bitcoin to substantially nosedive means that very few people can “get out” of Bitcoin at anywhere near the current high price. Imagine a rave club filled to maximum capacity with all exit doors blocked except one. Then imagine an electrical fire setting off a massive blaze, as recently happened in California. In such scenarios, not everybody gets out alive for the simple reason that the exits become choke points. Bitcoin suffers the same structural problem, but almost nobody realizes it yet because they are caught up in the Bitcoin hype that causes them to irrationally believe that Bitcoin can never go down. It’s the dot-com bubble all over again, for a whole new generation.

All systems that rely on new buy-ins to support existing holders of the speculative asset eventually end in catastrophic collapse, without exception. Mathematically, Bitcoin now strongly resembles tulip bulb mania. If you don’t know what tulip bulb mania is, you are not qualified to own Bitcoin.

Go watch The Big Short and mentally replace every mention of the word “mortgage” with “Bitcoin” so that you will understand. Also remember that right before the sub-prime mortgage bubble burst, nearly 100% of Wall Street bankers were absolutely certain that the mortgage market could never crash. Those who said the sub-prime lending market would implode were widely ridiculed, even though they were obviously correct.

If you reject this analysis, don’t say I didn’t warn you. This is your chance to not become the “greater fool” that’s left holding empty bags in their hands during every market bubble and subsequent blowout. If you think I’m an idiot for telling you to sell Bitcoin at a time when everybody else is 99% positive it’s going to go up forever, you are setting yourself up to learn a very expensive, devastating lesson in “bubblenomics.”

It is a mathematical truth that if you aren’t among the first 1% – 2% to sell before the big plunge begins, you will not be able to get out at anywhere near the price you want. Imagine five million sell transactions flooding the blockchain in a 24-hour period, taking 3-4 days to clear while prices are plunging, and you begin to understand the mayhem awaiting those who put far too much faith in a highly volatile system that simply doesn’t have the computational infrastructure to efficiently handle transactions during panic selloffs. When this current bubble bursts, in other words, all the exits will be jammed up with panicked sellers who cause prices to plummet. Remember: Some people have bet their life savings on Bitcoin. When they see the valuations turn against them, they will desperately attempt to sell at almost any price. This will cause a snowball, chain reaction effect that will lead to outright PANIC and a catastrophic Bitcoin price collapse. This is a mathematical certainty. You don’t have to believe me as a person; all you have to believe in is mathematics and simple human nature (greed / fear).

Remember: I cannot tell you WHEN the Bitcoin crash will occur or even how high it will go before it implodes. What I can tell you with authority is that at the moment you panic and want to exit, you will be among millions of other people who are panicking at the same time, and almost none of you will be able to exit. You will all lose most of your holdings, all at the same time, and you will hate yourself for being such a sucker.

While I can’t predict when the Bitcoin correction will occur, I can tell you with 100% certainty that when it does happen, it will be by far the largest Bitcoin panic in the history of crypto-currency, and people will collectively lose billions of dollars worth of “value” they have deluded themselves into thinking is real.

View the number of daily transactions for Bitcoin at this link. (It’s currently running around 300,000 transactions per day, and the system is already slowing to a crawl…)

See 24-hour stats for Bitcoin and the blockchain at this link. Note from this chart that the average cost per Bitcoin transaction is now at $16+. During a panic sell-off, you will have to raise your transaction fee to the dollar equivalent of perhaps $100 – $200 or more, PER TRANSACTION, to achieve confirmation preference. In other words, you will find yourself spending Bitcoin to have the privilege of selling Bitcoins for rapidly plummeting prices. Almost nobody who owns Bitcoin realizes they have to PAY in Bitcoin for the preference positioning to sell Bitcoin, nor do they realize that fee can skyrocket during panic selloff events.

It is the Bitcoin equivalent of 10 million people trying to evacuate Los Angeles on fewer than 10 primary highways. The jam-up will be absolutely epic.

In summary, I am pro-Bitcoin, but I’m trying to help people NOT GET HURT by the current Bitcoin mania, which has gone far beyond rational investment strategy and entered the realm of tulip bulb mania. If you have spare fiat currency to invest in something right now, buy some gold and silver, take delivery and be happy that you have a REAL store of wealth, not a virtual currency that can vanish in an instant.

BITCOIN IS NOT A STORE OF WEALTH. 99% of speculative Bitcoin investors are going to get slaughtered.

Listen to a more detailed analysis at Health Ranger Report.