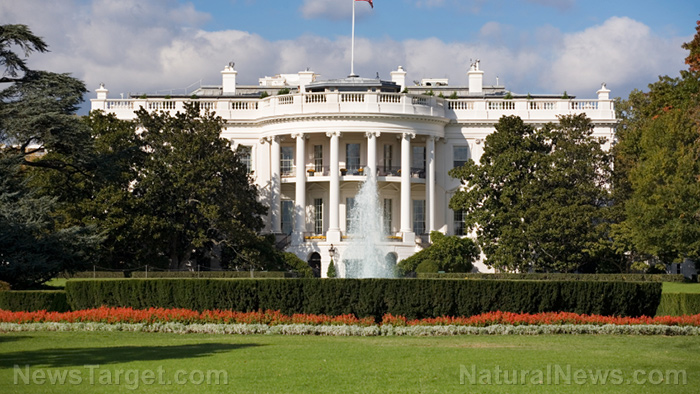 During his campaign, then GOP-nominee Donald J. Trump pledged repeatedly to “drain the swamp” in Washington, D.C. Though he’d been around politics for years prior to throwing his hat into the presidential ring, there’s no way he could have fully understood just how wide and deep — and incestuous — the stinking D.C. swamp really is.

Now a new scandal that appears to threaten primarily Democratic lawmakers on Capitol Hill has emerged, and it seems to have all of the makings of a real-life House of Cards.

As reported by The Daily Caller, four Pakistani relatives — at least three of them brothers — who were in charge of managing office information technology for members of the House Permanent Select Committee on Intelligence and other members on other panels, were suddenly relieved of their duties back in February after authorities suspected them of accessing the information of some congressional members without permission.

“Brothers Abid, Imran, and Jamal Awan were barred from computer networks at the House of Representatives,” the site reported then.

The computers of Rep. Debbie Wasserman Schultz, who was the target of a disastrous leak of stolen data from the Democratic National Committee when she was serving as chairwoman, as well as other Democratic members were suspected to be compromised.

Fast forward to Monday, when The Daily Caller followed up on its initial reporting, saying that despite allegations of having committed crimes, no charges have yet to be filed against any of the former IT staffers, leaving current congressional IT workers to think that the integrity of high-level, sensitive information may have been compromised.

What’s more, affected congressional members “have displayed an inexplicable and intense loyalty towards the suspects who police say victimized them,” the site noted, adding that current aides suspect that perhaps the fired Pakistani brothers may have something incriminating or otherwise sensitive enough to use as blackmail over the members of Congress.

“I don’t know what they have, but they have something on someone,” said Pat Sowers, who has overseen IT for several members of Congress for a dozen years. “It’s been months at this point” without anyone being arrested. “Something is rotten in Denmark.”

A manager at a tech-services company that works with Democratic House offices said he approached congressional offices, offering their services at one-fourth the price of Awan and his Pakistani brothers, but the members declined. At the time, he couldn’t understand why his offers were rejected but now he suspects the Awans exerted some type of leverage over members.

“There’s no question about it: If I was accused of a tenth of what these guys are accused of, they’d take me out in handcuffs that same day, and I’d never work again,” he said.

After the Awans were banned, 20 House members’ offices had to find a replacement IT company, but another contractor who thought he’d be a lock to get their business has been thwarted by them, saying they believe he was responsible for blowing the whistle on the Awans’ theft of data.

One House IT worker who talked to The Daily Caller on condition of anonymity said that some, but not all, of the offices left stranded by the Awans’ ban were “thin clients” which sent all data to a server off site, in violation of House rules.

In addition to the Awan brothers, two of their wives — Hina Alvi and Natalia Sova — were also on the payrolls of various Democratic House members soon after one of them began working for Wasserman Schulz in 2005. Since 2010, The Daily Caller reports, they have collected $4 million. (RELATED: Do these fired House IT workers have dirt on several Congress members?)

“The number of offices they had would definitely be suspicious. The loyalty [members] had [coupled with] customer service that wasn’t there,” Sowers said. “I love the Hill but to see this clear lack of concern over what appears to be a major breach bothers me. Everyone has said for years they were breaking the rules, but it’s just been a matter of time.”

Understand that as IT workers, they had access to all computerized data in members’ computers.

“You have the power to shut down the office, remove all their data and lock everyone out,” said the anonymous IT worker. “It’s got to be a trusted adviser. How could you not see this? Maybe it’s not specifically blackmail, maybe it’s, you knew this was going on and let me do this” for years.

A separate Democratic IT contractor told The DC that members “are saying don’t say anything, this will all blow over if we don’t say anything.” The Awans “had [members] in their pocket,” and “there are a lot of members who could go down over this.”

Stay informed at RealInvestigations.news and NewsTarget.com.