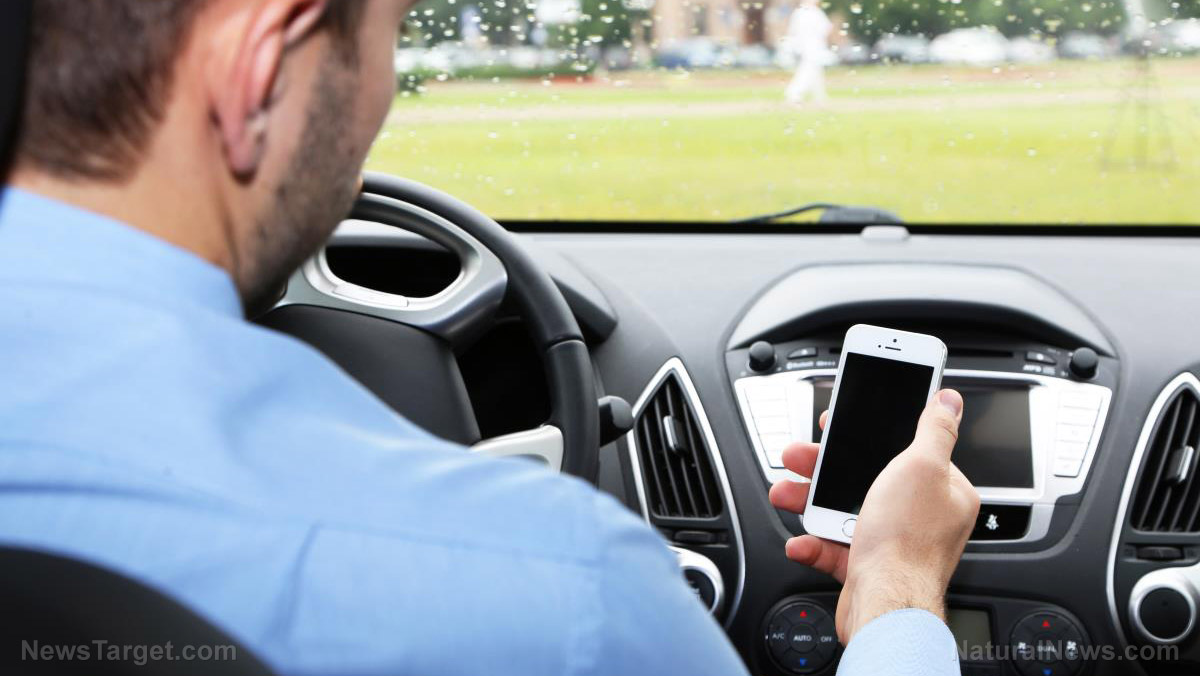 DontTextDrive.com reports jarring statistics describing the dangers of those quick downward glances and wandering fingers as you dance with your cell phone composing, sending or receiving a text message. The 6000 fatalities and “1.6 million auto crashes each year” that involve the use of cell phones all typically occur within three seconds of the driver being distracted by a text or phone call.

Informed adults who understand the many dangers of cell phone use still have a difficult time turning them off, even though they are behind the wheel of an automobile.  This ubiquitous social and app-driven technology has created a massive new addiction problem, and it’s getting harder and harder to put those contraptions down. NewTheory.com reports that taking away a cell phone leaves 50 percent of users feeling “uncomfortable without it,” while 40 percent confess that if you remove the device, their personal anxiety levels would skyrocket.

This addiction problem has opened brave new world marketing opportunities. Nissan Great Britain has responded by creating a device that offers a safe space for all those poor souls who can’t practice self-control when navigating the roadways. They’ve developed the Nissan Signal Shield, designed as a built-in compartment lined with a Faraday cage that “blocks all cellular, BlueTooth and Wi-Fi signals.” Of course, you have to part with your phone to use it.

The prototype is being tested in the Nissan Juke, and it offers intelligent adults another means to stop being distracted by those beeps, pings and ring notifications via the cell phone. The Nissan Signal Shield is an example of an older technology utilized to limit the capabilities of our more recent new fangled technological gadgets. It was in the 1830s that scientist Michael Faraday discovered “an enclosure made of conductive materials, such as wire mesh, [that will] block all electromagnetic fields.” Once the cell phone is placed within the confines of Nissan’s built-in compartment and the lid gets shut, all outgoing and incoming EMF cell phone signals are blocked, offering protection, or possibly triggering withdrawal symptoms, for the driver. Nissan calls this “a digital detox.”

When the driver has had enough digital detox, he or she can just open the compartment lid and all those connections are instantly restored. According to Dr. Jeff Greenwald, the founder of the Center for Internet and Technology Addiction, that euphoria of returning to the text messages and voice mail on your cell phone is because that action itself actually triggers neurotransmitters in the brain. Dr. Greenwald told ATT.com that people compulsively check their phones because they “experience an elevation of dopamine.” That desire for the social media fix while driving, he adds, can very quickly turn deadly, as has been aptly documented.

There’s more solace on the way for those who don’t want to completely tune out, although it may take a few years. Due to the gold rush of robotics, automation and deep learning, The Guardian predicts that by 2025, the first fleet of “fully automated vehicles (AVs) will hit the market.” Experts predict that many folks will decide not to buy, or even drive a car. They’ll simply be transported by an autonomous vehicle, at least in urban landscapes, to their destination. Free of the distraction of being an independent driver, they can merrily keep the dopamine pumping with each cell phone beep while their robot car algorithms keep accidents at bay. Or, maybe not.