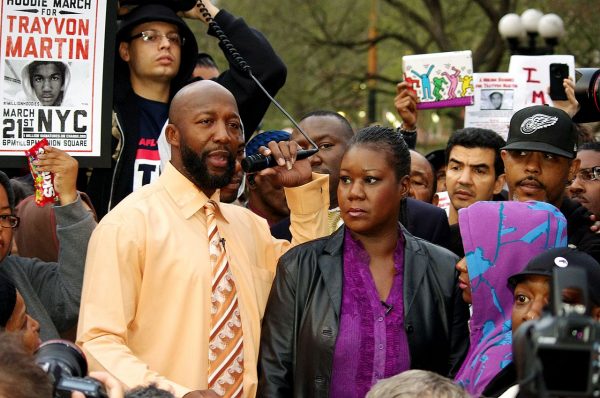 Even though it has already been more than five years since his highly politicized death, Trayvon Martin, the 17-year-old from Florida whose fatal shooting by neighborhood watch captain George Zimmerman sparked a nationwide media campaign about racism, is still being exploited by race-baiters with a divide-and-conquer agenda. The latest perpetrator is Florida Memorial University (F.M.U.), a historically black college in Miami Gardens that has suddenly decided to posthumously award Martin a degree in aeronautical science – even though the 17-year-old never even took a single class at the institution.

The now-deceased Martin, who Zimmerman is on record as saying aggressively confronted him and pummeled his head into the pavement just prior to Zimmerman shooting Martin in self-defense, apparently had dreams of becoming a pilot at some point in the future, according to his family. And for this simple affinity, F.M.U. has seen it appropriate to hand over a science degree that many others who are still alive have had to work very hard to achieve through rigorous study and academic dedication.

It is unclear whether Martin ever even took a single class in anything remotely related to aeronautics prior to his death, or if he simply liked airplanes. But because the media narrative from the get-go was one that painted Martin as an innocent victim of anti-black racism, ignoring the fact that just prior to his death Martin was seen suspiciously roaming about a neighborhood that had just previously seen a string of burglaries, passing up the opportunity to further exploit the young man’s death clearly was not an option.

“The University will confer upon TRAYVON MARTIN a posthumous degree in Aeronautical Science with a concentration in Flight Education, in honor of the steps he took during his young life toward becoming a pilot,” reads an odd statement issued by the school, that intentionally capitalized every letter of Martin’s name.

F.M.U. to further exploit people’s wallets on behalf of The Trayvon Martin Foundation

Martin’s degree is set to be awarded at the upcoming graduation ceremonies to take place at F.M.U., with the designation that its issuance is of “special significance.” Dr. Roslyn Clark Artis, F.M.U.’s president, is quoted by The Daily Caller as saying that this particular commencement ceremony featuring Martin’s posthumous degree “holds a special place in all of our hearts,” and that the school plans to hold a special fundraiser afterwards to raise money for The Trayvon Martin Foundation.

Like with most nationally televised events such as this one, which sparked the creation of the “Black Lives Matter” movement, a “foundation” for Trayvon Martin was set up almost immediately after the incident occurred to create yet another avenue for separating gullible people from their hard-earned money. If anything, this latest stunt by F.M.U. is intended to reignite the racial divide and create more white guilt in order to funnel more funds into this questionable foundation.

After all, the Martin family was made obscenely rich as a result of their son’s death. The foundation, which seeks to “end gun violence,” a.k.a. push for the elimination of the Second Amendment, is more of a political ploy than it is an effort to protect “innocent youth” from being racially targeted.

“The Trayvon Martin Foundation was created by the parents to ‘provide support’ for the family in addition to other families who had a member die from ‘violent crime,” writes Patrick Frye for Inquisitr. “How this money is being spent is unknown, but the shop provides a lot of Trayvon Martin merchandise.”