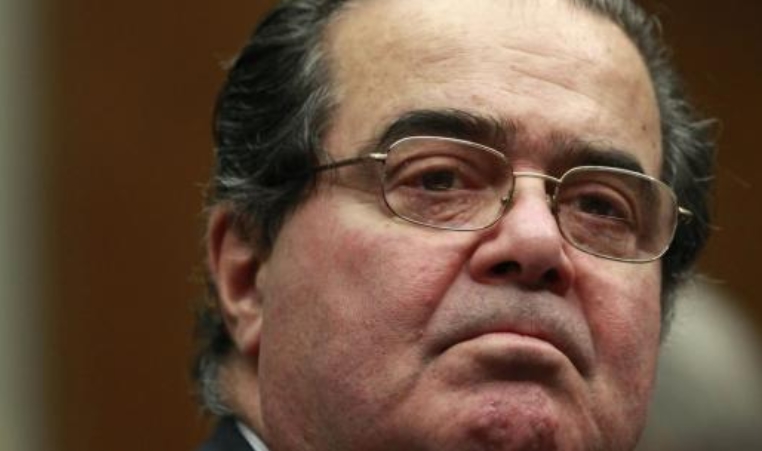 In an appearance on Fox Business News on Monday, network legal analyst Judge Andrew Napolitano dropped a bombshell while discussing allegations by Sen. Rand Paul, R-Ky., that he and another senator were spied on by the Obama administration.

As reported by The Gateway Pundit, Napolitano said the late U.S. Supreme Court Justice Antonin Scalia told him once he believed that the Obama White House was actually spying on the high court.

“Justice Scalia told me that he often thought the court was being surveilled. And he told me that probably four or five years ago,” said Napolitano. “If they had to unmask Senator Paul’s name to reveal a conversation he was having with a foreign agent and the foreign agent was hostile to the United States they can do that. That’s not what he’s talking about. They’re talking about unmasking him when he’s having a conversation with his campaign manager when he’s running in the Republican primary.”

During the same discussion, Napolitano said the Justice Department could take the highly unusual step of calling on Obama to testify in any legal query involving said unmasking if he viewed the intelligence. (RELATED: Memo to McCain: Of course Trump Tower was under surveillance; what did Obama know and when did he know it should be your question)

But the combination of Napolitano’s bombshell, along with Paul’s belief that he was under electronic surveillance by the Obama administration, are two remarkable pieces of information taken in the greater context of allegations surrounding the former president’s politicization of the U.S. intelligence community and federal law enforcement during his tenure.

Paul – who dropped out of the presidential contest fairly early and eventually endorsed Donald J. Trump – was nevertheless a legitimate presidential candidate. If his allegations are true, then his campaign would be the second GOP presidential effort Team Obama had under surveillance, under the phony guise of gathering intelligence on foreign entities.

Coupled with Napolitano’s claim and taken in sum, these allegations – if all proven true – mean that the 44th president of the United States engaged in far more criminal surveillance than President Richard M. Nixon, whose political chicanery led to his resignation from office, thereby saving him from certain impeachment.

That is substantial because Nixon’s politicization of the FBI – largely to keep watch over the raging anti-Vietnam War movement of the day – led to major new legislation at the time regulating the Executive Branch’s authority to order such surveillance.

The illegality of the Nixon White House’s surveillance activities – which were widespread and also included White House aides and reporters – coupled with illegal CIA activities led the Church Committee to recommend legislative changes to the way the Executive Branch interacted with the intelligence community. The resulting law was the Foreign Intelligence Surveillance Act of 1978, which has been revised a number of times since.

Unmasking of Trump campaign officials including former National Security Advisor Michael Flynn, former campaign official Paul Manafort and others is clear indication that the process was being controlled by the Executive Branch, like it was during the Nixon administration. Nixon was aided by H. R. Haldeman, and two other aides, Frederick LaRue and John Sears, primarily; Obama’s chief flunky was National Security Advisor Susan Rice, according to various reports. (RELATED: Rand Paul filibusters Patriot Act renewal and domestic spying)

Earlier this month, Paul asked the Senate Intelligence Committee to inform him if the panel has any information indicating that he, along with Team Trump, was under surveillance by the Obama regime.

“I reiterate my previous requests that your committee promptly investigate whether my name or the names of other members of Congress, or individuals from our staffs or campaigns, were included in queries or searches of databases of the intelligence community, or if their identities were unmasked in any intelligence reports or products,” he wrote, as The Hill reported.

Napolitano says Scalia told him Obama spied on SCOTUS. We know that he spied on the Trump campaign. If he also spied on Paul’s campaign, it is wholly appropriate to ask Congress to divulge all of the campaigns that were spied upon.

Best guess is that they would all be GOP candidates.