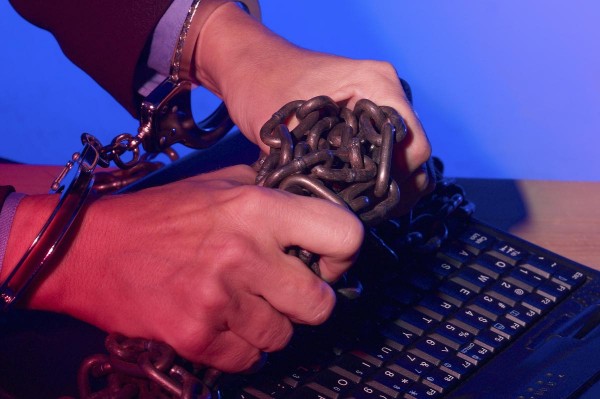 As many Independent News readers are already aware of, there has been an ongoing attack from multiple directions against Independent Media that kicked into high gear after the election of Donald Trump. From the liberal establishment media labeling Independent sites as “Russian propaganda” to “fake news” to social media platforms “shadow banning” and  censoring article shares, to Google Adsense earnings being cut by more than half, to Google’s YouTube video platform flagging and demonetizing videos…. all in an attempt to 1) Wrest control of the narrative back so that MSM influence is restored, and; 2) To make us, the Independent Media, “go away” as SGT Report so succinctly put it back in early April 2017.

(Article by Susan Duclos republished from AllNewsPipeLine.com)
Just last week an Independent website owner emailed me, asking “how bad have your YouTube earnings been hurt?” Saying “mine are off substantially.” My answer was 60-70%, (that was a conservative estimate, it is actually down more)  and that anyone that has “restricted mode” setting, which usually is used to prevent extremists content, cursing or pornography from being seen (none of which ANP does or uses in our videos), could not even see our videos even if they search for us directly. The response from the website owner was that theirs were “down 75%.”

This has been dubbed the “Adocalypse” by Hank Green of VlogBrothers,s who has 2.9 million subscribers, who warns that content creators are going to find other ways to generate revenue and offers a message to those censoring content, stating “YouTube and advertisers are going to have to be careful, because eventually, they’re going to need our eyeballs, more than we need their pennies.”

SGT Report, ANP, and the website owner that emailed are not alone, as others, such as World Alternative Media,” reported on March 15, 2017, “Ever since headlining Drudge and Infowars as well as our video being shared by Donald Trump’s election Facebook page, our viewership has dwindled drastically, while our technology has all gone down and our fans aren’t seeing our new videos on Facebook OR YouTube, even when they press the notification button to be reminded of our post.”

I could fill up multiple pages of website and YouTube channel owners detailing the attacks against them, proving these assertions with screen shots and analytics, but the point here is the War against Independent Media is still intensifying on all fronts. Interestingly, as the MSM see each other as “competition,”  and the Independent Media as “enemies to be destroyed,” those in the Independent Media that simply have an alternate point of view, willing to highlight things the MSM refuse to address or report on, view the Internet as big enough for everyone and have started to fight back against the attacks against us all.

There are people that have been in the Independent Media business far longer than many of us, such as Steve Quayle, that links to well researched, informative articles from Independent News websites, helping to negate the censorship practices by Google and YouTube, Facebook, Twitter and others.

Advertisers like RevContent, whose owner has spoken out against censorship, stating “Once we begin the tide of censorship, it will not stop, and I do not want to live in a world like that,” reaching out to Independent Media sites, helping to counter the attacks against Independent Media by offering advertising to replace those that are working in coordination with those attacking Independent Media by cutting revenue generation by more than half.

Then  you have people like Mike Adams, from Natural News, who has been attacked by Google when they literally removed over 140,000 pages of his website from Google search engines with bogus excuses, not only highlighting the issue, but then despite his own personal loss of massive revenue, has continued to fight and highlight the war against Independent Media.

Adams published an article on April 5, 2017, titled “Google, YouTube waging ‘demonetization’ WAR on alternative media to bankrupt independent journalism,” where he put a spotlight on the censorship of Independent Media websites, including ANP, SGT Report, and Truth Stream Media, and highligting some of the technology being utilized to silence the truth “by any means necessary.”

Now let me tell you something Adams did not highlight in that post, probably because he didn’t want to toot his own horn, so to speak. Mike Adams has also been placing ads on younger sites that have been attacked, demonetized and censored, in order to help support them.

As can be heard in the interview below, where Adams speaks to SGT Report founder about censorship, who begins by informing listeners that Adams “stepped up, after you found out about our YouTube demonetization problems which hit in an incredibly  powerful and dramatic way on March 31st, they literally turned off our advertising opportunities and shut down revenue, 95% of it, and its really remained that way ever since… and you stepped up out of nowhere to email and say you’d love to place an ad at SGT Report to support us. I just want people to understand how generous you are. You offered to pay two to three times market value……”

Adams, unaware that SGT Report founder was going to bring that up, admitted to quietly helping smaller Independent publishers behind the scenes saying he would continue to do so, basically as pushback against the corporate controlled system and the attacks against Independent Media.

ANP can attest and confirm from personal experience, what SGT Report founder stated, as days after Adams published his piece on the attacks and demonetization issues, we too received an email about placing an ad on our site, which you can see in the sidebar right now. Since we had communicated with Mike previously, linking to each other in areas where article content matched, we offered a colleague discount on placing the ad, to which his representative refused, and insisted on paying more than we quoted them, because the point was to “support” ANP.

Adams, like Quayle, who always and generously will take the time to answer questions and offer guidance, are actively helping fight back against the attacks, specifically helping those that are newer to the business, less established, and therefore more vulnerable to those attacks.

We are witnessing pioneers of Independent Media standing up actively helping newer members, something you will never see the establishment media do.

Listen below  as The Health Ranger interviews the founder of the SGTreport (SGTreport.com) about the mainstream media’s attempts to destroy the independent media.

Last but definitely not least, readers/viewers have also stepped up to the plate in a big way, as SGT Report founder explains in the interview above, many have started donating to newly created Patreon accounts to support their favorite Independent Media sites. ANP has noted incredible support by readers as well, from donations, to readers sharing content with friends, emails, and on social media.

WHY INDEPENDENT MEDIA IS NEEDED NOW MORE THAN EVER

Quayle is highlighting Earthquakes, Fukushima radiation, what radical Islamic jihadist are up to, while Natural News is providing news on re-greening the planet, taking on climate change cultists, survival news, and more. In other words, a variety of issues, so together readers are seeing a wide spectrum of new from different Independent sites, while the MSM is still Trump bashing and screaming RUSSIA!!!!!!, or even worse……. coordinating the same scripted message on behalf of the corporate controlled system.

While these clips are older, they tell the whole story of what you get via MSM compared to the variety that Independent News sites offer each and every day to choose from.

Make no mistake, any and all of your favorite Independent Media sites, or video creators that deal in actual news or current events but are not toeing the “official” MSM narrative, are under attack, are seeing censorship on social media, by Google or YouTube, and have seen a massive hit to their revenue generation, which is what gives them the ability to bring a wide range of issues, to the forefront, providing data, documents, news accounts that are generally ignored, downplayed or even hidden by the MSM.

Whether it is offering up your prayers, small donations, or sharing the content with others, each and every bit of help is needed to keep Independent Media alive, because this battle has just begun………………..