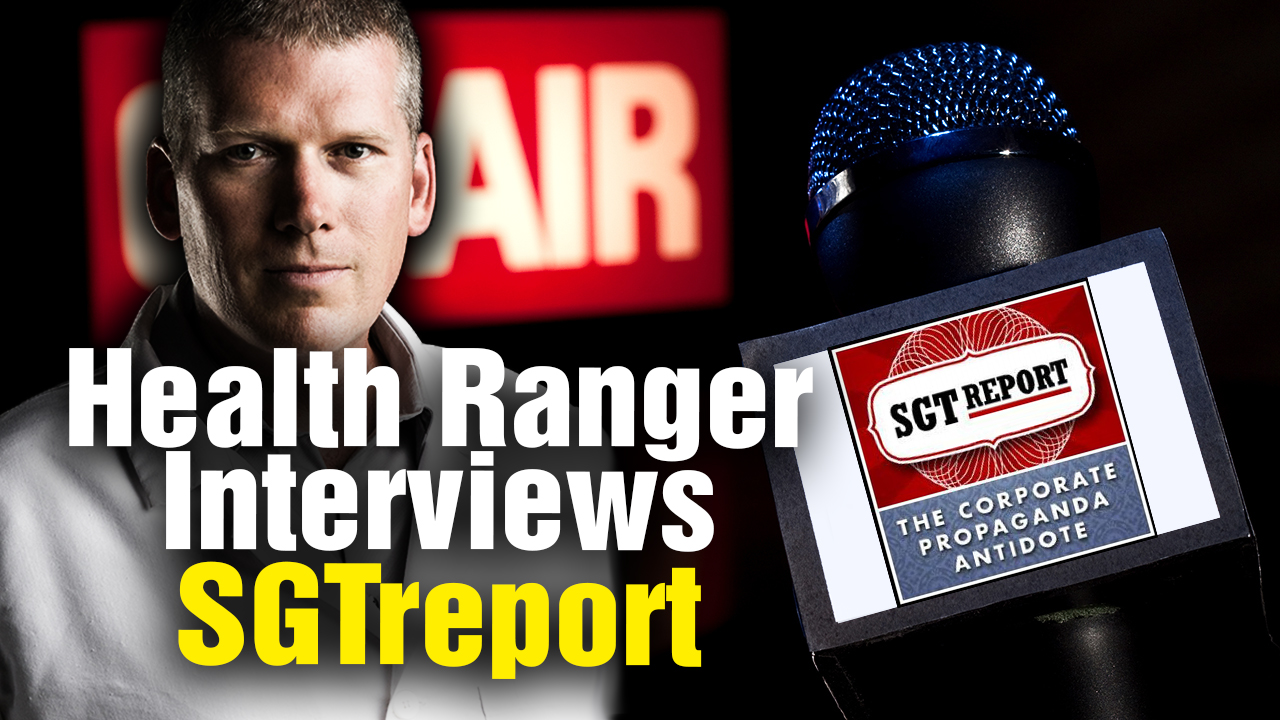 I recently published a rare interview with the founder of SGT Report, a popular independent media website that’s also featured on Censored.news. The topic of our discussion? Google’s “cheating” of its search algorithm to artificially penalize indy media websites, and YouTube’s demonetization assault on the independent media, now dubbed the “Adpocalypse.”

I quietly released the interview a couple of days ago (video below), and since then I keep hearing from people about how “powerful” the interview was, and why it gave them hope for the future of freedom of information across the ‘net. Unknown to me at the time, the person I was interviewing brought up something I hadn’t planned on making public, but since it’s now out there, I have no problem acknowledging it: YES, I have been financially supporting several smaller publishers by purchasing ad space on their websites as a means of helping to keep them financially afloat. (See details below.)

I’m looking to help more small publishers earn even more revenues, and we now have a solid revenue model through our online store affiliate system, which is earning real revenues for many publishers. If you’re reading this and want to add our affiliate revenue generation to your publishing site, just email us at “affiliate” at the domain HealthRangerStore.com to learn more details.

I’ve included the full video below, plus a few paragraphs of what All News Pipeline wrote about the interview. ANP is a very important independent media website that has done remarkable investigatory work and has suffered through its own attacks, smears and DDoS hacking waves. Like all of us in the independent media, ANP was built by resilient, determined SURVIVORS who have both the courage and the intellect to make enormous contributions to public knowledge through the practice of legitimate investigative journalism.

Here’s what they had to say about all this (video below):

Interestingly, as the MSM see each other as “competition,”  and the Independent Media as “enemies to be destroyed,” those in the Independent Media that simply have an alternate point of view, willing to highlight things the MSM refuse to address or report on, view the Internet as big enough for everyone and have started to fight back against the attacks against us all.

There are people that have been in the Independent Media business far longer than many of us, such as Steve Quayle, that links to well researched, informative articles from Independent News websites, helping to negate the censorship practices by Google and YouTube, Facebook, Twitter and others.

…Then  you have people like Mike Adams, from Natural News, who has been attacked by Google when they literally removed over 140,000 pages of his website from Google search engines with bogus excuses, not only highlighting the issue, but then despite his own personal loss of massive revenue, has continued to fight and highlight the war against Independent Media.

Adams published an article on April 5, 2017, titled “Google, YouTube waging ‘demonetization’ WAR on alternative media to bankrupt independent journalism,” where he put a spotlight on the censorship of Independent Media websites, including ANP, SGT Report, and Truth Stream Media, and highligting some of the technology being utilized to silence the truth “by any means necessary.”

Now let me tell you something Adams did not highlight in that post, probably because he didn’t want to toot his own horn, so to speak. Mike Adams has also been placing ads on younger sites that have been attacked, demonetized and censored, in order to help support them.

As can be heard in the interview below, where Adams speaks to SGT Report founder about censorship, who begins by informing listeners that Adams “stepped up, after you found out about our YouTube demonetization problems which hit in an incredibly  powerful and dramatic way on March 31st, they literally turned off our advertising opportunities and shut down revenue, 95% of it, and its really remained that way ever since… and you stepped up out of nowhere to email and say you’d love to place an ad at SGT Report to support us. I just want people to understand how generous you are. You offered to pay two to three times market value……”

Adams, unaware that SGT Report founder was going to bring that up, admitted to quietly helping smaller Independent publishers behind the scenes saying he would continue to do so, basically as pushback against the corporate controlled system and the attacks against Independent Media.

ANP can attest and confirm from personal experience, what SGT Report founder stated, as days after Adams published his piece on the attacks and demonetization issues, we too received an email about placing an ad on our site, which you can see in the sidebar right now. Since we had communicated with Mike previously, linking to each other in areas where article content matched, we offered a colleague discount on placing the ad, to which his representative refused, and insisted on paying more than we quoted them, because the point was to “support” ANP.

Adams, like Quayle, who always and generously will take the time to answer questions and offer guidance, are actively helping fight back against the attacks, specifically helping those that are newer to the business, less established, and therefore more vulnerable to those attacks.

We are witnessing pioneers of Independent Media standing up actively helping newer members, something you will never see the establishment media do.

Listen below  as The Health Ranger interviews the founder of the SGTreport (SGTreport.com) about the mainstream media’s attempts to destroy the independent media.