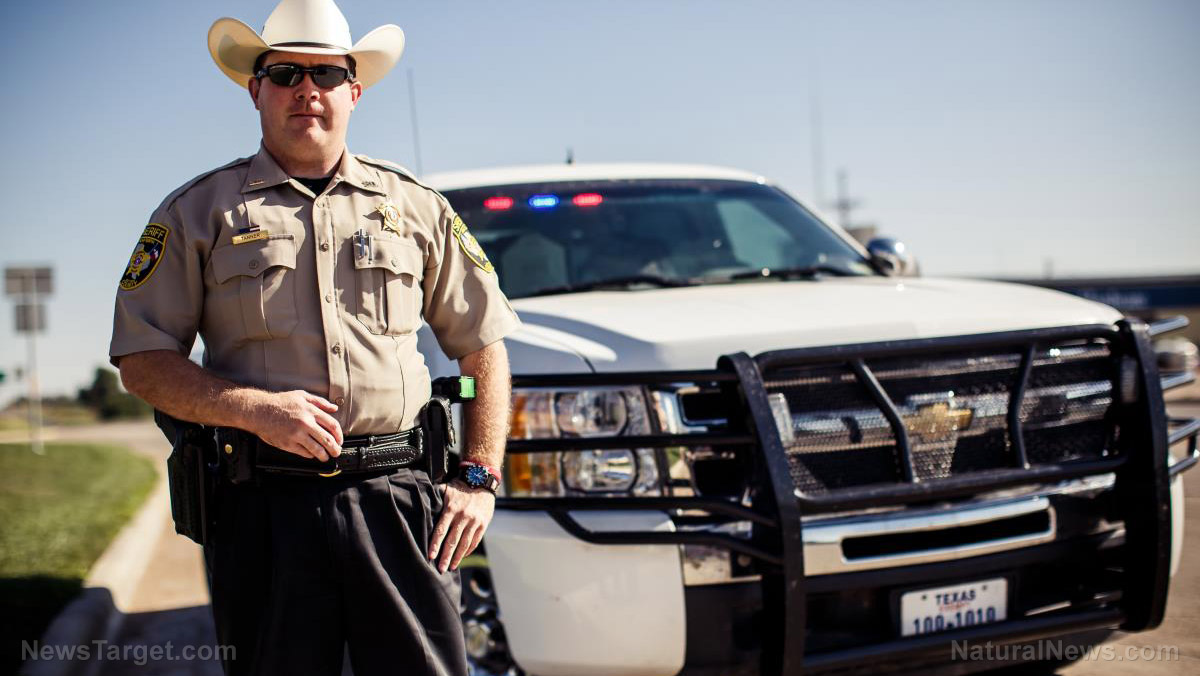 The far-Left American Civil Liberties Union has a warning for potential illegal border crossers from Mexico: Maybe you should find somewhere other than Texas to try to violate U.S. immigration laws.

Why? Well, because the state of Texas has no problems enforcing its own immigration-related laws, as well as the federal government’s laws prohibiting unlawful entry.

As reported by Fast Company, the ACLU has issued a “travel alert” to all, actually, advising them to avoid the Lone Star State following the passage of SB4, a new piece of legislation that empowers law enforcement officers to look into a person’s immigration status during routine traffic stops.

As usual, because the Left has a playbook for everything, the ACLU is claiming that the new law will create “widespread racial profiling, baseless scrutiny, and illegal arrests of citizens and non-citizens alike.”

Ponder this: The ACLU, by even making this claim, says loud and clear that it has no faith in Texas law enforcement officers to uphold their oaths of office and do their jobs as they have sworn to do. That’s one. (RELATED: The Dirty Little Secret About Border Walls And Secure Fences: They WORK)

For another thing, the loony Left always makes blanket accusations when it attacks – in this case, the oft-used accusation of “racism.” How enforcing laws as written becomes “racist” is never explained by these fools; they just drop the allegation and off they go. Talk about “baseless.”

What’s really odd here is that this ‘travel advisory’ applies to American citizens as well – as if they have anything to worry about when it comes to their legal status. Citizens, by their very nature, are not in the country illegally, and they ought not to mind answering a police officer’s question about such. To get around the expected charges of “racism,” police departments should adopt a policy whereby officers ask everyone they stop what their citizenship status is.

“We plan to fight this racist and wrongheaded law in the courts and in the streets,” Terri Burke, executive director of the Texas ACLU chapter, threatened. “Until we defeat it, everyone traveling in or to Texas needs to be aware of what’s in store for them. The Lone Star State will become a ‘show me your papers’ state, where every interaction with law enforcement can become citizenship interrogation and potentially an illegal arrest.”

Uh, well, “illegal arrest” is a poser, especially in the context of this warning. How, pray tell, will American citizens be caught up in illegal arrests as they apply to local cops inquiring about immigration status? And there’s this: Maybe Texas cops wouldn’t have to ask for that status if the state didn’t have such a problem with illegal immigration in the first place.

On that note, it’s getting a lot quieter along the U.S.-Mexico border – thanks to efforts by the state of Texas and the federal government to actually enforce immigration laws as written.

As reported by the Washington Times, crossings have plummeted 76 percent since Trump took office and, via policy, changed the entire paradigm at the border:

Illegal immigration across the southwestern border is down a stunning 76 percent since President Trump was elected, with the flow of children and families dropping even faster as analysts say the administration’s commitment to enforcing the law has changed the reality along the border.

Overall apprehensions by the Border Patrol dropped to just 11,129 in April, according to numbers released Tuesday, marking the lowest monthly total for any month in decades.

“A lot of the discussion about changes in our enforcement policy and the way we are going about doing business, we believe that has deterred people,” Homeland Security spokesman David Lapan told the Times. “When you get here, it is likely you are going to get caught. You are going to be returned to your country.” (RELATED: Trump administration ramping up crackdown on illegal immigrants, to include VISA overstays and criminals)

Frankly, this is astounding. But really, it should not surprise anyone. When you commit to enforcing the law, this is the result.

Also, this puts the lie to President Obama’s claims that his administration was also enforcing immigration law; were that the case, there would not have been record numbers of crossers during his tenure.

One other thing to mention here. The ACLU’s travel ‘warning’ is also, in its own way, helping to reduce the number of illegal border crossings. So maybe DHS should send them a thank-you note.