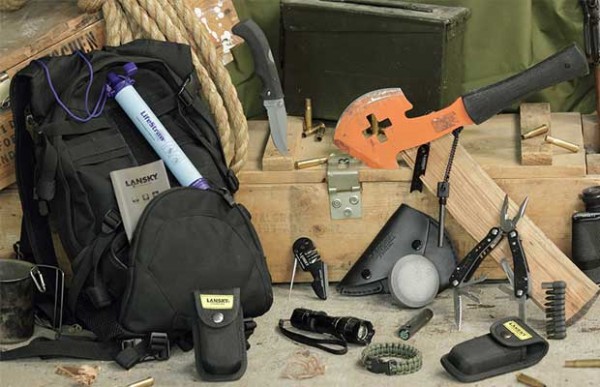 As a young child in grammar school, Mike Oehler began drawing pictures of homesteads. That early ingenuity, combined with a love for the land and a hippie-like wanderlust to nestle into natural environments, culminated a few decades later in Oehler’s 1982 inventive Do-it-Yourself instructional classic entitled, The $50 and Up Underground House Book.

As reported by Undergroundprimer.com, the Oehler system for building inexpensive underground shelters uses “innovative and ingenious construction designs and techniques” that stand the test of time. These aren’t temporary, emergency construction shelters. They were built with a bevy of donated lumber, timber from the land, inexpensive windows, “a roll of polyethylene,” and many hours of manual labor with an ax or a shovel. In this video, the veteran underground builder guru gives a tour of his original homestead buildings situated near an Idaho national forest, just thirty miles from the Canadian border.

According to Naturalblaze.com, it was in 1968 that Oehler, along with “thousands of other San Franciscans” decided to get back to the land. The first homestead was a small cabin above ground. The cold freezing winter weather was the motivation to build his next edifice underground. That’s because, as Oehler comments, at eight feet underground, the earth maintains a year round temperature of 52 degrees, despite what’s happening on the surface.

Mike Oehler’s innovative “uphill patio” design brings light to the underground living quarters and “provides space for an earth-sheltered greenhouse.” He discovered the uphill patio concept after a failed experiment trusting only in southern facing windows to provide all the light needed. Oehler has since learned to strategically place windows that allow light to stream in from all four directions, even though the house sits underground.

At the heart of his design process is a technique called “PSP, or Post/shoring/polyethylene.” And yes, plastic is one of the keys in the construction. But, as Undergroundhousing.com explains, when this plastic is “sandwiched between boards and earth in an underground house,” a  plastic that doesn’t degrade for 100 years is a good thing.

Another technique Oehler employs is to slightly char the bottom of any fence posts or barn poles that are sunk into the ground. This eliminates the need to treat wood with chemical preservatives. He also uses a few garbage bags to wrap the bottom of the posts and a little duct tape to keep them on.

Oehler utilizes many different types of used construction materials. He suggests those who want to pursue their own underground vision visit lumber mills and inquire about throwaway pieces. His $15, $50 and $500 houses seen in the video were all built in the late 1970s and early 1980s, so inflation would make any of today’s materials more pricey.  But the advantages of an underground shelter far outpace any disadvantage in materials cost. The taxes are minimal. The pipes won’t freeze. Winters are warmer and summers are cooler. There’s less to maintain, little chance of burning down, a lot more privacy and a lot less atmospheric radiation.

If and when our society falls headlong into civil unrest, an underground shelter would be a more secure place for you and your loved ones. While you’re creating one, either in the woods or in your own back yard, be sure to tuck in some survival food and, for fresh food, if a greenhouse is out of reach, stock up on plenty of seeds for your  own Mini-Farm GrowBox 2.0.