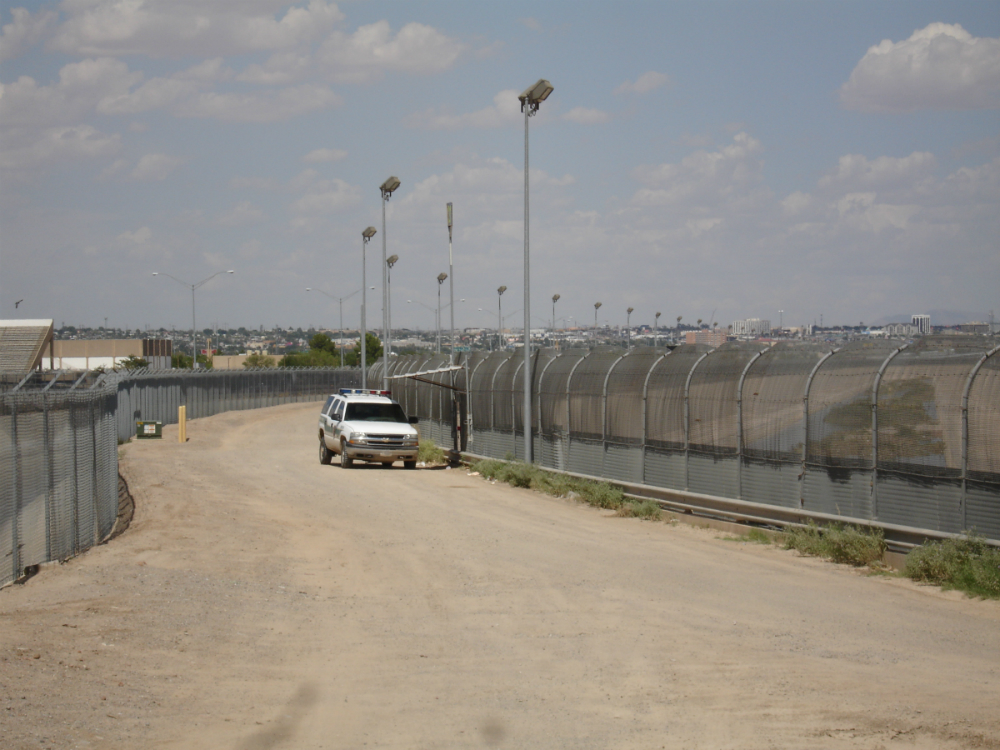 Despite the fact that South Korea has every right to defend itself against a threatening enemy, the deployment of THAAD nevertheless has sparked a major protest from China.

Why? For the simple fact that the THAAD system works, and the Chinese believe its presence tilts the balance of power in the region against Beijing.

These are diplomatic issues that will have to be worked out between the three countries, but the THAAD deployment actually serves as a great example of why there is so much opposition – from open border Democrats and establishment, donor-controlled Republicans – to President Donald J. Trump’s proposed border wall: It works. (Related: Read This is the Democratic Party: America has no right to sovereign borders.)

As noted by The Daily Caller, a fence erected along the San Diego corridor beginning in 1986 has proven to be highly effective at stemming the flow of illegal border crossings, a grossly underreported fact (Full disclosure: I have seen the 13-mile-long two-tier border fence built in 1997 and have talked to Border Patrol agents who staff that sector; while not 100 percent effective because nothing is, this fence is as close to 100-percent effective as you can get.)

This is precisely why the open borders/cheap labor/unbalanced trade crowd will do anything to prevent Trump from building his wall. It’s also why the hapless, fully compromised Republican “leadership” just agreed to a budget “deal” with Democrats that does not appropriate a single penny to that project, despite the fact that a border wall was President Trump’s signature immigration enforcement pledge.

As for the San Diego border sector, prior to the construction of the fence it was one of the busiest for illegal border crossings, accounting for about one-third of the annual total. After the fence was built, the sector fell to one of the least busy, and today only accounts for a very small fraction of illegal crossings. And local residents also noted that the fence turned dangerous neighborhoods into some of the safest, for everyone.

The Daily Signal noted further that at the time, criminal gangs and other elements had taken control of the region. Many border crossings involved armed “coyotes” – a slang term used for the human smugglers who led groups of illegal aliens across the border.

It became apparent during the Reagan administration that unless some drastic measures were taken to protect American neighborhoods and cities from being inundated with dangerous criminal elements, many would be overrun and scores would continue to be hurt or killed.

Former Border Patrol agents who worked the sector at the time commented that the situation was “out of control,” and that hundreds of illegal crossers at a time would make rushes at the border, even tossing babies over poorly built fences along with “soccer balls of heroin.”

Footage of the time is included in a Daily Signal video report detailing the situation and how the U.S. government dealt with it. It is replete with images showing people rushing across the border, using makeshift ladders to scale fences and throwing rocks at Border Patrol personnel and others along the border.

In addition to the 13-mile two-tier fence, the government has also erected an 8-10 foot tall metal-composite wall that stretches to the Pacific Ocean west, and about 46 miles inland to the east. Before it was built, that sector saw nearly 630,000 illegal crossings in 1986 alone. (Related: Read Trump Border Enforcement Efforts Lead To Astounding 90 Percent DROP In Some Sectors.)

Besides making the region much less porous for illegal crossings, the fences have also contributed to an economic boom. Businesses in Mexico have built right up to the fence itself, while businesses in the U.S. are moving towards the fence on our side of the border. Today, people can cross over legally from Mexico, shop at U.S. shops, then go back home legally at day’s end, with no problems, through gates that have been established for just that purpose. All entrants are checked through by Customs and Border Protection personnel, and Mexican citizens say the process is usually fairly quick.

What’s more, the fence – and the gates allowing free, safe passage – are generally acceptable to both Mexican and American citizens.

“They have a saying in Mexico,” said one longtime area resident, an American, interviewed in by The Daily Signal. “’Good fences make good neighbors.’”

Someone should inform to the GOP leadership.

More about our borders and security, visit InvasionUSA.news.