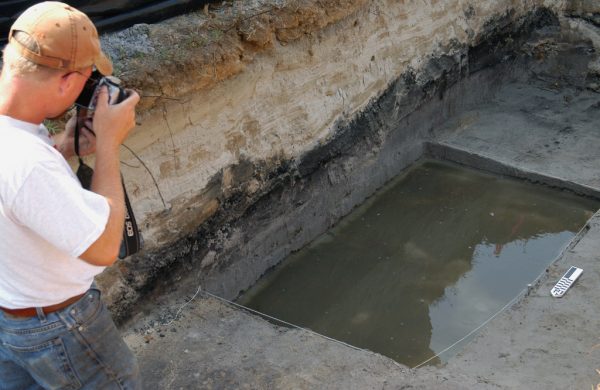 Everything we think we know about our planet, our civilization, our history and the origin of modern humankind may not be correct – in fact, it may be wildly inaccurate.

For years, Graham Hancock, a “renegade” historian, has pushed a theory that human beings evolved much sooner than we now believe, and that there was a human race which existed before a global catastrophe – a civilization-killing asteroid – struck our planet some 13,000 years ago and wiped it out.

Sounds pretty crazy, right? Well, so does everything that goes against orthodoxy and “common knowledge” – or beliefs that humans either evolved from apes or that they were divinely created by God. Then again, the fact that we haven’t even solved that mystery should make it easier to believe in another theory altogether.

But it just could be that Hancock, also an archaeologist, was right all along.

As reported by the U.K.’s Daily Mail:

Suppose all the wildest theories and historical conspiracies of novelist Dan Brown were proven true. And the mind-reading, spoon-bending claims of Israeli psychic Uri Geller all turned out to be real as well.

That wouldn’t be half as extraordinary as the announcement in an obscure scientific journal this month that vindicated 20 years of maverick research and best-selling books by the eccentric archaeologist Graham Hancock.

The bedrock of Graham’s theory is that there once existed a highly evolved human civilization before it was decimated by a world-changing, life-ending event. His theory, espoused since the mid-1990s, has been roundly criticized and mocked.

But his most recent book, Magicians of the Gods, which is a sequel to an earlier bestselling book, Fingerprints of the Gods, lays out his belief that a mini-ice age gripped Earth 130 centuries ago, followed by an asteroid strike that caused massive tsunamis and earthquakes that destroyed all life, including the advanced civilization of humans.

His theory is not without some merit. During an archaeological dig in Turkey, known as Gobekli Tepe – translated literally to mean Potbelly Hill – he discovered his most mysterious and convincing evidence. There, near the Syrian border, he discovered what he says is the oldest work of monumental architecture ever found. [RELATED: ALIEN SCIENCE? Exotic properties of Bismuth Element discovered that could mimic shape-shifting materials believed to be used in extraterrestrial UFOs]

The object is twice as old as Stonehenge – located in England and thought to be around 4,500 years old – and its design and construction are far more sophisticated. Carvings and inscriptions on the stones indicate they are astronomical in nature, giving weight to theories it was used as a guide for prehistoric astronomers. In addition, the object’s carvings tell stories, including one about a space object – a comet – that fell from the sky and nearly wiped out all humans.

Still, despite extensively making each salient point in his book, Hancock has nonetheless met with the typical skepticism and mocking that he’s known since Magicians of the Gods was first published in 2015.

Now, however, it appears that the “crazy” archaeologist may well have been right all along. In late April, research was published that has vindicated Hancock on many levels, proving that his lone voice in the wilderness was speaking the truth – which would also help explain why the roll-out of this new information was so muted.

As he said, carvings at Gobekli Tepe do tell of a comet strike – in 10,950 B.C., according to some experts from the University of Edinburgh’s School of Engineering. They wrote of their findings in the International Journal of Mediterranean Archaeology and Archaeometry, a little-known scientific journal published by the University of the Aegean. If you wanted to publish new research in as low-key a fashion as possible, you couldn’t pick a more obscure journal.

“But the obscurity of the source cannot mask the scale of the scientific back-tracking,” the Daily Mail noted. “Hancock’s claims sound like a Hollywood disaster movie, a sci-fi epic and a detective thriller all rolled into one. His theories encompass the meaning of the pyramids and the future destruction of the planet.”

As more and more conventional archaeologists begin to side with Hancock, that marks a major shift in opinion regarding the origins of our civilization. Rather than humans being little more than savages at the time of the Gobekli Tepe, the structure and its intricacies show a great deal of sophistication. Now that the theory of a comet strike has been verified, it only stands to reason that the humans of the day were far more advanced than previously believed. Hancock argues that they would had to have been to figure out how to survive such a cataclysmic event.

But there’s more. As accurate as he seems to be regarding the past, Hancock also says the future does not bode well for our species. In addition to recording what happened in the past, the archaeologist also believes that the Gobekli Tepe predicts a similar life-ending event – one that will occur within the next two decades. (RELATED: Google chief thinks immortality will happen by 2029)

Hancock believes that the object which struck the earth was actually a piece of debris from the Taurid meteor stream, which is a belt that contains millions of space rocks of varying size.

Within that belt, say astrophysicists, is an unexploded planetoid, which they have described as a super-heated rock containing molten tar beneath its thin crust. At some point, the rock will explode and send thousands of extremely hot rocks and boulders stretching for a mile or more hurtling through the meteor stream – though it’s unknown when that will actually take place.

Many of those rocks could be as much as three times bigger than the asteroid that struck earth 65 million years ago, decimating the dinosaurs. If even one of them were to strike the planet, it would literally end all life on Earth. And we’re on course to cross the Taurid meteor stream again in about 13 years – in 2030.

Stay current with all news and information about space at Space.news.