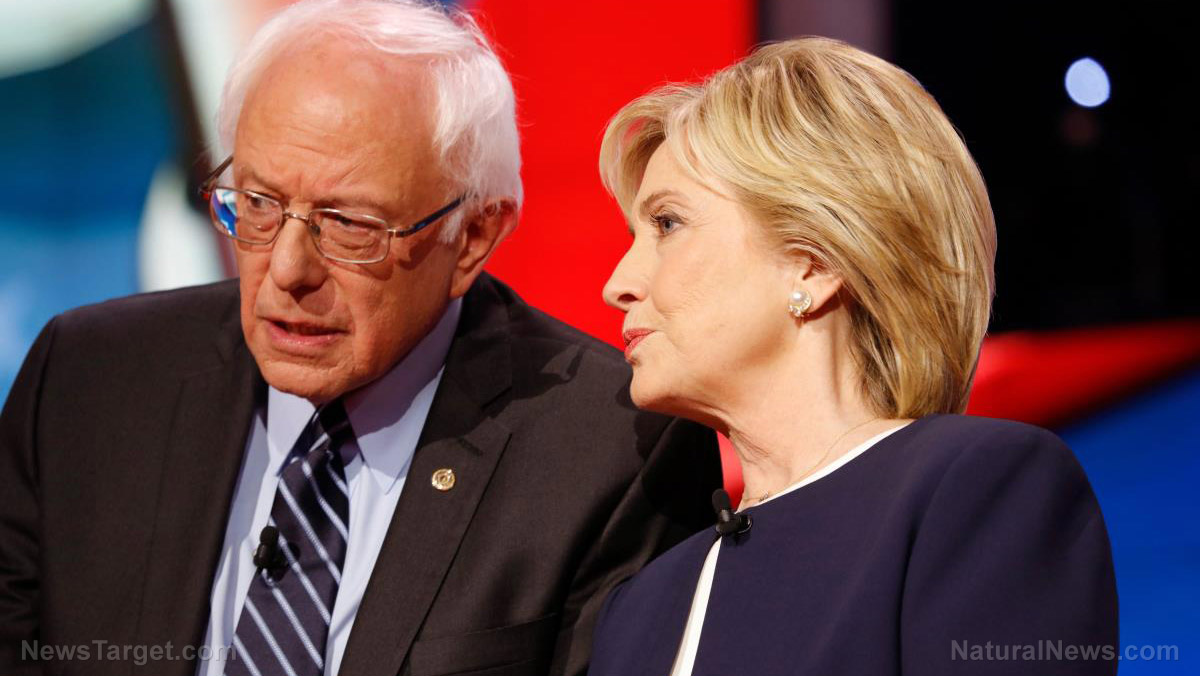 The so-called “theories” circulating before the Nov. 8 election that the Democratic Party essentially blocked Sen. Bernie Sanders, I-Vt., from obtaining the party’s presidential nomination are no longer just theories. Now, thanks to a lawsuit stemming from the theft of Sanders’ nomination, we know for sure that’s what happened.

Lawyers for the Democratic National Committee have admitted as much.

As reported by WorldNetDaily, the DNC has not only admitted it played dirty with Clinton and Sanders, but the organization is defending its decision to rig the primary in favor of its chosen candidate, “brazenly telling voters in a court of law that the party is not obligated to run a fair and impartial primary election.”

Angered by the way the DNC manipulated the primary process to coronate Clinton, supporters of Sanders and some donors to the Democratic Party filed suit against the DNC in June 2016 for allegedly committing fraud against constituents and organization backers. (Related: Read DNC admits in court that it rigged the nomination process to get Hillary on the ballot.)

It became obvious during the campaign that the DNC had skewered its nomination process to favor Clinton. No matter how many primary victories Sanders won, the head of the DNC at the time, Debbie Wasserman-Schultz, was panned repeatedly for keeping Democratic debates to a bare minimum and during times when they would garner as little attention as possible.

At the same time, no matter how many victories in the primaries that Sanders – an avowed and committed socialist – racked up, the super-delegates immediately pledged to support Clinton no matter what, which assured Sanders would not get the party’s nomination.

Also, internal emails that were published by WikiLeaks – reportedly given to the organization by a disgruntled DNC insider and Sanders supporter upset at the party’s treatment of him – showed just how corrupt the organization had become, WND noted:

The trove of DNC emails made public by WikiLeaks revealed top officials within the Democratic National Committee privately conspiring to undermine and antagonize Sanders’ campaign, ultimately resulting in Wasserman-Schulz quitting her post in July 2016.

As The Hill noted at the time, the leaked emails indicated that the DNC was all-in for Hillary and was doing whatever it could to undermine the Sanders effort. (Related: See more news on rigged elections at RIGGED.news.)

The chicanery and scheming has now landed the DNC in court, where lawyers for the organization admitted the it skewed the process to favor the most corrupt presidential nominee in modern history. This, after new DNC chief Tom Perez, former Labor Secretary under President Obama and a Marxist hack, admitted as much in February.

The suit alleges that Wasserman-Schulz and the DNC operated in violation of the organization’s own rules directing it to be neutral in the selection of its nominee.

During an April 25 hearing, lawyers for the DNC argued that the case ought to be dismissed. Then, on April 28, U.S. District Judge William J. Zloch, the senior jurist for the Southern District of Florida, a Reagan appointee, heard oral arguments in the case related to the DNC’s motion to dismiss.

In making the party’s case, DNC lawyers said that the organization had every right to make “back-room” deals and skewer the process in favor of a desired candidate. (Related: Read Bernie Sanders Delegates Allege Spying, Suppression By DNC.)

“[I]f you had a charity where somebody said, ‘Hey, I’m gonna take this money and use it for a specific purpose, X,’ and they pocketed it and stole the money, of course that’s different. But here, where you have a party that’s saying, ‘We’re gonna, you know, choose our standard bearer, and we’re gonna follow these general rules of the road,’ which we are voluntarily deciding, we could have – and we could have voluntarily decided that, ‘Look, we’re gonna go into back rooms like they used to and smoke cigars and pick the candidate that way,’” attorney Bruce Spiva argued. “That’s not the way it was done. But they could have. And that would have also been their right, and it would drag the court well into party politics, internal party politics to answer those questions.”

However, as WND noted, Article 4, Sect. 5 of the DNC’s own charter says otherwise: “The chairperson shall exercise impartiality and evenhandedness between the presidential candidates and campaigns. The chairperson shall be responsible for ensuring that the national officers and staff of the Democratic National Committee maintain impartiality and evenhandedness during the Democratic Party presidential nominating process” (emphasis added).

Spiva, however, argued that despite what the charter says, that’s not what it means.

That defense baffled lawyers for the plaintiffs.

“I’m shocked to hear that we can’t define what it means to be evenhanded and impartial. If that were the case, we couldn’t have courts,” countered plaintiff lawyer Jared Beck, who was joined by a second attorney, Elizabeth Lee.

“I mean, that’s what courts do every day, is decide disputes in an evenhanded and impartial manner.”

He also pointed out the absurdity of the DNC’s assertion that its charter is not binding but arbitrary and open to interpretation.