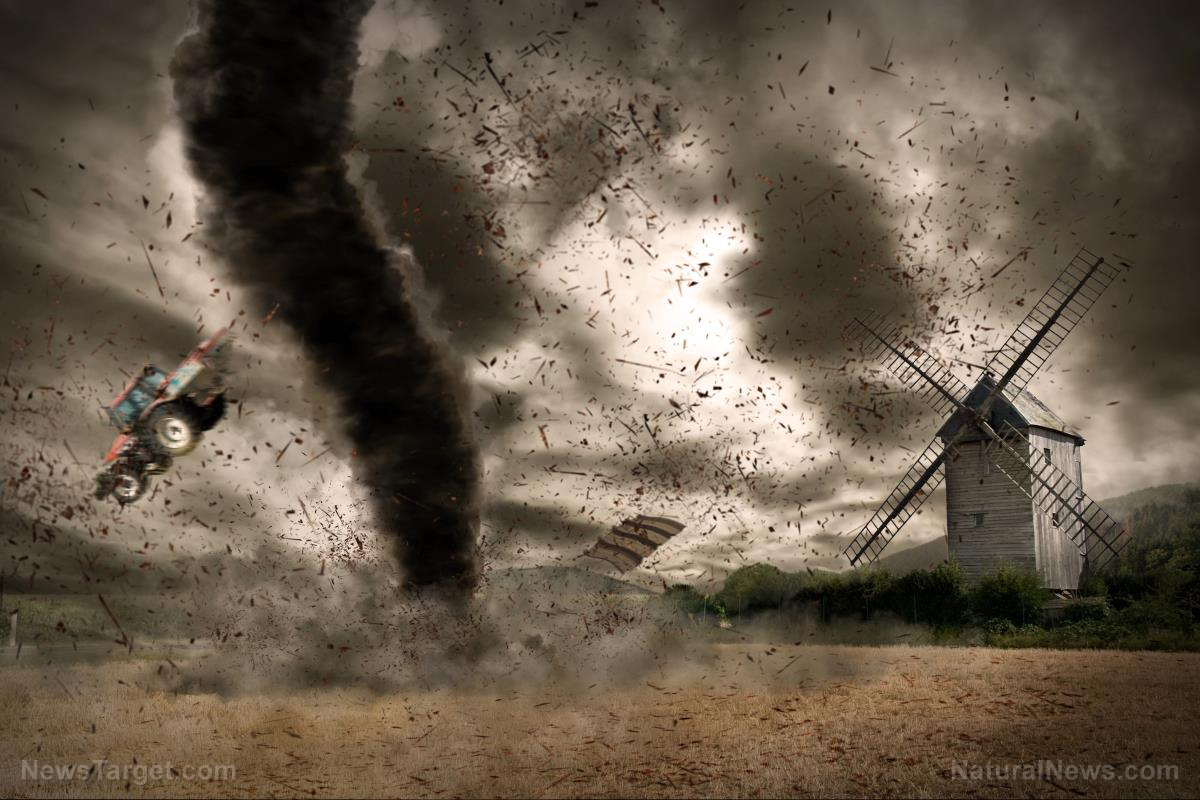 The global warming hoaxers have so inculcated their followers in Church of Climate Change dogma that now, after nearly every weather event, extreme or otherwise, climatologists and meteorologists are inundated with phone calls from worshipers demanding to know what’s going on and why.

Mostly, the cultists want to know if humans are responsible for having created the weather event. (Related: Read The REAL FAKE NEWS exposed: ‘97% of scientists agree on climate change’ is an engineered hoax… here’s what the media never told you.)

“The question is being asked by the general public and by people trying to make decisions about how to manage the risks of a changing climate,” Noah Diffenbaugh, a professor of Earth system science at Stanford’s School of Earth, Energy & Environmental Sciences, told the university’s public affairs department in an interview.

“Getting an accurate answer is important for everything from farming to insurance premiums, to international supply chains, to infrastructure planning,” he said.

You just can’t make up this kind of stuff.

Ironically, the Stanford University report claimed that in years past, climate scientists refrained from tying specific weather events to human-caused “global warming/climate change,” supposedly due to the “natural variability of the weather” (which is still the case and has always been the case).

“Over the past decade, there’s been an explosion of research, to the point that we are seeing results released within a few weeks of a major event,” said Diffenbaugh, who also serves as the Kimmelman Family Senior Fellow at the Stanford Woods Institute for the Environment.

He’s right, in that climate scientists – many of whom are also members of, and true believers in, the Church of Climate Change – have been linking specific weather events to human activity for some time now:

— In November 2015, a report in The New York Times also claimed extreme weather was being caused by humans (and linked to “global warming), adding floods and major storm to the list of weather events.

— In March 2016, Penn State made the same claim, stating that “extreme weather events like floods, heat waves and droughts can devastate communities and populations worldwide.” In a press release, the university based its claims on “recent scientific advances” that have “enabled researchers to confidently say that the increased intensity of some, but not all of these extreme weather events is influenced by human-induced climate change…”

Some, but not all…. But which ones? And how can scientists tell the difference between a human-caused extreme weather event and one that just occurred naturally?

— Scientific American said the same thing in January, citing “a leading scientist” who used “improved computing and statistics” to make his claims.

Hansen has been discredited, his prediction of doom and gloom thanks to human-caused weather activities long since passed. So has NASA, for that matter.

Ice in the Antarctic isn’t melting and consuming continents, it is growing, despite what the fake news losers at CNN say.

There are no replicable studies – no evidence-based studies – that prove human activity is causing the planet to heat up. None. Nada. Zip. Zilch. Only “computer models” that have been wrong time and again for three decades.

Despite all of the real evidence proving there is no truth at all to what pastors at the Church of Climate Change are preaching, that apparently hasn’t stopped the faithful from overreacting to every instance of flooding, every unseasonably hot week, every tornado or strong storm.

Because obviously, when we’re talking about religion, proof is not necessary and not needed. Only faith.