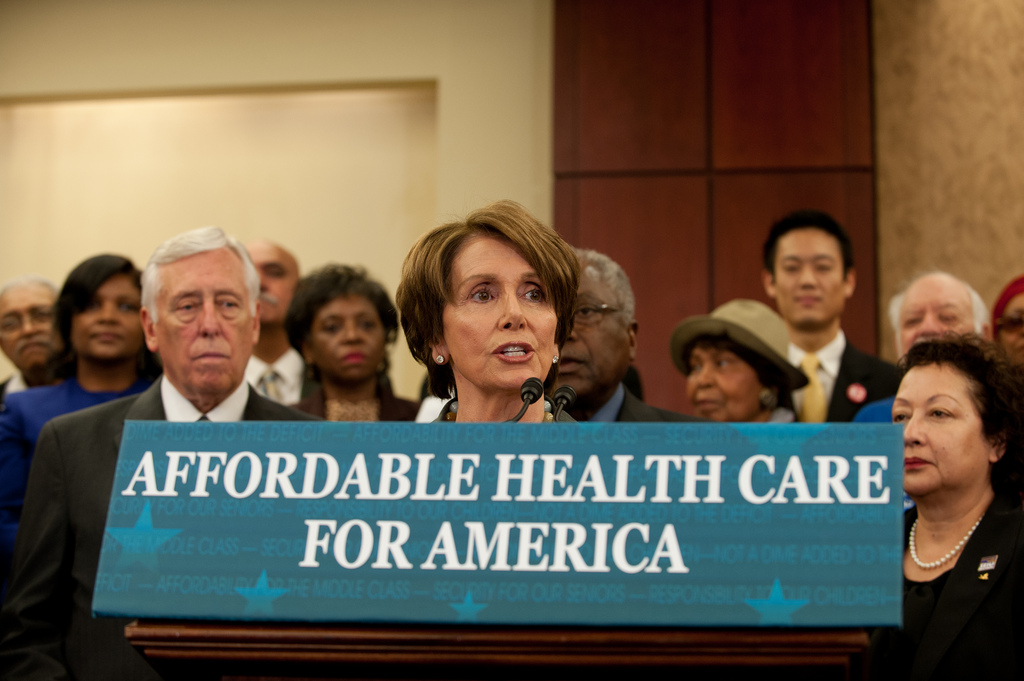 Some of the Democratic Party’s Marxist stalwarts are getting up there in age and it’s finally beginning to show: In public appearances they are having an increasingly difficult time enunciating their words, remembering key facts and clearly conveying their hatred for President Donald J. Trump.

Enter House Minority Leader Nancy Pelosi of California. Democratic members of the House had another opportunity recently to replace her as their leader and install a younger, more coherent member of their party. Instead, as The Washington Post noted, she prevailed once again last November – but not as convincingly as in the past:

Pelosi easily beat Rep. Tim Ryan (D-Ohio), a seven-term lawmaker who launched an upstart bid to lead House Democrats two weeks ago in response to the party’s disappointing November election results and concerns that Democrats have become out of touch with working-class voters in key swing states such as Pennsylvania, Michigan and Ohio.

But Pelosi’s margin of victory, 134 votes to 63 for Ryan, signaled a large degree of discontent with her leadership after 14 years atop the caucus and, more broadly, with the Democratic policy agenda that many lawmakers say has grown stale.

“Stale?” How about positively stagnant? Democrats lost more than 1,030 local, state and federal elected positions in the age of Pelosi and Barack Obama. But I digress. (RELATED: Chicago democrat calling for military occupation of the Windy City)

In a recent speech, Pelosi’s mental deterioration was once again on display, slurring her speech and getting her words all jumbled and mixed up, even as her sentences become unclear and illogical. In a seven-minute speech to Refugees International, The Daily Sheeple noted, Pelosi demonstrated perfectly why Congress should have term limits:

Pelosi, of course, isn’t alone. She’s joined by another kook who’s time has come (and gone) – the new “queen” of the liberal Left, Rep. Maxine Waters, also of California, whose Trump hate has made her even more unhinged than she previously was.

Here she is attempting to use her vast ‘foreign policy experience’ to ‘explain’ why the Trump administration should just let North Korea continue to develop nuclear weapons and the ICBM’s to deliver them to the doorstep of her home state – that is, when she could remember it was North Korea she was talking about:

As reported by the American Mirror, in February – while calling for President Donald J. Trump to be impeached merely because he had the temerity to get elected – she misidentified a country that had been invaded by Russia.

Politicians – like ordinary folk – say stupid things all the time. Got it.

It’s also clear that when most people reach a certain age, their minds are not as sharp as they used to be. That’s okay; it happens. We cope the best we can.

But what happens when those who suffer from brain flatulence and freezes are lawmakers – decision makers charged with running our country? If they can’t even read through a simple speech or answer a question during a media interview, how can they be trusted to make rational, cogent decisions when dealing with the country’s social, political and foreign policy issues? (RELATED: Crackpot Maxine Waters now liar-in-chief: ‘I never called for Trump’s impeachment’)

Obviously, they can’t. However, there is no constitutional provision limiting Americans who have reached a certain age from continuing to run for office, nor is there a mental acuity test for sitting members.

What’s funny is that both of these congresswomen have had the temerity in the past to suggest that President Donald J. Trump has a mental disorder, when clearly he has all his faculties and had enough brain power to defeat 16 other Republican candidates for the nomination.