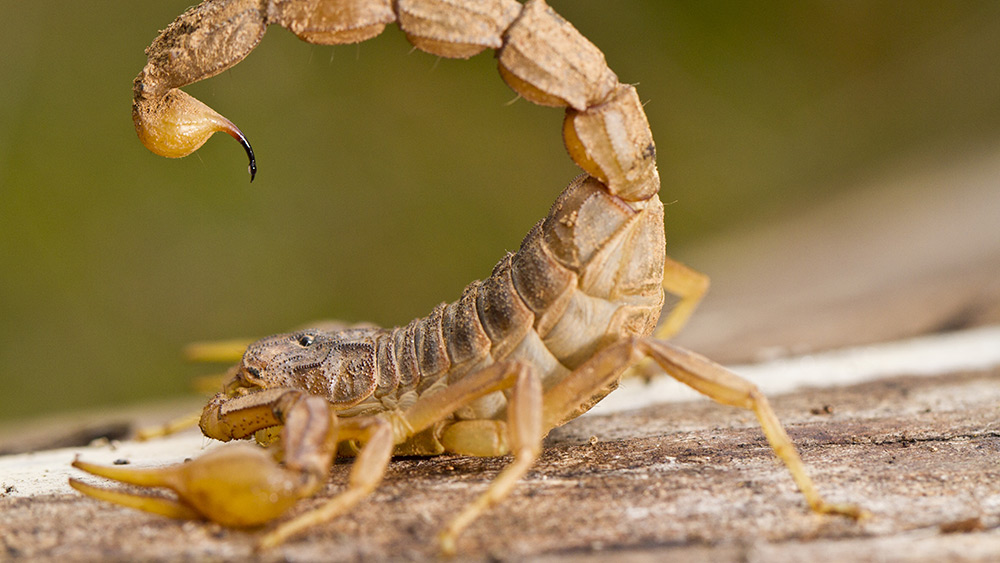 Instead of using conventional medicine to treat his aches, one Cuban man has turned to an unusual source of relief. Pepe Casañas, a 71-year old man from Pinar Del Rio, Cuba, lets a scorpion sting him every now and then. “The sting doesn’t hurt me a bit,” says the man who endures a monthly sting from any one of the three or four scorpions he keeps at his home.

Casañas, reveals FoxNews.com, hails from a family of beekeepers and has been using insect bites as a pain remedy for some time. Beginning with stings from bees, Casañas has since moved on to receiving stings from scorpions. “About eight years ago, I started with this scorpion stuff. My bones were beginning to hurt me, arthritis, and it helped me to feel comfortable. I couldn’t brush my teeth, or comb my hair. I got a scorpion, squeezed it, and it stung me twice, and look: My arm’s doing fine,” Casañas states.

What might be excruciating pain for some is simply a “minor sting” for the Los Palacios resident. His brother, after all, has used bee stings in the past to successfully cure a disability. Casañas has said he sometimes even keeps a scorpion in his hat, just in case. As he’s told EFE.com: “The sting doesn’t hurt me a bit. And if they’re using it as a treatment for cancer in Cuba, it has to be good.”

Casañas’ approach to treating pain may seem unusual, but he’s not alone. Scorpion venom is already known for its anti-inflammatory and analgesic properties.  Working off from this, Cuba began testing the efficacy of scorpion venom in cancer treatments in 2006; researchers observed that their patients’ quality of life had drastically improved. By 2016, Labiofam, a Cuban pharmaceutical firm, began manufacturing Vidatox, which has been prescribed to alleviate the pains and other symptoms commonly associated with cancer. Vidatox’s main ingredient is the venom from blue scorpions (Rhopalurus junceus).

“A very important use of Vidatox, which we want to promote, is that of an analgesic and anti-inflammatory, for use against cancer, given that any osteoarthritic process such as rheumatism can be treated with this medication,” says Dr. Fabio Linares, head of the Vidatox project. Moreover, Linares states that scorpion venom stimulates the human body’s immune system and natural curative systems, meaning that the relief Casañas feels after being stung “makes sense.”

According to the researchers of a 2010 study, scorpion venom does indeed contain painkiller properties. The peptide toxins found in scorpion venom interacted with sodium channels that communicate pain to the nervous and muscular systems. This interaction is what made it highly effective. A member of the research team, Prof. Michael Gurevitz of Tel Aviv University, noted that the Chinese recognized the benefits of scorpion venom long ago and have been using it for hundreds of years as part of Traditional Chinese Medicine.

Read up on more natural health alternatives by visiting HealingArts.news. More pieces about medical matters can also be found at Medicine.news.