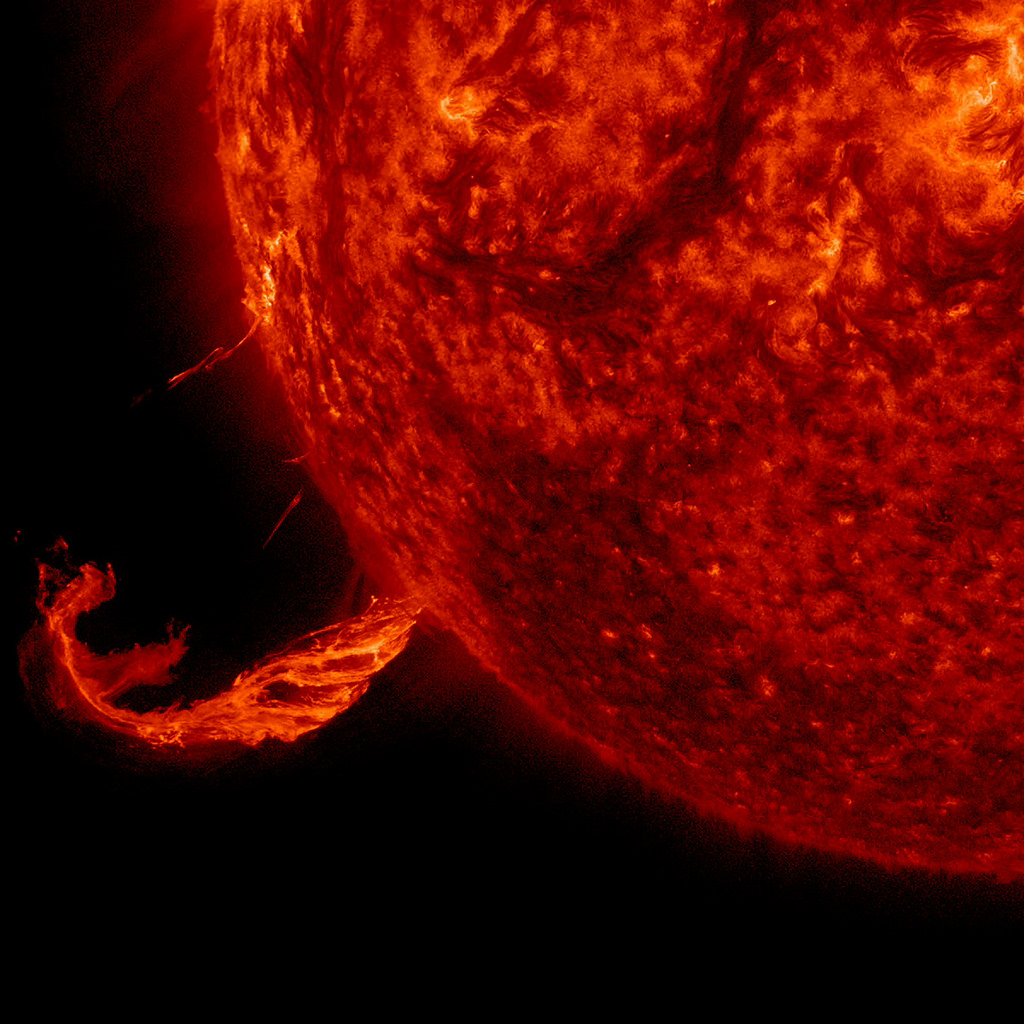 To examine how solar storm-induced GICs affect the planet’s structures, scientists at the National Aeronautics and Space Administration (NASA) collaborated with heliospheric scientists, magnetospheric physicists, power engineers, and emergency management officials from various research institutions and industries during a pair of intensive week-long workshops in 2016.

According to researchers, the sun regularly ejects a stream of magnetic solar material called solar wind, as well as occasional huge clouds of solar material known as coronal mass ejections. The research team said these solar materials interact with the planet’s magnetic field, which in turn leads to temporary changes. As a result, geomagnetically induced currents are formed just under the planet’s surface.

The team also noted that long, thin, metal structures near the planet’s surface —  including underground railroads, power lines and pipelines — may serve as conductors for these GICs. This means that electric currents may easily travel underground, the researchers said. In effect, GICs may negatively affect all these structures, the experts added.

The research team cautioned that GICs may be more challenging to manage in affected power systems, as they require careful control of electric currents to keep the power on. According to the researchers, GICs from strong solar activities may also lead to voltage collapse. Voltage collapse can cause temporary blackouts in certain areas, and may affect various industries such as transportation, health care, and commerce. However, researchers noted that GICs were unlikely to cause major power system damages. (Related: Know more about the latest developments in space science at Space.news).

“For permanent transformer damage to occur, there needs to be sustained levels of GICs going through the transformer. We know that’s not how GICs work. GICs tend to be much more noisy and short-lived, so widespread physical damage of transformers is unlikely even during major storms,” said Antti Pulkkinen, a Space Weather Researcher at NASA’s Goddard Space Flight Center in Greenbelt, Maryland.

The study also found that GICs may interfere with railway signals. As per the research team, these railway signals typically operate on an automated closed/open circuit system, which determines whether a train is on the track. The study revealed that GICs may alter these signals, which in turn may prompt the system to detect a train when there is actually none. The study also showed that GICs flowing in pipelines may produce false signals. In turn, this may prompt pipeline workers to inspect otherwise normally functioning pipelines.

The team’s previous research on GCIs have lead to the adoption of new standards in preventing blackouts. In fact, the Federal Energy Regulatory Commission now requires power companies to prepare for potential GIC disruptions.

The findings were published in the journal Space Weather.

A Chinese study published in 2008 has shown how GCIs impact power grid operations. According to the researchers, unknown severe transformer vibration and increased noise have been noted in certain parts of Guandong, China when two power transmission lines — the Yang-Huai power transmission system and a 500 kV long-distance transmission line — started operating in 2001. To determine the mechanism behind the phenomena, the research team compared more than ten magnetic storms and examined data on transformer neutral currents. The experts then concluded GCIs caused the disturbances.

In addition, the research team also noted that GIC levels in Guangdong Power Grid was much higher compared with those of Yang-Huai power transmission system. However, grid structure and coast effect may have contributed to this, the experts said. The findings were published in the Chinese Journal of Geophysics.