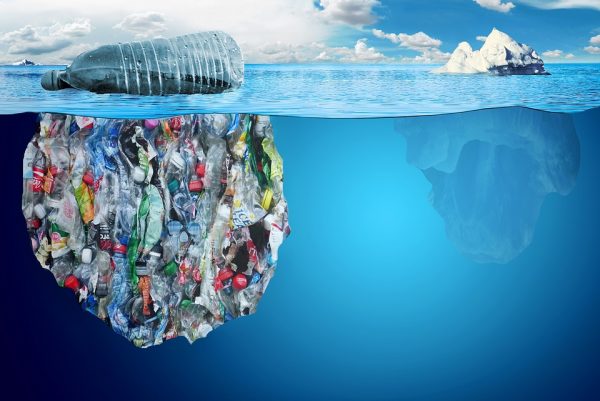 In an effort to be part of the revolution for sustainable living, Adidas has created a new shoe made out of plastic waste collected from the ocean. According to their official press release, the German sportswear giant has collaborated with environmental advocate group Parley for the Oceans to incorporate recycled plastic in their trademark running shoe designs. According to Adidas, each pair of limited edition Parley shoes uses an average of 11 plastic bottles. Recycled plastic does not comprise the entire design, but it will be used in significant portions, including the laces, heel webbing, heel liner, and sock liner covers.

This is not the first time that the brand ventured into sustainable fashion. In November 2016, they released a limited run (only 7,000 pairs) of their recycled plastic sneakers. This year, the brand is looking to take their project to a higher level. They are aiming to release more pairs in May 2017, with the target of selling around one million pairs of the limited edition sneakers by the end of the year.

The brand’s efforts come as plastics continue to be a global environmental threat. Plastic pollution has been plaguing the environment for decades, and the consequences are worrying.

According to the World Economic Forum (WEF), over eight million tons of plastic wind up in the ocean every year, adding that the ocean is now estimated to contain 150 million tons of plastic. WEF forecast this amount to reach 250 million tons by 2025, multiplying exponentially by the year so that by 2050, the number of plastics in the ocean could outweigh the fish. In addition, plastic ingestion has been seen as a factor in the population decline of various species of marine wildlife, including sea turtles, seals, and even sperm whales; beached corpses which became a disturbingly common sight on European shores last year.

Perhaps even more alarming: plastic affects more than just the marine animals that are drowning in it. A report on TheGuardian.com shared details of a study done by students at the Ghent University in Belgium. The study found that those who consume shellfish take in around 11,000 fragments of microplastics along with it. These plastics, according to the researchers, inevitably pose a health risk to those who ingest it, though these risks have not yet been discovered, which only make the findings even more troubling.

The potentially catastrophic effects of plastic pollution are overwhelming — though efforts made by consumers and brands alike may just prove to be effective solutions.

The collaboration between Adidas and Parley for the Oceans is not the only one of its kind. In an April 2016 story on Refinery29.com, it was announced that start-up Bionic Yarn, which produces textiles made from recycled ocean plastic, partnered with denim brand G-Star to create a line of jeans for environmentally conscious consumers.

At the same time, a story on SustainableBrands.com revealed that 84 percent of consumers choose environmentally-responsible products as much as possible. Citing results from the 2015 Cone Communications/Ebiquity Global CSR Study, the story went on to reveal that 81 percent of consumers would purchase less products to if it meant preserving natural resources. Additionally, 57 percent would buy a less-efficient or lower-quality product as long it is more socially- or environmentally-responsible. Such figures are a small reassurance even as the problem of plastic pollution looms.