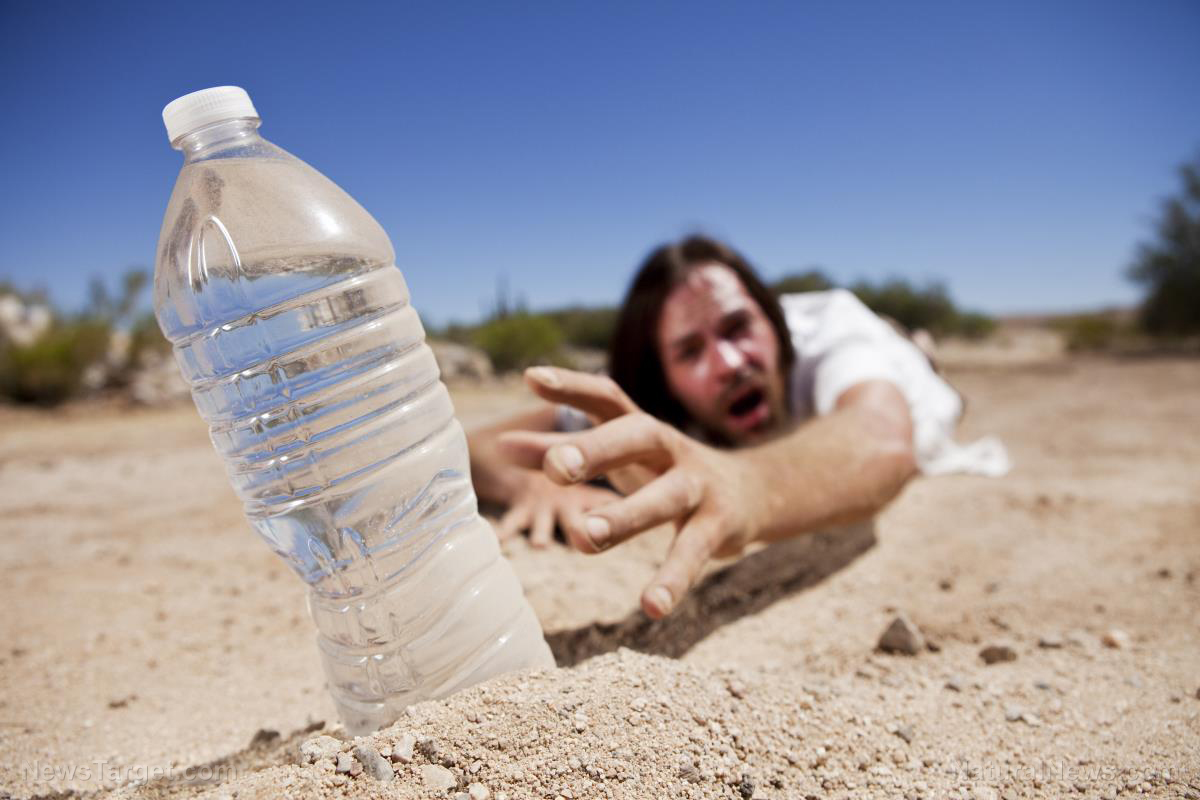 What if no matter where you lived, and under any circumstances, you would never be without life-sustaining water? That day has arrived, thanks to breakthrough technology.

As reported by Science Daily, researchers envision a future where every home, no matter where it is located, has the ability to simply pull water in from the air, even those homes located in dry, desert-like climates. Even more interesting, the sun powers the device.

The so-called “water harvester,” which is solar-powered, was showcased recently in the journal Science. A demonstration of the device in mid-April showed that with only ambient sunlight it can extract liters of water from the air, even in humidity as low as 20 percent.

Science Daily noted that the device was built by researchers and developers at the Massachusetts Institute of Technology. It is constructed using a metal-organic framework (MOF), a special kind of material that was made at the University of California-Berkeley.

“This is a major breakthrough in the long-standing challenge of harvesting water from the air and low humidity,” said Omar Yaghi, a faculty scientist at the Lawrence Berkeley National Laboratory, holder of the James and Neeltje Tretter chair in chemistry at UC-Berkeley, and a senior co-author of the paper.

“There is no other way to do that right now, except by using extra energy,” Yaghi continued. “Your electric dehumidifier at home ‘produces’ very expensive water.” (RELATED: The Best Ways To Filter Your Water So You Don’t Get Sick)

The paper noted that researchers were able to pull some 3 quarts of water out of the air in 20-30 percent humidity over a period of 12 hours. They used a single kilogram (2.2. pounds) of MOF, and tested the device in real-world conditions – on rooftops at MIT, which is located in Cambridge, Mass., near Boston.

“One vision for the future is to have water off-grid, where you have a device at home running on ambient solar for delivering water that satisfies the needs of a household,” Yaghi – who is also the founding director of the Berkeley Global Science Institute, co-founder of the Kavli Energy NanoSciences Institute and the California Research Alliance by BASF – said. “To me, that will be made possible because of this experiment. I call it personalized water.”

Yaghi invented metal-organic frameworks more than 20 years ago, combining metals like magnesium or aluminum with organic molecules in a tinker-toy arrangement to create rigid, porous structures ideal for storing gases and liquids. Since then, more than 20,000 different MOFs have been created by researchers worldwide.

Other similar structures can retrieve carbon dioxide from flues, separate petrochemicals and other uses.

It’s unknown what widespread effect the device may have on overall climate patterns and weather, but many believe it is a remarkable invention that can finally bring needed water to parts of the world where it is otherwise scarce.

Also, there is that off-the-grid utility that will no doubt be snatched up by more than a few preppers. (RELATED: Know And Understand These Water Survival Myths So You Can Better Protect Your Family)

“This work offers a new way to harvest water from air that does not require high relative humidity conditions and is much more energy efficient than other existing technologies,” said Evelyn Wang, a mechanical engineer at MIT.

There is much more work to be done. The current device is only capable of absorbing about 20 percent of its weight in water, but Yaghi believes further development will raise that to 40 percent using other MOF materials. He also believes the materials can be adjusted to become more effective at water harvesting in lower or higher humidity environments.

“It’s not just that we made a passive device that sits there collecting water,” said Yaghi, “we have now laid both the experimental and theoretical foundations so that we can screen other MOFs, thousands of which can be made, to find better materials.”

Perhaps such devices will be coming to a prepper store at some point in the future.

J.D. Heyes is a senior writer for NaturalNews.com and NewsTarget.com, and editor-in-chief of The National Sentinel.