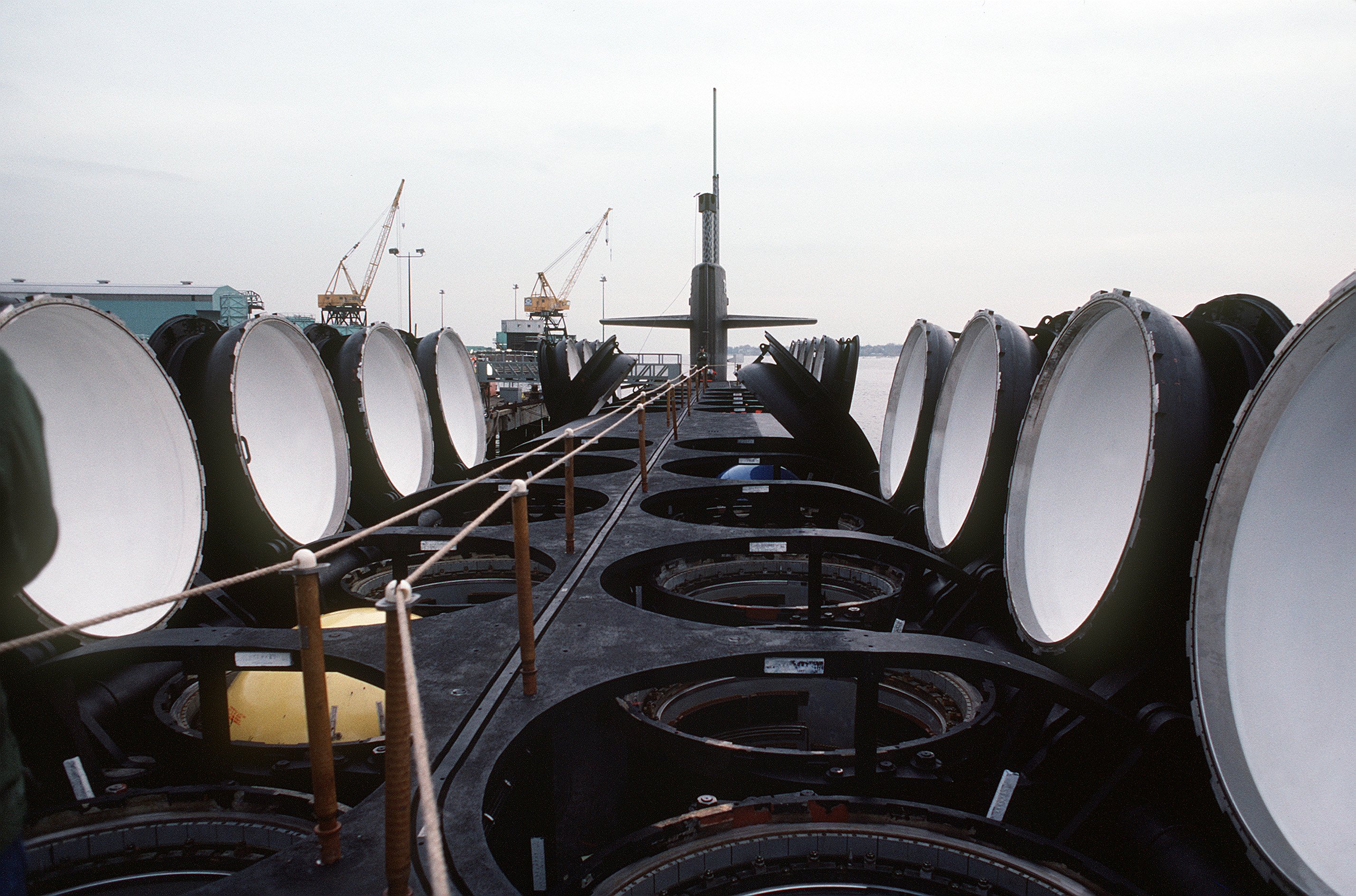 One of the most powerful weapons in the U.S. Navy’s arsenal has arrived in a South Korean port as an aircraft carrier battle group steams towards waters off North Korea. Pyongyang has also recently been given a warning from its sole ally that it’s about to cross a line from which there is no return.

Reports on Tuesday noted that the USS Michigan, one of four Ohio-class cruise missile submarines carrying 154 Tomahawks steamed into the Port of Busan, the Washington Examiner reported, and will bolster a growing fleet of U.S., South Korean and Japanese warships in the region.

The Pentagon downplayed the Michigan’s arrival, but given the potency of the sub’s cruise missile cargo and its range, most seasoned geopolitical observers aren’t buying the “official” line.

“The nuclear-powered submarine USS Michigan will enter the waters off the peninsula soon or later to jointly conduct drills with the USS Carl Vinson,” an unidentified South Korea official told the UK’s The Star, referring to the aircraft carrier group that President Donald J. Trump has ordered to the Korean peninsula. (RELATED: Is Iran Next? Trump Proclaims Tehran Has Broken “Spirit” Of Dangerous Nuclear Deal Negotiated By Obama)

The deployment of the sub and the U.S. naval fleet comes amid rising tensions with nuclear-armed North Korea, which has threatened repeatedly in recent weeks to lash out militarily against U.S. assets and allies in the region if any attack is launched against its nuclear facilities.

On Monday the North conducted a massive artillery barrage exercise to celebrate the birth of the country’s military, but observers also noted that it was yet another show of force by Pyongyang.

Still, the Trump administration does not appear to be intimidated. In response, the Pentagon on Wednesday is planning a rare test of a Minuteman III intercontinental ballistic missile (ICBM), which The Star noted in a separate report is a way of sending Pyongyang a message that the United States possesses superior nuclear power and has the ability to deliver it quickly and accurately.

The last Minuteman III ICBM was tested in February, ostensibly as a warning to Russia for its increased aggressiveness in buzzing U.S. naval vessels and challenging U.S. airspace.

The White House was briefed by outgoing President Barack Obama that its most challenging threat in the near-term was North Korea, a shadowy Stalinist country that has poured scarce resources into developing nuclear weapons and the means to deliver them globally.

At present, most analysts do not think the North has the capability to deliver nuclear weapons to U.S. shores. But it may have the ability to mount a nuclear weapon atop a missile that can easily reach South Korea and Japan, both U.S. allies.

North Korea has held five nuclear tests over the past few years and may be planning a sixth. If it does conduct another test, that could be the impetus for Trump to order an attack that would seek to destroy the North’s nuclear infrastructure, as well as its chemical weapons stockpile, one of the largest in the world.

The saber-rattling has worried Pyongyang’s sole major ally and neighbor, China. The UK’s Express noted that Beijing has warned its neighbor that another nuclear weapons test would push its relations “beyond the point of no return.”

In addition, China warned North Korea it would be on the losing end of any conflict on the peninsula, and would suffer the most damage, including, perhaps, the end of the Kim dynasty that has ruled the country since its birth shortly after World War II.

“The game of chicken between Washington and Pyongyang has come to a breaking point,” warned an editorial in the Global Times, which is widely believed to be a mouthpiece for China’s ruling Communist party, The Express reported.

During the interview, he was asked about his intentions regarding North Korea, and while declining to get into specifics, nonetheless specifically mentioned the power of U.S. Navy submarines.

Trump and his closest national security advisors are scheduled to provide the entire Senate with a briefing on North Korea on Wednesday, which is highly unusual and almost certain to ensure there will be leaks to the media – which may be precisely what president expects and wants.