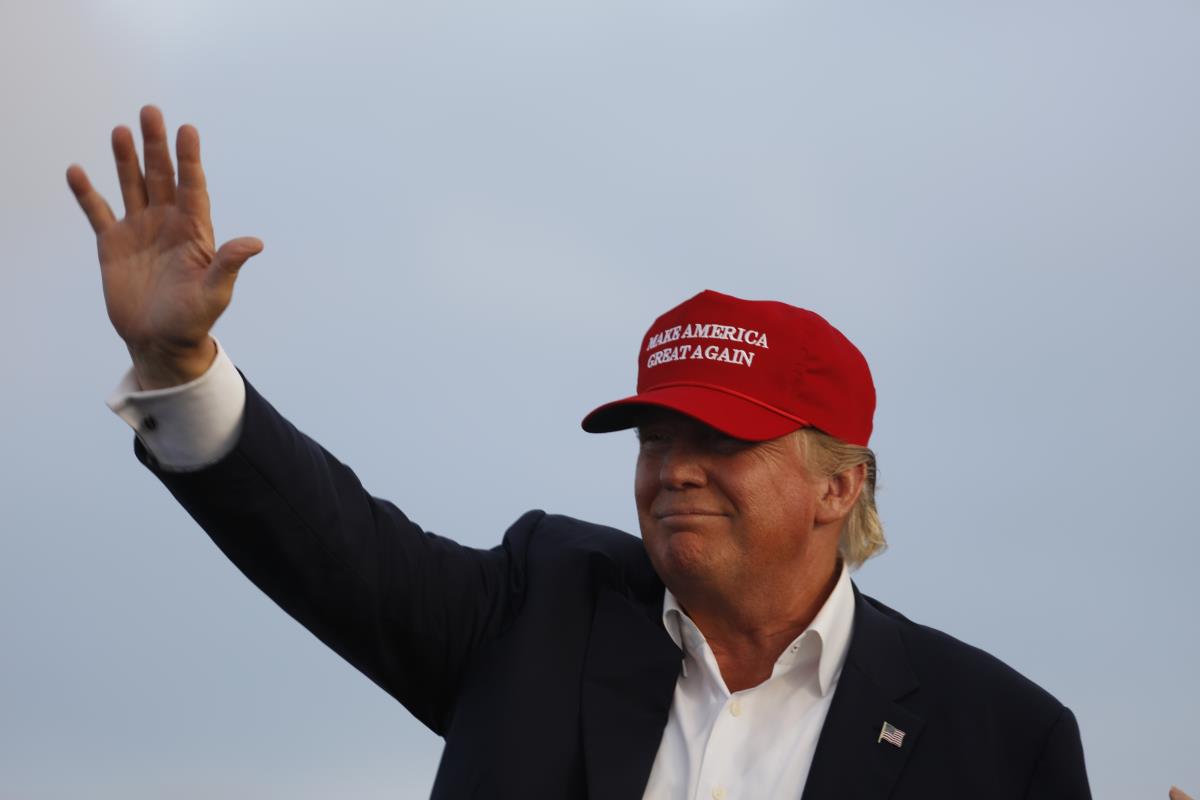 President Donald J. Trump’s biggest accomplishments since taking office Jan. 20 have come without much help at all from the Republican-controlled Congress, which in and of itself is a story. Still, the populist president has managed to accomplish a great deal of what he promised during the campaign, and that includes dramatically scaling back the jobs-and-opportunity-killing federal regulations.

While negotiations are either ongoing or have just begun regarding major legislation including an Obamacare repeal-and-replace measure, as well as tax reform, Trump has begun chipping away at the rules and regulations that stifle the American dream for tens of millions. (RELATED: What Donald Trump Just Said About Regulations Is HUGE And Ought To Make Every Business Owner And Job Seeker Happy)

As reported by The Daily Signal, it’s not as if Trump hasn’t gotten any help at all from the Republican-controlled Congress. Under this president, Republicans have managed to roll back scores of last-minute Obama-era rules using a little-known (and before now, little-employed) law known as the Congressional Review Act.

Here’s how it works.

Passed in 1996 as part of the Contract With American Advancement Act (Section 251), the law gives Congress the power to disapprove a wide range of regulations that are issued by federal agencies, generally speaking within 60 days of the rule being transmitted to Congress. The disapproval must come in the form of joint resolution, which must then be signed by the president.

Until now, the law had not been used much because the congressional majority differed from the party that held the White House. Now, Republicans hold both.

But more than that, the GOP has an ally in Trump in that the former businessman campaigned on the promise of rolling back the federal bureaucracy, including last-minute rules enacted by his predecessor.

“We’re excited about what we’re doing so far. We’ve done more than that’s ever been done in the history of Congress with the CRA,” Rep. Doug Collins, R-Ga., told The Daily Signal.

Here are some ways Congress and Trump have used the CRA to thwart some of Obama’s rules:

— Coal mining regulations: Under House Joint Resolution 41 (H.J. Res. 41), rules mandated by Obama and finalized in 2016 were dismantled. The rules “threatened to put domestic extraction companies and their employees at an unfair disadvantage,” said White House spokesman Sean Spicer. The measure repealed rules that could save U.S. businesses somewhere around $600 million a year.

— Streams – and coal mines: H.J. Res. 38 blocked Obama administration rules which provided a vague definition of what constituted a “stream” and which was directed specifically at coal mining operations. “Complying with the regulation would have put an unsustainable financial burden on small mines,” said Spicer.

— Protecting gun rights for the disabled: H. J. Res. 40 did away with an Obama rule that would have denied some Americans with disabilities their right to keep and bear arms “based on their decision to seek Social Security benefits,” said Spicer.

Essentially the rule prohibited anyone who needed help managing their affairs from getting a gun, but there was no due process requirement in the regulation – denial would have simply been up to the next bureaucrat in line at some federal agency.

— Land management: H. J. Res. 44 undid a rule that critics say put way too much power to manage and administer public lands in the hands of Washington agencies. “The Obama administration wanted to shift land policy from local governments with specific expertise to the federal government, basically shifting even more of the land management policy away from those affected by it,” said Sen. Mike Lee, R-Utah.

— So-called Internet ‘privacy’: This rule, Spicer said, essentially allowed “bureaucrats in Washington to pick winners and losers in the industry.” Sen. Jeff Flake, R-Ariz., introduced a resolution to block the regulation, saying it would help keep consumers in charge of how they want to share information electronically.

With some backing from Congress and working on his own, Trump is making good on promises to roll back federal rules and regulations, giving the free market and enterprising Americans back their ability to innovate and grow the economy. (RELATED: As Trump Approaches His 100th Day, Here Are The Promises He’s Kept And Is Likely To Keep)

Trump, it is said, is establishing a “legacy” of deregulation, even more so than did President Ronald Reagan. As his 100th day in office approaches, he is planning even more executive action aimed at cutting federal rules.