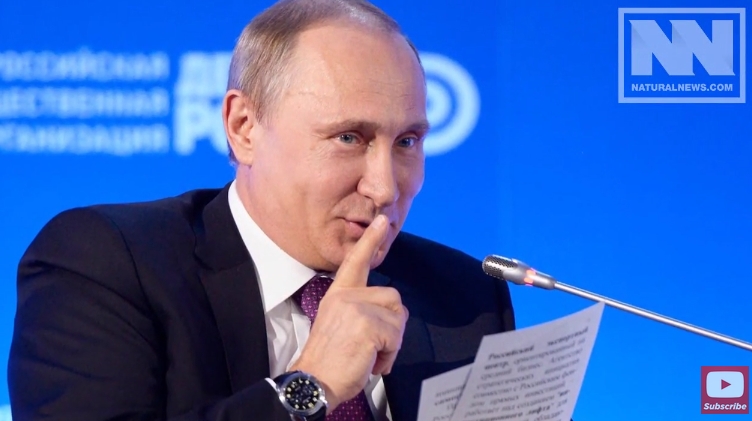 A Russian news outlet claimed the country has an electronic signal jamming weapon that could disable planes, ships, and missiles, according to an article published in TheSun.co.uk. This weapon could erase the entire US Navy with a single, cutting-edge “electronic bomb”. The Russian Electronic Warfare (REW) troops could detect and “neutralize” any target from a radar, a ship’s navigation system, to a satellite. The report also claimed that several years ago, a single Russian war plane flew a few times around the USS Donald Cook in the Black Sea. It disabled the American destroyer’s systems, rendering it useless. The propaganda report even claimed to have high-ranking U.S. General Frank Gorenc saying, “Russian electronic weapons completely paralyze the functioning of American electronic equipment installed on missiles, aircraft and ships.” A U.S. military spokesperson has denied General Gorenc ever uttering these words.

This news comes after U.S. President Donald Trump dispatched the USS Carl Vinson alongside a score of destroyers, a cruiser, and one submarine, to the Korean Peninsula. USS Carl Vinson is powered by nuclear reactors and carries nearly 100 aircraft.

It is believed that President Trump is boosting the deployment of American troops in the region. President Trump has said he will send the USS Ronald Reagan and the USS Nimitz to the Sea of Japan soon. It is thought that Russia along with China have sent a spy ship to the Korean Peninsula to thwart the American forces dispatch amidst the ever-growing tension in the region. The movements of the U.S. battleships in the region were also due to the comments made by Russian President Vladimir Putin. He urged the U.S. to show restraint.

At the brink of World War 3?

Putin has called for restraint as the mounting dispute between the U.S. and North Korea continues to escalate. Even China warned both nations not to take this course of action.

North Korea’s Supreme Leader Kim Jong-Un has been carrying out a series of nuclear tests and military exercises, which President Trump sees as provocation for war. Senior U.S. intelligence officials have said President Trump is all set to launch a pre-emptive strike if the nuclear tests by North Korea continue. Recently, Russia issued a statement, asking both sides to show restraint. Dmitry Peskov, a Kremlin spokesman, urged both countries to refrain from taking any actions that could potentially lead to war. Even Chinese Foreign Minister Wang Yi pleaded both countries to step back from going down “an irreversible route”.

In case an all-out nuclear war breaks out between the two nations, there would be no winners. Yi urged both sides to stop sending threats and provocations to each other, and take a more civil approach to end the dispute. Related: Follow more developments on WWIII at WWIII.news.

Now that a massive U.S. fleet is in the Korean Peninsula, tensions will continue to rise as long as the threats between the two nuclear-powered nations exist. Trump claims he is ready to deal with the Korean “problem”. But the secretive North Korea, through Vice Foreign Minister Han Song Ryol, retorted that whatever comes from the U.S., they will cope with it. He further said that they are prepared to handle any situations. Han Song warned they are ready to go to war if they choose.