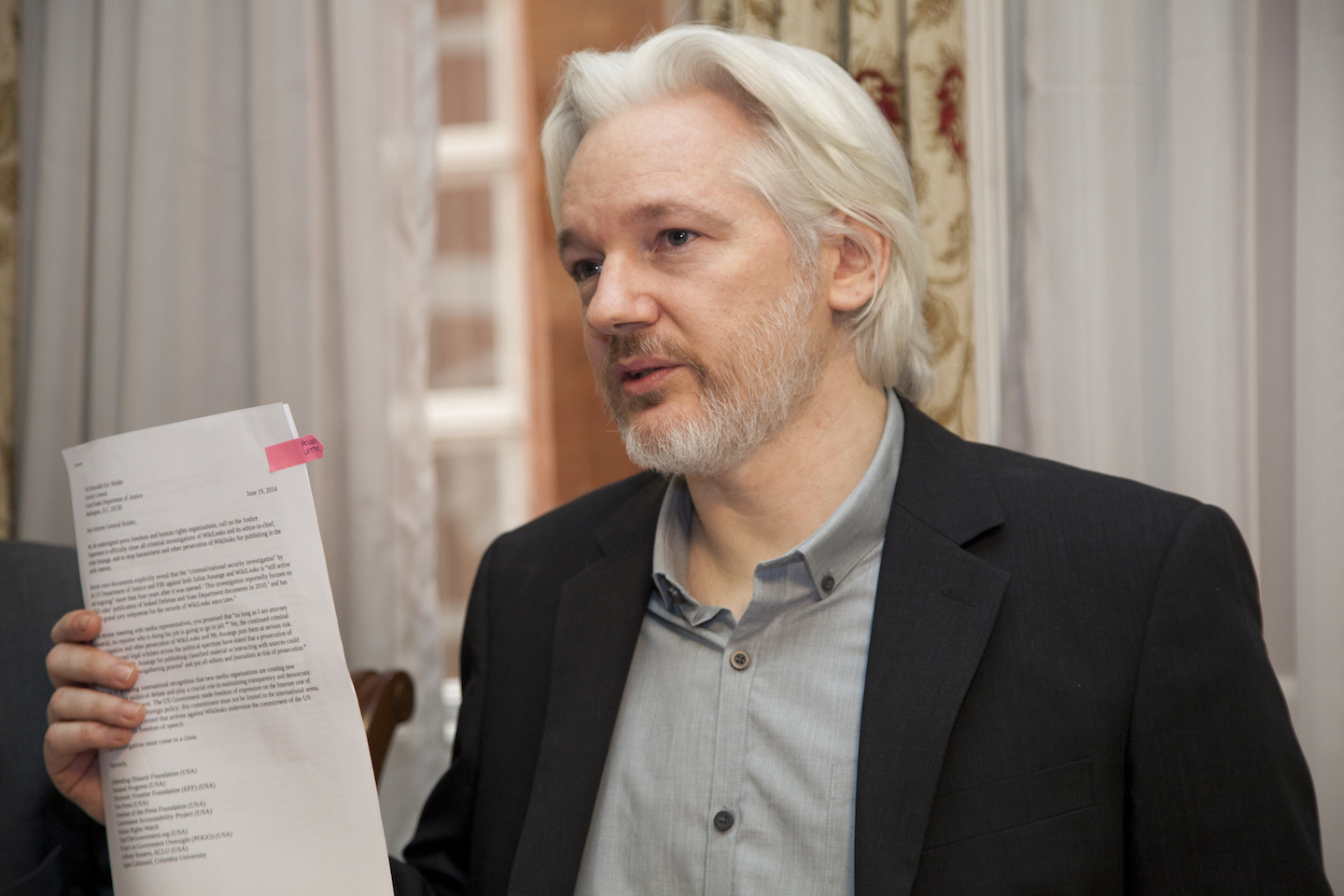 After years of looking for a way to silence WikiLeaks founder Julian Assange, whose site has been responsible for publishing revelation after revelation about the back-handed deals and illegal activity undertaken by political organizations, public figures and governments, the U.S. government appears set to arrest him and charge him with espionage.

Only, if that happens, the government should also be charging several “mainstream media” reporters who also published sensitive intelligence information given to them by various Deep State sources.

As reported by CNN, a formal probe of Assange began in 2010 during the Obama administration, which sought some form of legal retribution after WikiLeaks published thousands of documents provided by a former junior U.S. intelligence analyst, then known as PVT Bradley Manning, but who now goes by Chelsea Manning. (RELATED: Are the Feds going to arrest Wikileaks’ Julian Assange?)

But the problem Obama prosecutors ran into was constitutional: The First Amendment, they believed, prevented the government from going after the publisher of classified data, in part because such information had also, in the past, been published by U.S. newspapers, networks and news sites as well. CNN noted:

During President Barack Obama’s administration, Attorney General Eric Holder and officials at the Justice Department determined it would be difficult to bring charges against Assange because WikiLeaks wasn’t alone in publishing documents stolen by Manning. Several newspapers, including The New York Times, did as well. The investigation continued, but any possible charges were put on hold, according to US officials involved in the process then.

Now, however, prosecutors in the Trump Justice Department believe they have found a way to proceed against Assange. The view of Assange and WikiLeaks by the U.S. government started to change somewhat after prosecutors claimed to have found collusion between WikiLeaks and former NSA contractor Edward Snowden, who leaked volumes of classified data about the U.S. intelligence community’s spying on American citizens, as well as other violations of the law.

What role Assange allegedly had has not been made clear, but he has stated on numerous occasions that WikiLeaks is merely a vehicle for such information, a repository and publisher – and does not collude with potential leakers to help steal sensitive data.

Continuing, Pompeo added: “It’s time to call out WikiLeaks for what it really is: A non-state hostile intelligence service often abetted by state actors like Russia.”

CNN went on to push the discredited fake narrative that Russia used WikiLeaks to push negative information about Democratic presidential nominee Hillary Clinton – another charge that Assange has repeatedly denied – but the government’s planned prosecution of Assange raises another question: What to do with the reporters who also colluded with the leakers to publish their blockbuster stories?

They would include Glenn Greenwald of The Guardian and his colleague, Ewen MacAskill, who both ‘aided and abetted’ Snowden by interviewing him and allowing him to pass them the information he stole from the NSA.

It would also include Barton Gellman and Laura Poitras of The Washington Post, who ‘aided and abetted’ Snowden by publishing top secret details about ongoing NSA programs. They were aided by reporters Aaron Blake and Greg Miller, among others, in subsequent reporting.

For that matter, what about The New York Times’ Michael S. Schmidt, Matthew Rosenberg and Matt Apuzzo for ‘aiding and abetting’ the improper and likely illegal unmasking of former Trump National Security Advisor Michael Flynn? (RELATED: If Trump Is A Putin Stooge, Then How Come Russia Benefitted So Much During The Obama Presidency?)

Didn’t all of these journalists do what Assange did – serve as a public conduit for sensitive intelligence information that was illegally leaked to them?

What form of collusion did they engage in to get their stories and information? Does anyone seriously think these veteran reporters were chosen at random?

If the Justice Department is going to hold Assange accountable for being an intelligence information clearing house, then they should also hold individual journalists and their publications equally accountable. They’ve both done the same thing.