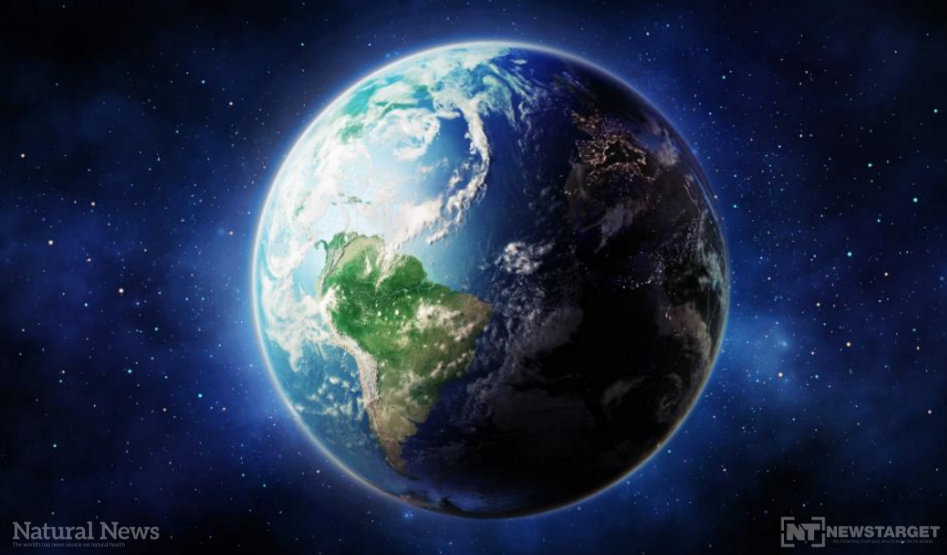 Scientific American cited data from the Mauna Loa Observatory, which claimed that its latest carbon dioxide reading had risen to its “first-ever” reading “in excess of 410 parts per million,” or, more specifically, 410.28 ppm.

“It’s a new atmosphere that humanity will have to contend with, one that’s trapping more heat and causing the climate to change at a quickening rate,” said the report.

If humans are now causing all of this dramatic warming of the earth – by using fossil fuels – does that mean an ancient civilization also existed millions of years ago that had similar technology that we just don’t know about?

Because as far as I know, humans haven’t been around that long, in terms of the entire history of Earth’s existence. And besides that, who was around millions of years ago to measure the amount of CO2 in the air?

Since these idiots will never stop pushing the “Human-caused global warming” hoax, we can never stop refuting it. Here goes.

First of all, anyone who believes that climatologists and other climate-related scientists and researchers are not influenced by politics (and research funding) are kidding themselves. Secondly, that the Earth may be warming (generally speaking, it is not) may be more of a regional phenomenon (El Nino), but the effect is not the same as the cause.

As Jay Richards, executive editor of The Stream, notes:

There’s a lot more agreement about (1) a modest warming trend since about 1850 than there is about (2) the cause of that trend. There’s even less agreement about (3) the dangers of that trend, or of (4) what to do about it. But these four claims are often bundled together. So, if you doubt one, you’re labeled a climate change “skeptic” or “denier.” That’s dishonest. When well-established claims are tied with other, more controversial claims, and the entire bundle is labeled “consensus,” you have reason for doubt.

Then, of course, there is competing scientific data. Recent research by Japanese and Chinese scientists has confirmed that globally speaking, while there may be pockets of warming, there are also pockets of cooling, leading overall to a global warming “pause” that has lasted nearly 20 years.

In fact, according to this press release:

The increasing rate of the global mean surface temperature was reduced from 1998 to 2013, known as the global warming hiatus or pause.

Also, as The Daily Caller noted Saturday, our air is cleaner now than it has been ever, and yet the global warming/climate change hysteria continues. The EPA’s own data prove it: Air pollutant concentrations and emissions have dramatically fallen since 1970. In fact, “the combined emissions of six criteria pollutants regulated/monitored by the Environmental Protection Agency (EPA) fell 71 percent in that time,” The DC reported. (RELATED: Read  EPA chief Pruitt truth bomb: No, ‘carbon dioxide’ does not contribute to ‘global warming.’)

Releases of toxic air from industrial operations have fallen even more dramatically – down 56 percent since 2005, while lead concentrations are down 99 percent since 1990 and carbon monoxide is down by 77 percent, the EPA has reported.

Granted, other countries have ramped up industrial operations as they modernize, most notably China and India. But the activities of those countries are not solely responsible for the climate of an entire planet.

Which leaves us with this logical conclusion: Whatever earthly phenomena may have led to a rise in CO2 levels “millions of years ago” are very likely at play now, not cattle farts, SUVs and microchip factories.