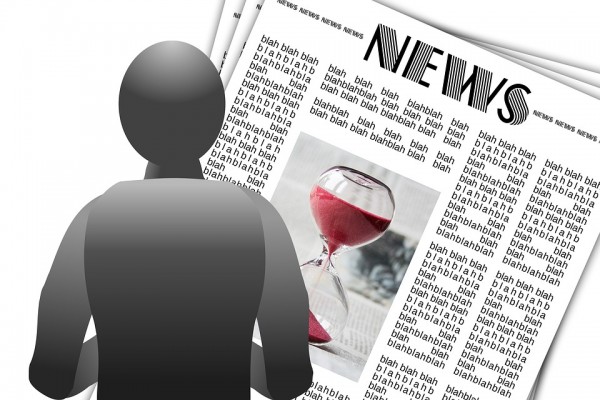 A recent sting operation by Facebook has uncovered a massive scheme involving fake accounts that were planting “likes” on certain pages in order for them to fraudulently gain more followers. Caught in the fray was none other than USA Today, which apparently had nearly five million fake page followers that almost instantly disappeared after Facebook shut the whole thing down and issue an announcement.

As part of an ongoing plan to eliminate spam from its system, Facebook uncovered the fake user ring after observing that many user accounts were being suspiciously created for the sole purpose of liking certain pages, only to go dark not long after. In a statement, Facebook explained how it identified what was going on, and the action it took in response.

“The apparent intent of the campaign was to deceptively gain new friend connections by liking and interacting primarily with popular publisher Pages on our platform, after which point they would send spam,” Facebook said in a statement. “We observed that the bulk of these accounts became dormant after liking a number of Pages, suggesting they had not been mobilized yet to actually make connections and send spam to those people.”

As Facebook started deleting these fake accounts en masse, it noticed that many popular news sites such as Fox News and The New York Times were losing, on average, less than three percent of their followers, suggesting that the majority of these pages’ likes were legitimate. But for USA Today, that number was higher –a lot higher.

According to data released by CrowdTangle, USA Today’s Facebook page had about 15.2 million likes just prior to the takedown of all the fake accounts. Almost immediately after, that number dropped to 10.2 million, a decrease of 32.38 percent. No other Facebook page lost as many followers during this time as USA Today, which appears to suggest that the news site may have been involved in padding its own follower numbers.

The obvious purpose of faking Facebook likes is to make one’s page appear more popular online than it actually is in real life. Search engines also love all these extra fake likes, as they tend to promote a business or website higher in the search engine rankings, thus driving more business to the site.

Based on this, it would seem as though USA Today may have had a hand in creating at least some of those five million missing likes that suddenly disappeared after Facebook purged them all from its system. After all, no other Facebook page had nearly this many likes  go missing following the purge, and the news outlet’s former social media content and strategy head had bragged just this past January that USA Today was the “fastest-growing FB page in news.”

Even so, USA Today denies that it had any involvement in the scheme, and even went so far as to publish its own report on the purge, crediting Facebook for “breaking up fake account ring targeting publisher pages.” However, this extol has all the trappings of damage control, not to mention the fact that the story spun the takedown to make it appear as though the fake accounts were trying to help boost traffic for pages other than the ones they had actually liked.

“USA TODAY NETWORK takes great pride in our journalism and the trust our consumers and advertising partners have in us,” reads a statement issued by Maribel Wadsworth, the chief transformation officer of Gannett and USA TODAY NETWORK.

“Since we first brought this issue to Facebook’s attention, we have been in close communication with them and look forward to a swift solution that prevents this illegitimate activity from happening on our Facebook page in the future.”