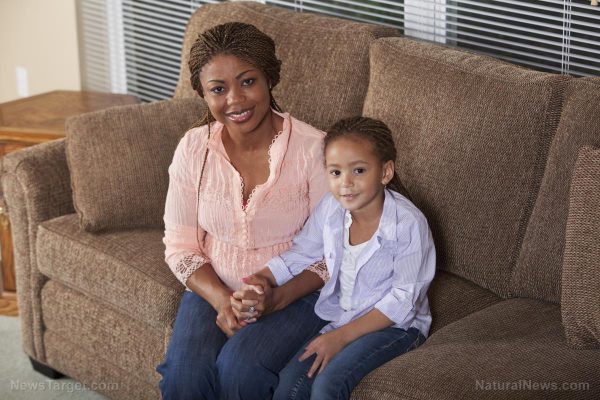 Thyroid cancer is growing at a faster rate than any other cancer in the United States. In fact, the number of cases has increased consistently by about 7 percent each year for the last 20 years, and has skyrocketed by a massive 74 percent in the U.K. in just the last decade. At the same time, the use of flame retardant chemicals in many different products, including sofa upholstery, electronic items, carpets, airplane and vehicle parts, insulation and even children’s clothing and strollers, has increased exponentially.

A recent study by the Duke Cancer Institute and Duke University’s Nicholas School of the Environment sought to examine the link between these two facts. The results of the study were disclosed at the ENDO 2017 meeting in Orlando, Florida, at the beginning of this month.

The researchers determined that greater exposure to flame retardant chemicals appears to be linked to an increased risk of papillary thyroid cancer. Families are exposed to these chemicals through household dust, which enters the body via our hands and the food we eat. Children are particularly at risk. (RELATED: Find out which common grocery store foods contain flame retardants, here.)

Flame retardants are endocrine disruptors; in other words, they interfere with the body’s delicate hormonal balance, including the functioning of the thyroid.

For their study, scientists took blood samples from 140 people with or without thyroid cancer. The study participants had all been living in their houses for an average of 11 years, and samples were also taken from the dust in their homes. The study found a distinct link between exposure to flame retardants and the risk of developing thyroid cancer. It also determined that such exposure led to the development of more aggressive tumors in some patients.

Two of these chemicals – decabromodiphenyl ether (BDE-209) and tris (2-chloroethyl) phosphate (TCEP) – were found to carry the greatest thyroid cancer risk. In fact, the study participants who had the highest levels of BDE-209 in the dust samples taken from their homes were 2.3 times more likely to have developed thyroid cancer. In homes where dust was found to contain higher levels of TCEP, patients who had developed thyroid cancer had larger and more aggressive tumors, while where the dust had higher levels of BDE-209, the tumors were not as large or as aggressive.

“Taken together, these results suggest exposure to several flame retardants may be associated with the diagnosis and severity of papillary thyroid cancer, potentially explaining some of the observed ‘epidemic’ in the incidence of this disease,” said Heather M. Stapleton, associate professor of Environmental Chemistry and Exposure Science at the Nicholas School of the Environment.

These particular flame retardant chemicals were phased out in the U.S. in the early 2000s. In like manner, PBDEs were banned in the U.K. in 2004, and TCEP became illegal back in 2001. Nonetheless, these compounds have proven to persist in the environment for many years, and can be found in both food and household dust in large quantities. Yale Environment 360 notes that levels of these chemicals have actually been doubling in the bloodstreams of Americans every two to five years for decades.

Many families also still have older furniture, televisions and other items, meaning they continue to be exposed to risk.

As noted, children are particularly vulnerable to the effects of these chemicals, and those effects are not limited to the development of cancer.

A 2014 study by Simon Fraser University, published in the journal Environmental Health Perspectives, found that children exposed to flame retardant chemicals while still in the womb have an increased risk of becoming hyperactive, and have been found to have a lower IQ at the age of 5.