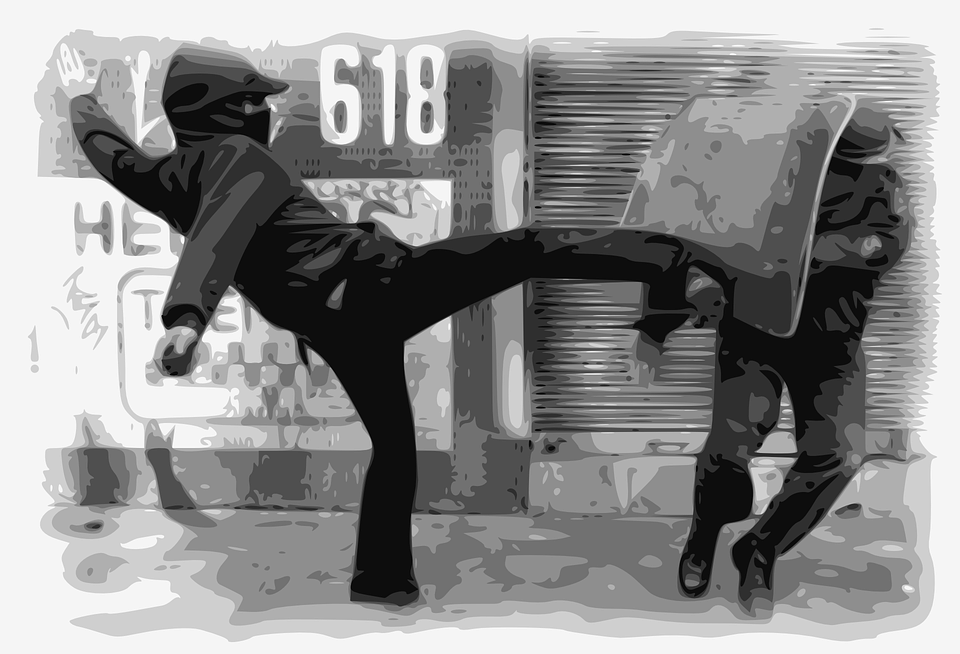 In the weeks before the Nov. 8 elections, Natural News founder/editor Mike Adams, the Health Ranger, warned that if then-GOP nominee Donald J. Trump won, the Deep State would work against him to crash the U.S. economy so he would take the blame.

Very soon after Trump takes office, the globalist criminal bankers will deliberately crash the global debt bubble so they can blame it all on Trump. Supported by the lying, wholly dishonest propaganda media (CNN, WashPost, NY Times, etc.), global info-terrorists like George Soros will call for Trump’s impeachment.

He went on to predict that the political establishment “as we know it” also would not survive intact.

We may be about ready to see all of this play out. (RELATED: America’s Total Credit Card Debt Is More Than $1 Trillion… Shouldn’t We Be Worried?)

As noted by SHTFPlan.com, according to former intelligence operative Jim Rickards, the primary reason why the U.S. economy so far has avoided a destabilizing collapse that would essentially end life as we’ve come to know it in America has much to do with confidence. That is, confidence in the U.S. government’s ability to sustain itself, in the nation’s economy generally speaking, and consumer confidence, which admittedly has been much higher since Trump’s victory.

But “it’s only a matter of time before the machinations and manipulations of central banks, governments and financial institutions lead to a total destabilization of the system,” SHTFPlan.com reported.

When that time arrives – in the form of a credit market that has seized up, a massive stock market collapse, or the tanking of the U.S. dollar – Rickards said in a recent interview with Greg Hunter’s USA Watchdog that you’ll be denied unfettered access to your own assets.

Rickard, in the interview, said that there’s no avoiding another major economic collapse.

“The point of my books, ‘The Death of Money’ and my more recent book ‘The Road to Ruin,’ is that these are like snowflakes building up to cause an avalanche. The avalanche is the instability of the financial system as a whole,” he said.

The concentrations of assets among the banks, the interconnectedness of the system, and almost a $1 quadrillion, not $1 trillion, $1 quadrillion [emphasis added], that’s a $1,000 trillion of notional value of derivatives, all these things are unstable. What does it take to cause that avalanche? What does it take to cause a loss of confidence in the system? These are major body blows. When you say the government will shut down or you say the government can’t borrow, the Congress is really playing with fire here. We are going through some very dangerous periods. I am not saying the system is going to collapse in the next 30 days. I am saying the system is very vulnerable to collapse, and it will collapse sooner than later. These are the kind of things that can cause it. . . . We are really playing with fire here.

Indeed, Congress faces a dilemma when it returns from its current recess. Just days – five days, to be exact – after lawmakers get back to work at the end of April, they will have to hammer out the details of a spending bill that will balance Trump’s spending priorities with those of the Democrats, since the latter, though in the minority, will be needed for final passage.

And it already doesn’t look good. As I reported at The National Sentinel, “Democrats are angling to get the government shut down” because they so oppose primary fiscal policy goals of the president.

“You’re going to be in the middle of a panic, whether it’s three months, six months, nine months for the [International Monetary Fund] to issue SDRs [Special Drawing Rights], or to convene a global monetary conference, or push the legislative process… Whatever it is, it’s going to take some time,” Rickards said. (RELATED: This must-see interview with James Rickards will make you completely rethink your financial preparedness for the coming collapse)

“What they’re going to do is lock down the system, close the banks, close the money market funds, suspend redemptions, close the New York Stock Exchange,” he continued.

That will lead to riots, attacks on banks, looting and general mayhem. And Trump, he said, already has enough going against him.

“There is the Deep State, the resistance, the media and even the Republican Party as we saw in the Obamacare repeal,” he said. “They want one of two things.  They want to impeach Trump and remove him from office, force him to resign or, at a minimum, make him so ineffective he is a place holder until the next election. They are not out to oppose the Trump Presidency, but to destroy the Trump Presidency. This is extraordinary, and I call it America’s New Civil War.”