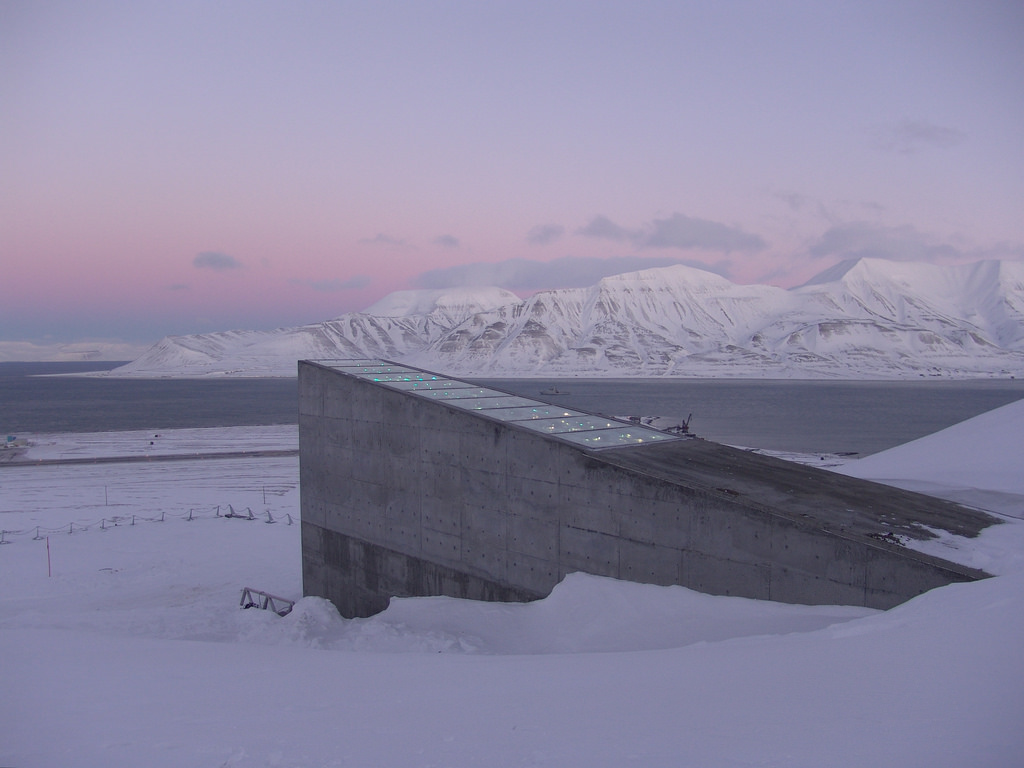 The world’s most important books are now protected from the apocalypse. The second “Doomsday Vault,” called The World Arctic Archive, opened in the frozen wasteland of Svalbard, Norway. It is situated alongside the Global Seed Vault which stores a massive collection of seeds needed for humanity to survive should the food supply run out. (RELATED: Discover the doomsday seed vault’s secrets.)

Representatives from Mexico, Norway, and Brazil would be the first to save a copy of their files in the vault. “There is a special feeling that I should save my nation’s memory on the Arctic island,” says Eric Cardoso from Mexico’s National Archives. As of this writing, the U.K. and U.S. have not chosen to store any of their national archives in this vault. It is hoped though that more countries will opt to store their most important documents in this library at a later time.

These precious books will be filed in digital form, however, they will be stored on film rather than hard drives. This new technology was developed by the tech firm Piql who conducted extensive research on the various forms of storage. It was found that film is the most durable and technologically-advanced. Moreover, data stored on film cannot be destroyed by a cyber attack. Katrine Loen Thomson, a Norwegian national broadcaster from Piql said, “we believe that we can save the data using our technology for a whole 1,000 years.”

The film will be placed deep inside a mine that is frozen in permafrost. This keeps the mine a constant temperature.

Svalbard: The safest place to store?

Authorities agree that this ice wasteland is the best place to store priceless items. The 1920 Svalbard Treaty signed by 42 countries made the archipelago a sovereign of Norway and a demilitarized zone. Svalbard also scores high compared to other genebanks around the world.

“We can be reasonably confident that no military attack will happen,” says Pål Berg of SNSK, a Norwegian coal mining firm.

Should an apocalypse occur, items located in either vault would be protected. The storage facilities are made from sandstone which is low in radiation and incredibly durable. Each vault also has a reliable source of energy from the local coal supply. Items are stored 120 meters into the rock, making each vault room naturally frozen. This protects against any mechanical cooling system failure or rising external air temperatures caused by climate change.

What are the chances of an apocalypse?

There are conflicting views on whether or not we will actually experience anything of an apocalyptic nature. There are those who insist that society has never been more peaceful since the Cold War. Yet, recent political tension and foreign relation issues have brought up the possibility of World War Three. Zombie apocalypse aside, scientists are more concerned about deliberately-engineered pathogens or high-tech missiles capable of being launched to any country in the world.

However it starts, a deadly global war could potentially change political hierarchies around the world. Global powers might shift in an instance. More worrisome is the fact that warfare has become more sophisticated and dangerous compared to any other time in history. Military tactics still call for ground, naval, and air support but it must be recognized that technology is the keystone to survival. A single push of a button can determine who wins and who is destroyed.

There is also a communications concern. Take note that 80 percent of Nato’s military communications are supported by commercial satellites. Unconfirmed reports say that certain countries are working on anti-satellite technologies that specifically target space systems. The U.S. military budget for space war strategy was approved a $5 billion. It would appear that while there are no definitive answers, it would still be prudent to prepare for any eventuality.