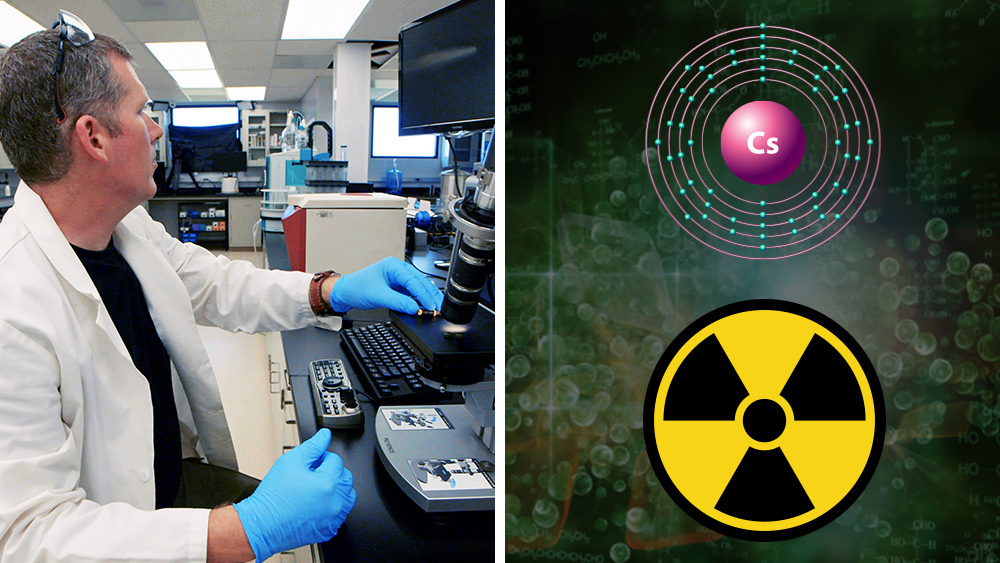 “Cesium Eliminator”, a patented invention by the Health Ranger, could help save million of lives in case of nuclear catastrophe.

Mike Adams, the Health Ranger, has been awarded the patent US 9526751 B2 for a breakthrough formula known as “Cesium Eliminator“.

This unique formula eliminates radioactive cesium isotopes from the gastrointestinal tract. Adams developed the dietary supplement formula to help save lives in case of a nuclear accident or nuclear disaster. Cesium Eliminator is derived from a patented combination of zeolites and selected dehydrated seaweeds. It is extremely efficient in binding with and eliminating cesium-137 in the gut. Adams has announced he is donating the manufacturing and licensing rights of his invention to any state or national government that wants to protect its population against the threat of nuclear war. At the moment, 10,000 kg of raw materials used for the formula is stockpiled in a warehouse in Texas.

He intends to produce and donate his invention at no cost to victims of nuclear strikes that could happen in the U.S.

Cesium-137 is a radioactive isotope created in the aftermath of radioactive disasters like those seen in Fukushima and Chernobyl. Extremely long-lasting, cesium-137 can continue to contaminate an area for more than 200 years.

What happened in Chernobyl as well in Fukushima is a serious testament to how dangerous cesium-137 can be. If ingested, it will irradiate the body from the inside. This can lead to several life-threatening diseases such as cancer or even death.

Health Ranger’s Cesium Eliminator eliminates the presence of radioactive isotopes in the body. Adams emphasizes that this is not a “vitamin” or a regular supplement. It is a dietary supplement formula taken only in severe cases of radioactive contamination.

Cesium Eliminator can be mass-produced for local, state, or national governments use. The facility responsible for manufacturing the formula is located in Texas. It has all the necessary certifications and permits to ensure it operates with strict compliance to the law (ISO, FDA, and USDA requirements).

This breakthrough formula by the Health Ranger — which he is willing to donate — gives people the best chance of warding off the extreme effects of nuclear disasters.

Award-winning author of the bestselling science book on Amazon “Food Forensics”, Adams is famously known for raising the alarm on mercury vaccines, glyphosate in foods, and the corruption within the lucrative pharmaceutical industry.

Known as the Health Ranger, Adams has become a target of the world’s most nefarious industries.

The Health Ranger lab has also tested and published results of more than 600 municipal water samples in the U.S.