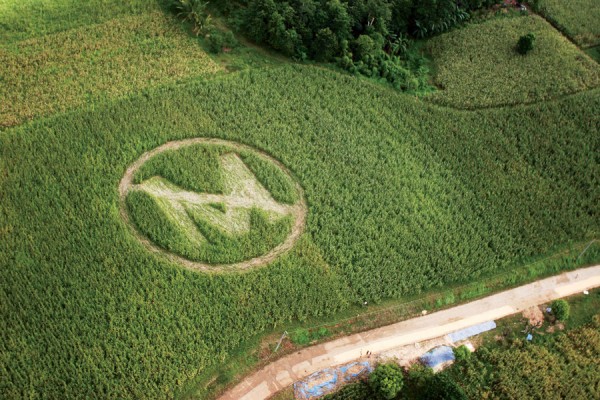 Recent lawsuits against Monsanto — arguably one of the world’s most evil corporations — continue to highlight the company’s wrongdoings and misdeeds. Many of their actions would have less-connected individuals locked up or worse, and yet, Monsanto continues to enjoy their position at the helm of the agrochemical and biotech industries.

Monsanto has even earned itself the nickname of “Monsatan,” a moniker perhaps more befitting of a company that has used its prowess to collude with the EPA to prevent the toxicity of a hazardous chemical from coming to light — but wait, that was Monsanto.

Recently, a judge unsealed documents that showed EPA official Jess Rowland actually promised Monsanto executives that he would find a way to stop another federal agency, the Agency for Toxic Substances and Disease Registry, from conducting their own assessment of glyphosate.

“If I can kill this I should get a medal,” Rowland said to a Monsanto employee, who then relayed their conversation to coworkers through an email. And it appears Rowland’s efforts worked, as the report on the herbicidal compound was never published.

Other emails have revealed that Monsanto’s William Heydens conspired to help ghostwrite a paper on glyphosate’s safety. Specifically, Heydens suggested that Monsanto could author the portions of the paper on exposure toxicity and genotoxicity. In the email, Heydens even recalled how the same method of ghostwriting was used to handle a similar study in the year 2000.

Then there is the letter from Marion Copley, a now-deceased former EPA scientist. Copley’s letter outlines a number of different ways by which glyphosate can cause cancer and other harmful health effects, such as endocrine disruption and immune system suppression. In the letter, Copley also describes the corruption at the EPA, begging her fellow scientists “to do the right thing” and not make decisions “based on how it affects your bonus.”

“For once in your life, listen to me and don’t play your political conniving games with the science to favor the registrants,” Copley pleads — to none other than Jess Rowland.

The collusion between Monsanto and the EPA is truly only the tip of the iceberg when it comes to Monsanto’s evil nature. Over the course of the company’s many years of existence, Monsanto has unleashed many a toxin into the world. Nary a decade goes by where the corporation isn’t stricken with controversy over some new hazardous chemical they’ve created. Their very first chemical was saccharin, an artificial sweetener, but it was soon followed by the development of PCBs. After 50 years, PCBs were banned due to their toxicity and devastating environmental effects.

After developing their first hybrid seed, Monsanto decided to round-out their company by developing industrial chemicals such as detergents, along with synthetic rubbers and plastics. They also ventured into the agrochemical business with the development of dioxin, a toxic pesticide. Eventually, Monsanto would join forces with DOW Chemical to create Agent Orange — we all know how that ended: Thousands of American soldiers and Vietnamese citizens were harmed by the use of this toxic concoction.

Internal memos revealed that Monsanto was well aware of how harmful Agent Orange would be to humans, even before it was sold to the US government.

Monsanto’s reign of terror doesn’t end with their production of toxic chemicals though, now does it? The GMO giant has also been destroying the agricultural industry from the inside out. GMO crops have been attributed to the rising number of farmer suicides in countries like India. In 2008, it was estimated that some 125,000 Indian farmers had taken their own lives, after being tricked into buying GMO seeds they couldn’t afford — and never getting the harvests they were promised. When unable to pay back their debts to the industry, these farmers were left with no recourse, and many resorted to unimaginable means to put their anguish to rest. And the number of farmer suicides has only continued to rise: In 2015, it was estimated that 300,000 farmers had taken their own lives in just the last 20 years.

In addition to all of this, the farming practices associated with GM crops and the chemicals that go along with them are destroying our environment and arable land at an unprecedented pace. Chemical fertilizers, pesticides and herbicides are not just contaminating our soil but our air and water supplies — as well as killing off wildlife in every arena.

To say Monsanto is evil is putting it mildly: This corporation, and others like them, are not just influencing our government, but destroying our planet and our food supply as we know it. (RELATED: Keep up with the latest Monsanto news at MonsantoMafia.com)