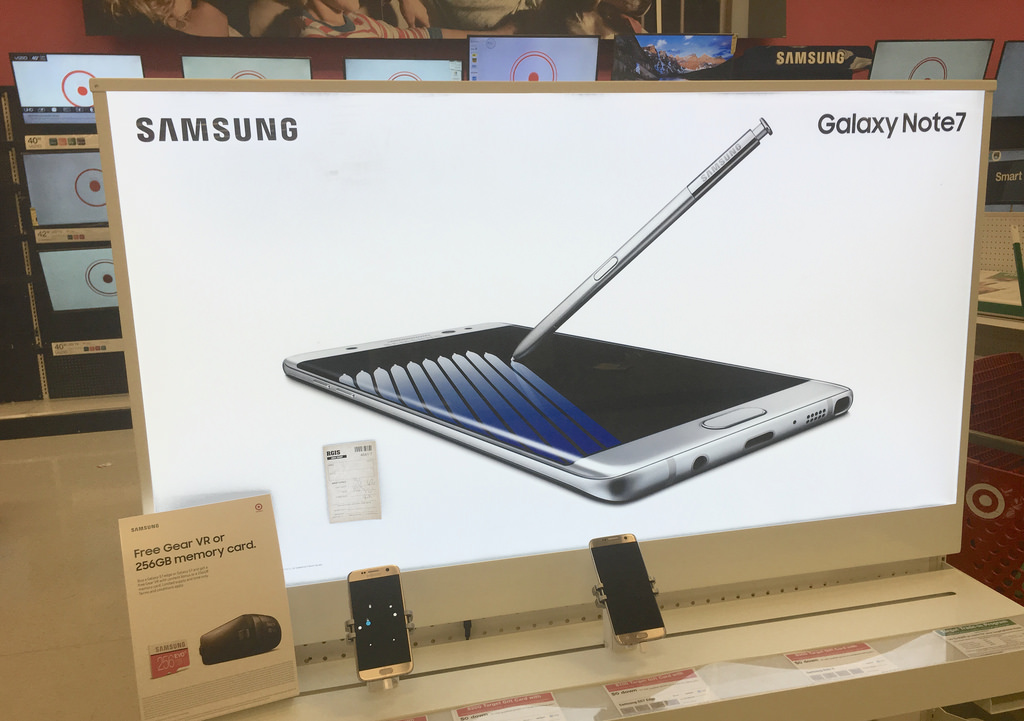 Before announcing the release of the Galaxy S8, Samsung has revealed that it will be reselling the Galaxy Note 7. After serious battery troubles forced the tech giant to issue a worldwide recall of the device in 2016, it appears that the Note 7 will be making a comeback.

The Note 7 will be re-released into the market with new batteries that have gone through rigorous new safety measures. Additionally, Samsung has announced that they intend on recovering and selling or using reusable components from the Note 7 devices they opted not to resell as refurbished units. These components include camera modules, chips, and rare metals such as silver, copper, and gold.

This move seems to have been made to address the problem of self-combusting Note 7 batteries, as well as environmental concerns over initial plans to simply dispose of the phones. The company itself has gone on to provide an official report that confirmed the batteries to be cause of the phones’ exploding and igniting. Following the recall, Greenpeace and other environmental rights groups vocalized their desire to see the recovered Note 7s dealt with in an environmentally-sound manner.

“The objective of introducing refurbished devices is solely to reduce and minimize any environmental impact,” stated a spokesperson for the firm.

Currently, however, there appear to be no plans to sell the new Note 7 outside of its home country. “Regarding the Galaxy Note 7 devices as refurbished phones or rental phones, applicability is dependent upon consultations with regulatory authorities and carriers as well as due consideration of local demand.” Samsung has stated. “[We] will not be offering refurbished Galaxy Note 7 devices for rent or sale in the US.” Though it appears that the company is still ironing out all the details of the handset’s reintroduction to the public. Among these are talks with carriers as well as local authorities.

A source has claimed that the company plans on selling refurbished Note 7s by July or August of this year. The goal is to sell between 400,000 and 500,000 units.

Samsung estimated that the decision to recall three million units cost the company over $5.5 billion over three quarters. It’s been speculated that Samsung will recoup some of its loses through this move.