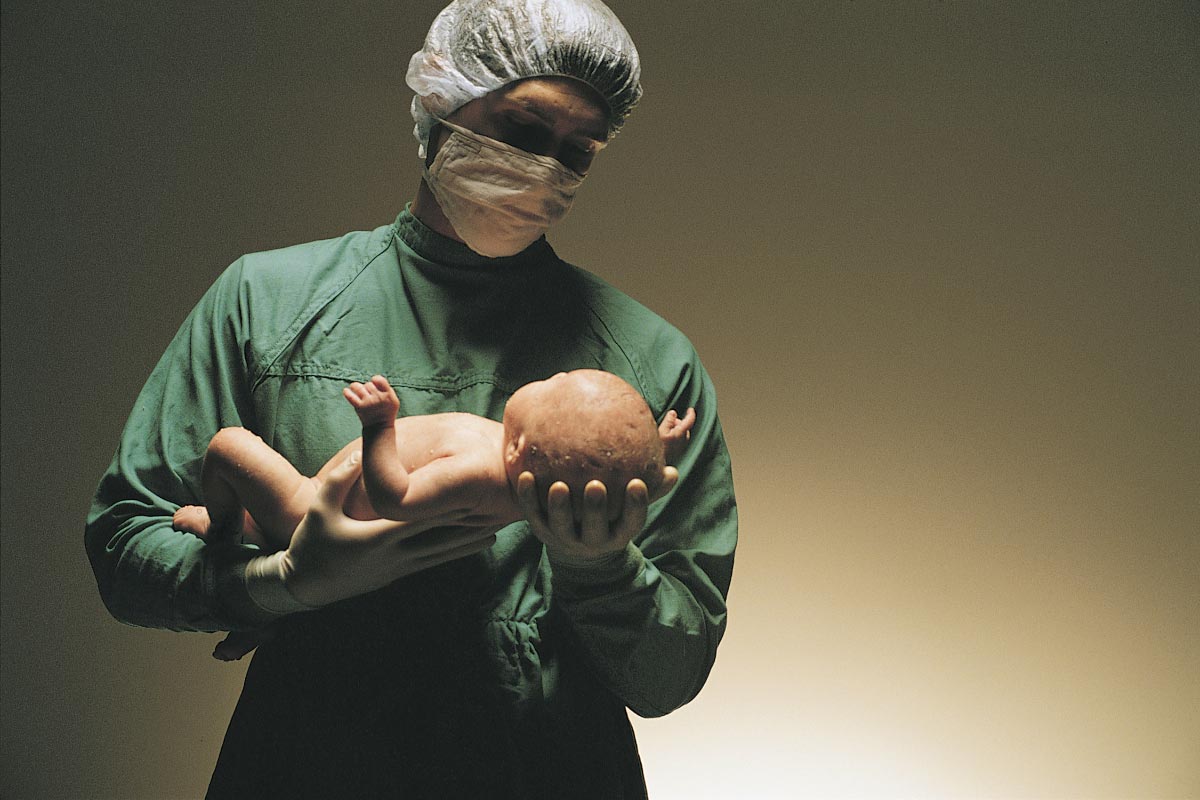 By now, you are surely aware that the U.S. war machine, under President Donald J. Trump, has launched cruise missiles against the Syrian government. The emotionally-charged justification for all this is that “beautiful babies” were being killed by chemical weapons. While the pro-war factions of the establishment elite are celebrating the missile strike, virtually the entire independent media is convinced that the “chemical attack” narrative is little more than a convenient false flag to justify “regime replacement” activities desired by America’s deep state. Even Ron Paul and Paul Craig Roberts have both asserted this.

President Trump’s explanation for the attack included these words:

Assad choked out the lives of innocent men, women and children. It was a slow and brutal death for so many. Even beautiful babies were cruelly murdered in this very barbaric attack. No child of god should ever suffer such horror.

If you replace the word “Assad” with “CDC” or “the vaccine industry,” it all makes even more sense. Vastly higher numbers of children right here in America have been “cruelly murdered” in the “barbaric attack” of toxic vaccines than have ever been killed by chemical weapons in Syria.

I agree with the President that “No child of God should ever suffer such horror,” but I wonder when this President will start working to stop the chemical assault on America’s children that’s being waged every day by the vaccine industry. No chemical weapon should ever be deployed against any child: Not VX Nerve Gas, not Sarin Gas and not toxic, brain-damaging mercury. The destruction of biological tissue with devastating effect is accomplished by all three of those substances (and many more, including glyphosate herbicide). Yet mercury is the only chemical weapon that’s deliberately INJECTED into children with devastating effect. You might even call mercury a “biological cruise missile” attack on brain tissue.

On the science side, there’s no question whatsoever that mercury is extremely toxic to human neurology. Even the CDC’s own research has conclusively proven that mercury in vaccines is toxic to children. As I wrote in a Natural News article earlier this year, entitled Health Ranger exposes chemical violence of mercury vaccines: The “war on children” must be stopped:

The CDC is a criminal operation that preys upon innocent children using fraudulent science. The “Vaccine Holocaust,” as it is sometimes called, is a deliberate and widespread assault on children using chemical violence. This war on children must be brought to an end in the name of compassion, sanity and legitimate science (not the fraudulent corporate science pushed by vaccine companies and the corrupt CDC).

Right now, mercury is still used in vaccines given to children and expectant mothers in the United States. This practice is barbaric, highly unethical and stands in horrific opposition to all the known science on the neurotoxicity of mercury. Those engaged in the continued pushing of mercury vaccines onto children are knowingly taking part in the most gruesome and dishonest medical science cover-up in the history of our world. It is time that parents, citizens, independent scientists and compassionate protectors of life took a stand against the child poisoners who are pushing mercury vaccines that cause permanent neurological disorders in children (including autism in some children).

This is why I continue to remind America that Vaccine Injury Denialism is the denial of fundamental human dignity.

If the test for whether an institution is “evil” is based on whether it deliberately uses chemical weapons against children, then the United States government itself — and the CDC in particular — is vastly more guilty of evil than Assad could ever achieve. The number of children damaged by state-sponsored vaccine violence in the United States is staggering. It’s a number so large that the lawsuits from families of damaged children would have wiped out the entire vaccine industry if not for an act of Congress that granted the vaccine industry absolute legal immunity for all chemical weapons deployed against children via immunizations. The CDC has already confirmed that vaccines given to children in America are deliberately manufactured with numerous brain-damaging ingredients, including aluminum, mercury, monosodium glutamate and formaldehyde. In addition, vaccine excipients that may cause permanent brain damage through a heightened inflammatory response include squalene, a chemical that’s already causing a rapid rise in extremely dangerous peanut allergies among America’s children. The CDC has confirmed that vaccines are also routinely made with African Green Monkey kidney cells and aborted human fetal tissue sourced from abortion clinics. (Note: We are beginning to publish vaccine insert sheets, which reveal vaccine ingredients, at the Natural News Reference website.) Robert F. Kennedy, Jr. has published an exhaustive scientific review of the toxicity of mercury in vaccines, and you can read some of the most powerful excerpts from his book at this article link. Kennedy’s opening paragraphs in the book explain why mercury is such a dangerous chemical in vaccines:

There is a broad consensus among research scientists that Thimerosal is a dangerous neurotoxin that should be immediately removed from medicines. Several hundred peer-reviewed scientific publications by the world’s leading research scientists, public health agencies, universities, and teaching hospitals have confirmed that Thimerosal is a potent neurotoxin that has never been proven safe for medical use and for which cost-effective alternatives exist.

Indeed, the evidence of Thimerosal’s neurotoxicity is so overwhelming and the lack of any safety data so complete that anyone who is willing to read science and who believes in the capacity for scientific methods to determine empirical truths must conclude that Thimerosal causes serious brain damage.

See this article as well: CDC vaccine scientist who downplayed links to autism indicted by DOJ in alleged fraud scheme.

If the only justification needed for launching Tomahawk missiles is the broadcasting of pictures of horrifically damaged children, then where is the outcry against the CDC and the vaccine industry? Surely the lives of American children are worth protecting against chemical weapons, too, right?

With a single signature, President Trump could order the CDC and FDA to outlaw brain-damaging neurotoxins in vaccines and end the chemical assault on America’s children by the vaccine industry. (No missiles or explosions required.)

So why hasn’t he done that yet? And how many more American children must be sacrificed to the vaccine industry before Trump will take decisive action to protect American children, not just the children of foreign nations?

The upcoming documentary series The Truth About Vaccines is about to explode onto the scene with even more shocking details about how vaccines are, indeed, a form of “state-sponsored chemical weapons” being deployed against America’s children right now. Register at this link to see all the episodes beginning April 12th. And share the following video animation everywhere: