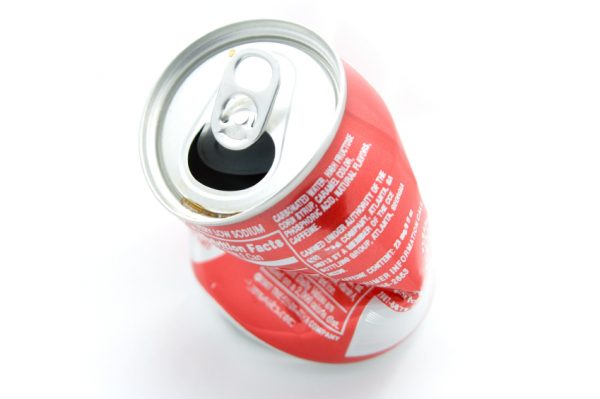 Is some obscure, faceless person or organization in Germany trying to damage Coca-Cola’s reputation? An incident at a Northern Ireland bottling facility in late March, certainly makes that seem like a distinct possibility.

When nightshift workers at the Knockmore Hill bottling facility in Lisburn, Ireland investigated to determine why one of the machines seemed to be clogged, they discovered that several unsealed cans appeared to be filled with human feces.

A horrified employee told the Belfast Telegraph, the paper which first broke the story, “It was absolutely horrific, and the machines had to be turned off for about 15 hours to be cleaned.”

Cans, which arrive at the bottling facility unsealed, are filled with Coca-Cola on site and then sealed with tops. Though the cans usually arrive in Ireland from within the U.K., in this instance, they had mysteriously arrived from Germany.

Coca-Cola released a statement in which they claimed that all of the affected cans had been impounded, and that no contaminated items had managed to escape detection and been put on sale. The Food Standards Agency confirmed that none of the affected products had reached the market in Northern Ireland.

A police investigation has been launched, and Coca-Cola is said to be cooperating fully with the Police Service of Northern Ireland (PSNI).

At Coca-Cola, we take the safety and quality of our products extremely seriously. We are aware of an incident involving empty cans at our plant in Knockmore Hill, Lisburn. We are treating this matter extremely seriously and are conducting a thorough investigation in cooperation with the PSNI. The problem was identified immediately through our robust quality procedures and all of the product from the affected batch was immediately impounded and will not be sold. This is an isolated incident and does not affect any products currently on sale.

Of course, some would argue that Coca-Cola products do not need to be contaminated with human feces to pose a threat to people’s health. Though soda is a staple part of many Americans’ diets, it poses several serious dangers to consumers’ well-being.

According to a study published in the American Heart Association’s journal Circulation, drinking soda increases your risk of developing heart disease. Diet soda is no better, and has been linked to the development of both strokes and heart attacks.

Drinking Coke and other sodas has also been linked to vision issues. In fact, one study found that patients with multiple sclerosis who stopped drinking diet soda, saw an improvement in both their vision and their hearing. The artificial sweeteners used in diet sodas have also been found to cause deteriorating eye health and memory loss.

Both diet and ordinary sodas also increase the risk of bone loss and eventually osteoporosis. This is especially true of women, for whom it causes bone mineral density loss.

Soda consumption also causes a multitude of stomach issues, including ulcers, acid reflux – also known as heartburn – irritation of the esophagus and stomach lining, and even cancers related to that irritation.

If you’re interested in aging gracefully, you should also note that soda interferes with your skin’s ability to retain moisture. It dries skin out, causes clogged pores and alters your skin’s natural balance of moisturizing oils. Basically, too much soda consumption is a shortcut to aging quickly and badly.

Perhaps the most obvious and well-known issue related to soda consumption is obesity and its by-product, diabetes. While regular sodas are simply loaded with sugar, even diet sodas pose a problem, since studies have found that their artificial sweeteners actually stimulate appetite, leading to overeating, and eventually, obesity. (To find out more about preventing diabetes, see DiabetesScienceNews.com)

So, all things considered, Coca-Cola and other sodas are just plain bad for you, and whether or not they contain human feces is pretty much irrelevant.